Jacobs: If Canadians do not pay tolls, 'we shouldn't either'

The state senator wants tolls on the Grand Island bridges suspended until Canadian drivers have to pay too. 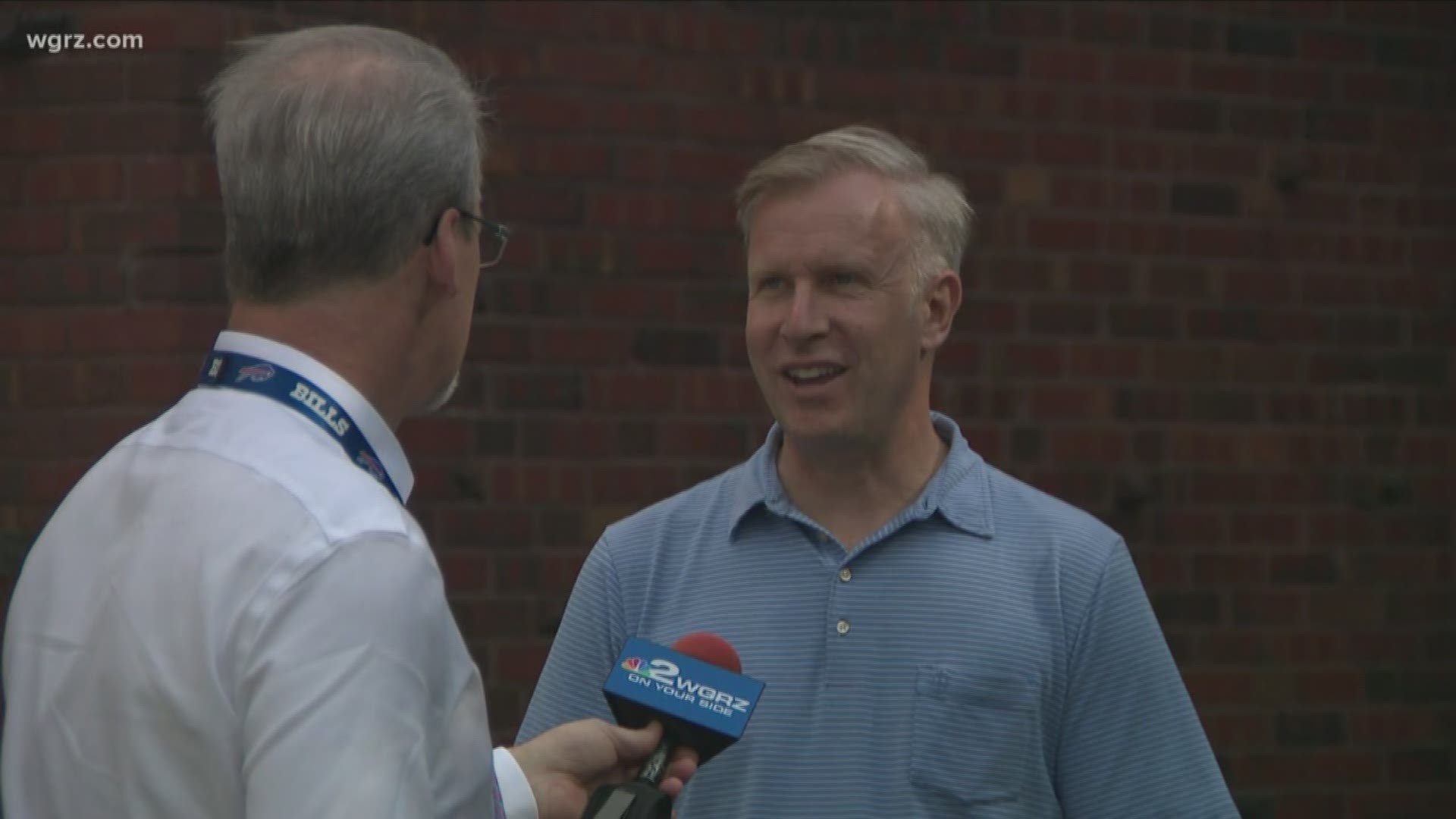 GRAND ISLAND, N.Y. — In the eyes of state senator Chris Jacobs, it's about fairness.

Because of the inability of the New York State Thruway Authority to secure agreements with provincial Canadian governments, drivers from north of the border probably aren't paying tolls on the Grand Island bridges.

And until the situation changes, the state senator from Buffalo wants all tolls on the bridges suspended, with Jacobs saying Canadian drivers are getting a "free ride."

This involves the so-called cashless tolling system at both sets of bridges.

For vehicles with an E-ZPass, the toll is automatically deducted from the owner's account. Without an E-ZPass, a picture of the license plate is taken and a bill for the toll is sent to the registered owner of the vehicle.

But that's not so for Canadian vehicles without an E-ZPass.

The Thruway Authority has yet to secure agreements with Ontario and other provincial governments, which would allow them access to registration information of those Canadian drivers.

2 On Your Side first reported on this issue last August, and it appears not much has changed since then.

Drivers passing through Grand Island tell us they're frustrated. 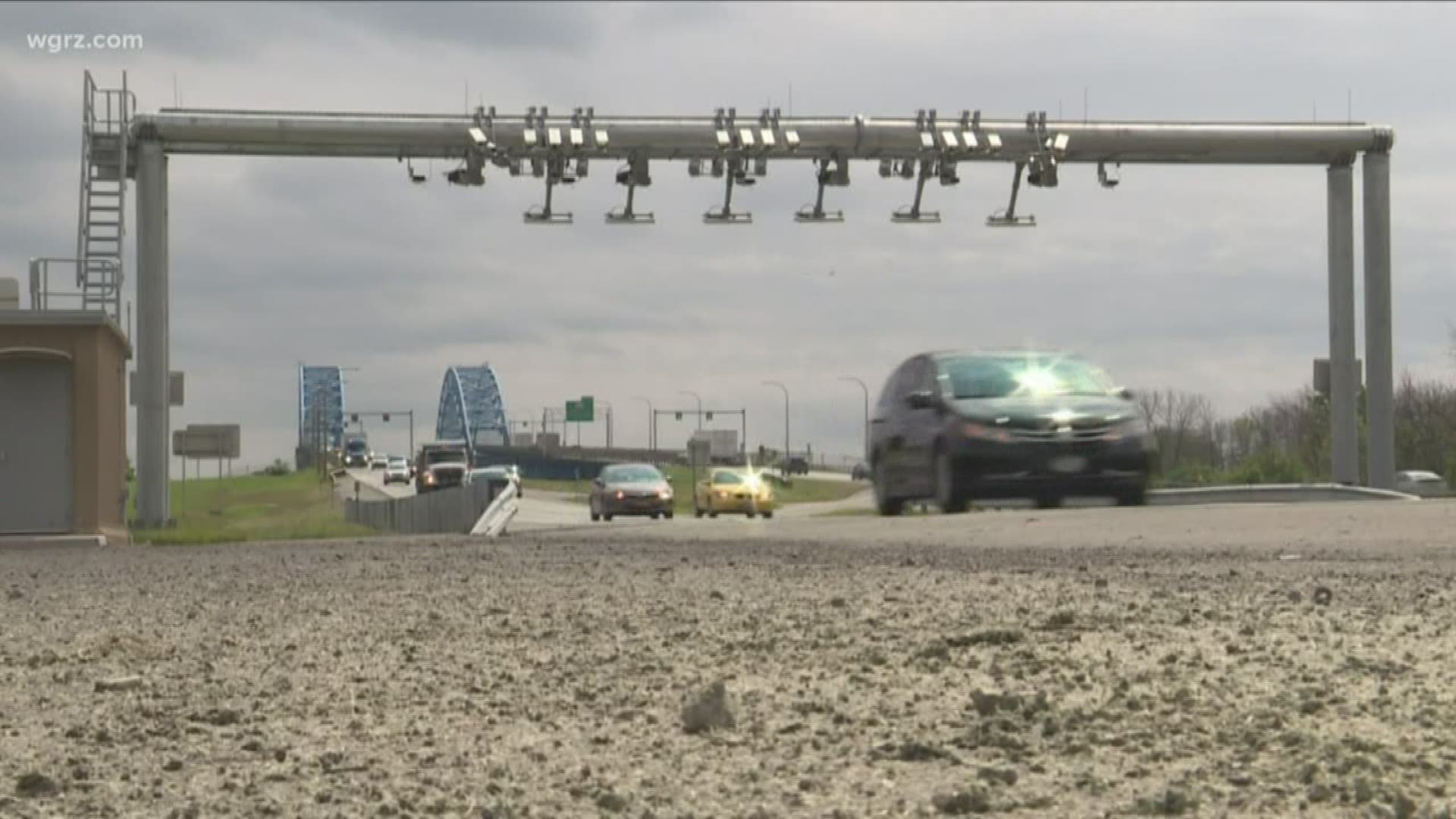 Fredonia resident Nicole Szymczak said, "If they can't figure out how to charge everybody equally, then I guess it's the state's own fault."

Greg Niederhauser of Michigan added, "They need to talk to the Canadians about it because they do a very good job at charging us, especially in the Toronto area that we know of, for their tolls. They just take a picture of your license plate and send it in the mail."

Senator Chris Jacobs agrees and that's why he's calling on the thruway authority to make a change.

Jacobs explained, "I think until the thruway authority resolves this and negotiates a deal with the provinces, I don't think anybody should have to pay. I don't think we should be subsidizing Canadian drivers."

This is the response we received from the thruway authority:

BACKGROUND: In 2018, the Grand Island Bridges accounted for $17.8 million in toll revenue. That would be lost revenue.

STATEMENT: “All motorists traveling through a Thruway tolling facility are expected to pay their tolls.  Canadian citizens, similar to other customers who do not have E-ZPass, have multiple options to pay their tolls. They can view their trip on the tollsbymailny.com website and create an account to pay for future trips as well.  They can pay per trip online at tollsbymailny.com; call our toll free number and pay over the phone or they can mail in their payment.

Jacobs says he will continue to fight the state when it comes to the Grand Island Bridges. He explained, "Inevitably I'd like to see those tolls gone, but at a minimum things have to be fair and this is not a fair arrangement."

The entire New York Thruway system is supposed to go completely cashless by the end of 2020.

Cashless tolls not cashing in on Canadian drivers