Niagara County legislators say the law is a violation of due process, Second Amendment. 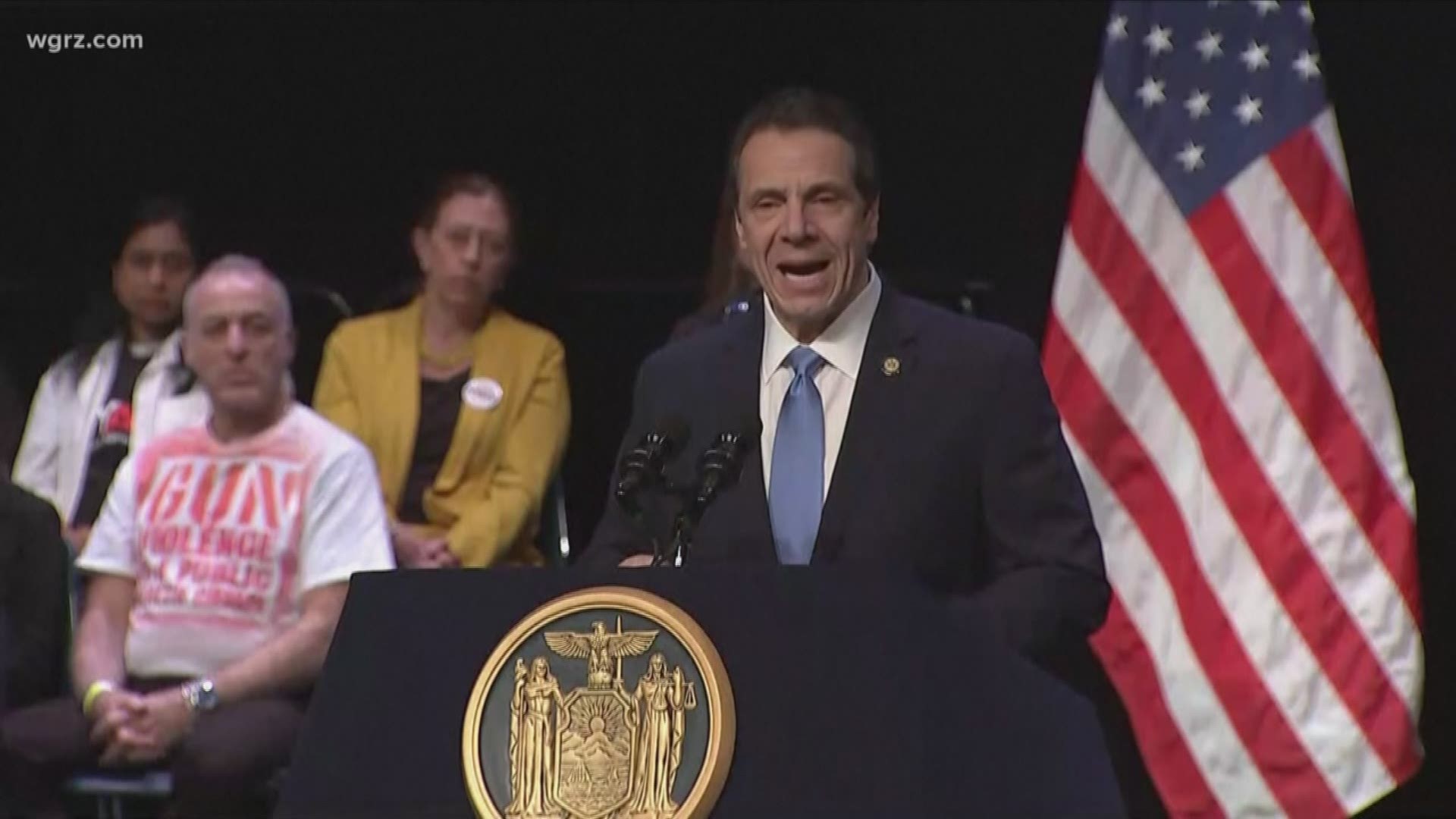 On Monday, Governor Cuomo signed the Red Flag Bill, which prevents individuals who show signs of being a threat to themselves or others from purchasing or possessing a firearm.

"Today New York is proud once again to pass a first in the nation" Cuomo said. "The Red Flag Bill that empowers school teachers to do something when they believe something bad is going to happen."

School administration, law enforcement or family members who see a person as a concern can go to a judge and get a court order that would seize and prevent purchase of guns for up to six days.

Since it's passage Monday, some people have said they believe it is unfair.

The Niagara County legislature unanimously passed a resolution stating that they believe the law is a violation of due process and Second Amendment rights.

"When you haven't even been found guilty or accused of anything, just by hearsay, I think the law is flawed in its inception" Niagara County Legislator Randy Bradt said.

Defense Attorney Barry Covert told 2 On Your Side that it could be a violation of due process.

"That's the arguments that are being made against this legislation, that it is a violation of an individuals Second Amendment rights to be subject to this, and it's a clear due process violation because there aren't procedures in place that are protective of your rights prior to the weapons being removed from your house" Covert said.

Covert says the problem is confiscating someone's guns without them being able to defend themselves in court first.

"You took my weapons based upon what some friend or neighbor or someone in my family said. Maybe my bitter spouse said and you didn't give me any due process before taking my weapons," Covert said.

However, Governor Cuomo has said no rights would be violated by this law.

The law will go into effect in six months.