The Sheriff's Office said they are investigating two more allegations involving the mishandling of remains of a baby and a veteran. 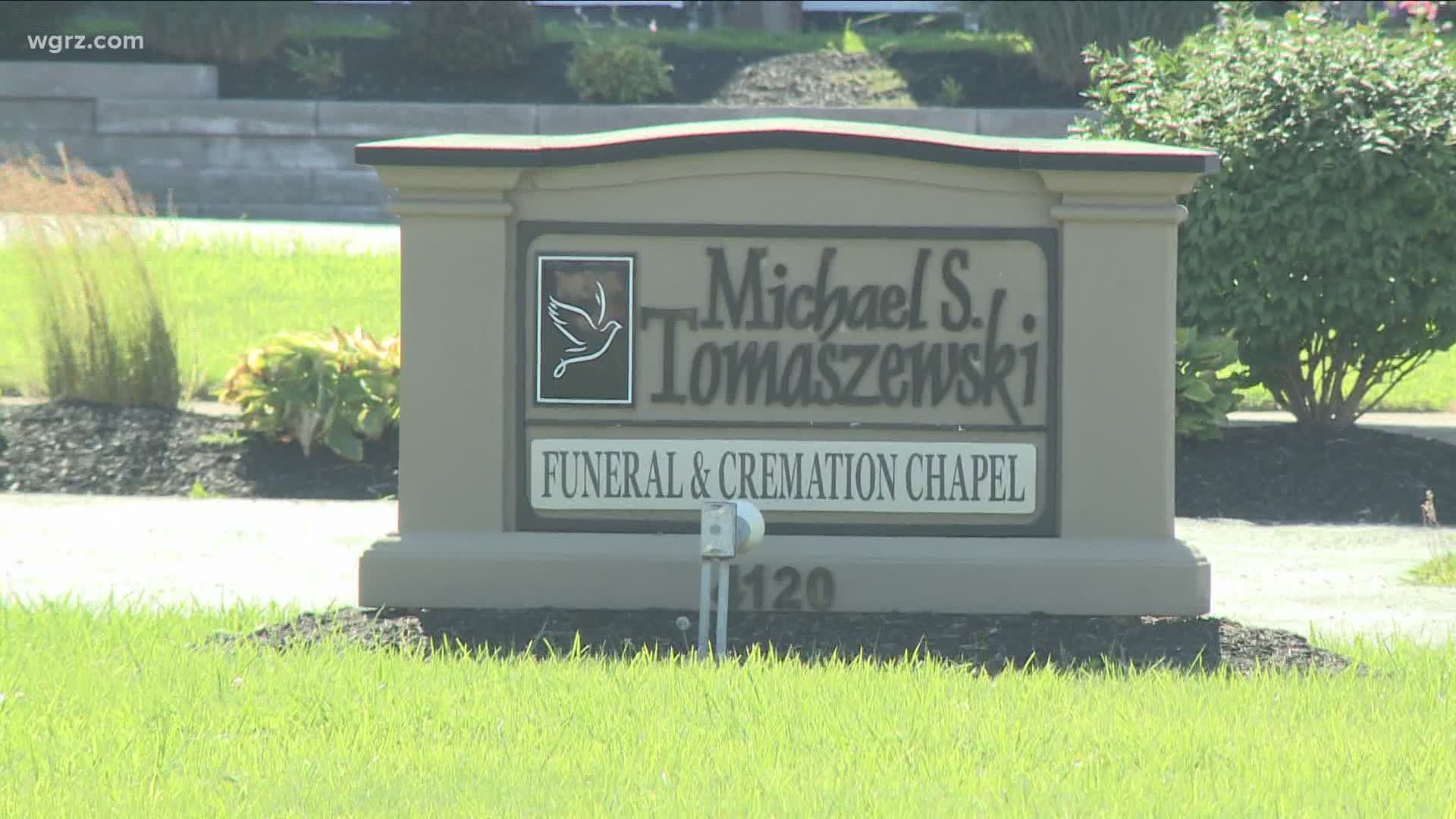 On July 23, Michael Tomaszewski, 48, was arrested on nearly 200 charges relating to pre-payments for funeral services at Michael S. Tomaszewski Funeral & Cremation Chapel, where he worked as the funeral director.

According to the Sheriff's Office, Tomaszewski is accused of taking pre-payments from more than 90 customers and then never putting the money into state-mandated trust accounts or using it for headstones or graves customers believed they purchased.

Tuesday, the Sheriff's Office said they are investigating two more allegations that surfaced this week involving the mishandling of remains of a baby and a veteran at the funeral home.

"The investigation also has turned to include whether or not he didn't appropriately care for remains and did not bury somebody properly as he was required to do and said he would do, that investigation is still open" said Genesee County First Assistant District Attorney Kevin Finnell.

Tomaszewski is not facing any charges in connection with the new allegations, they are still under investigation.

The Genesee County Sheriff's Office says an investigation into Tomaszewski's business practices began in February, after a complaint was received from the county Office of the Aging on behalf of a customer. The customer was concerned about the pre-payment they made for funeral arrangements.

In New York State, it is required that funeral directors take pre-planning payments and place them into trust accounts in the customer's name within 10 days of receiving the money. Tomaszewski is accused of not doing so for 91 customers, as well as never purchasing headstones and grave sites for two customers who had paid him to do so.

These customers allegedly each paid between $350 and $15,500 to Tomaszewski for future funeral expenses.

He is also accused of giving the Genesee County Department of Social Services a document that referenced a fictitious account, to be filed with the department.

All of the above lead to nearly 200, including multiple felonies and violations of New York State business laws. The charges are:

Since Tomaszewski's arrest, Finnell said more people have been coming forward with complaints.

"The Sheriff's Department is investigating each one of those complaints and we will be filing other charges as appropriate" he said.

2 On Your Side called the funeral home to speak with Tomaszewski about the charges against him but our call has not been returned.