A Western New Yorker is using his disability to help others just like him. Nick Heilig is a blogger, who rates businesses based on their wheelchair accessibility. 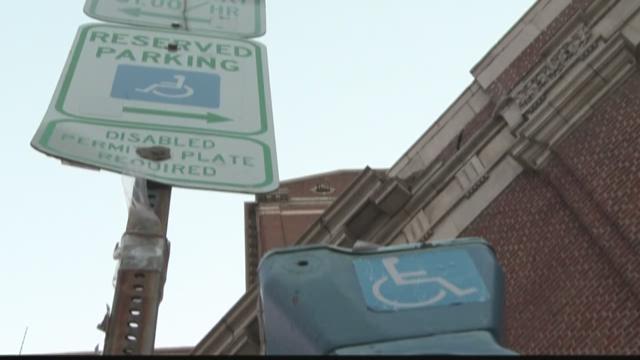 Nick Heilig is Buffalo born and bred. He likes to travel. He likes to go out to eat. He likes to go to sporting events. But Nick has a disability that keeps him in a wheel chair and that makes all those things he lies a little bit harder to do.

"There's been a lot of difficult things that I've had to deal with and overcome," Nick said.

Nick was born with Spina Bifida. It is a birth defect where the spinal cord fails to develop properly.

He is not a lone. According to the CDC, 1 in 5 Americans has a disability, the most common being physical. But that number also includes cognitive and visual disabilities.

"You've got to take the good with the bad and try to move forward," Nick said.

But moving forward comes with an added challenge for those with disabilities.

The Americans for Disabilities Act sets a standard for businesses and venues to make their space handicap accessible.

Nick will tell you that ADA is not always enough.

"All of these places have been ADA accessible, but to a certain extent, to the minimum I guess as far as accessibility goes in certain aspects," Nick explained.

Nick said you don't know how disabled-friendly a place is until someone with a disability experiences it.

So, this Western New Yorker decided to be that someone for himself and he hopes, for others.

He started a website called Full Access Travel, originally to review sports venues, but now it includes restaurants and other attractions.

"I start from parking, you know, how accessible the parking lot is," Nick said. "If it's a paved lot...a place to put my chair if I need a booth. Are the restrooms fully accessible?"

Nick ranks places based on a wheel system. Five wheels is the most accessible. He also includes a brief write up about his experience there.

He also shares his review with the owners and says he has been well received, with places even making changes based on his reviews.

"It's more to get people out and get business owners involved," Nick said.

Nick is currently doing all of this on his own but he is looking for more writers, with any disability, to help with reviews.

He hopes to eventually make this a national data base for those with disabilities to refer to.