Sophia wanted to help her uncle after he suffered a stroke. His dog inspired her to make bandanas... and then, they went viral. 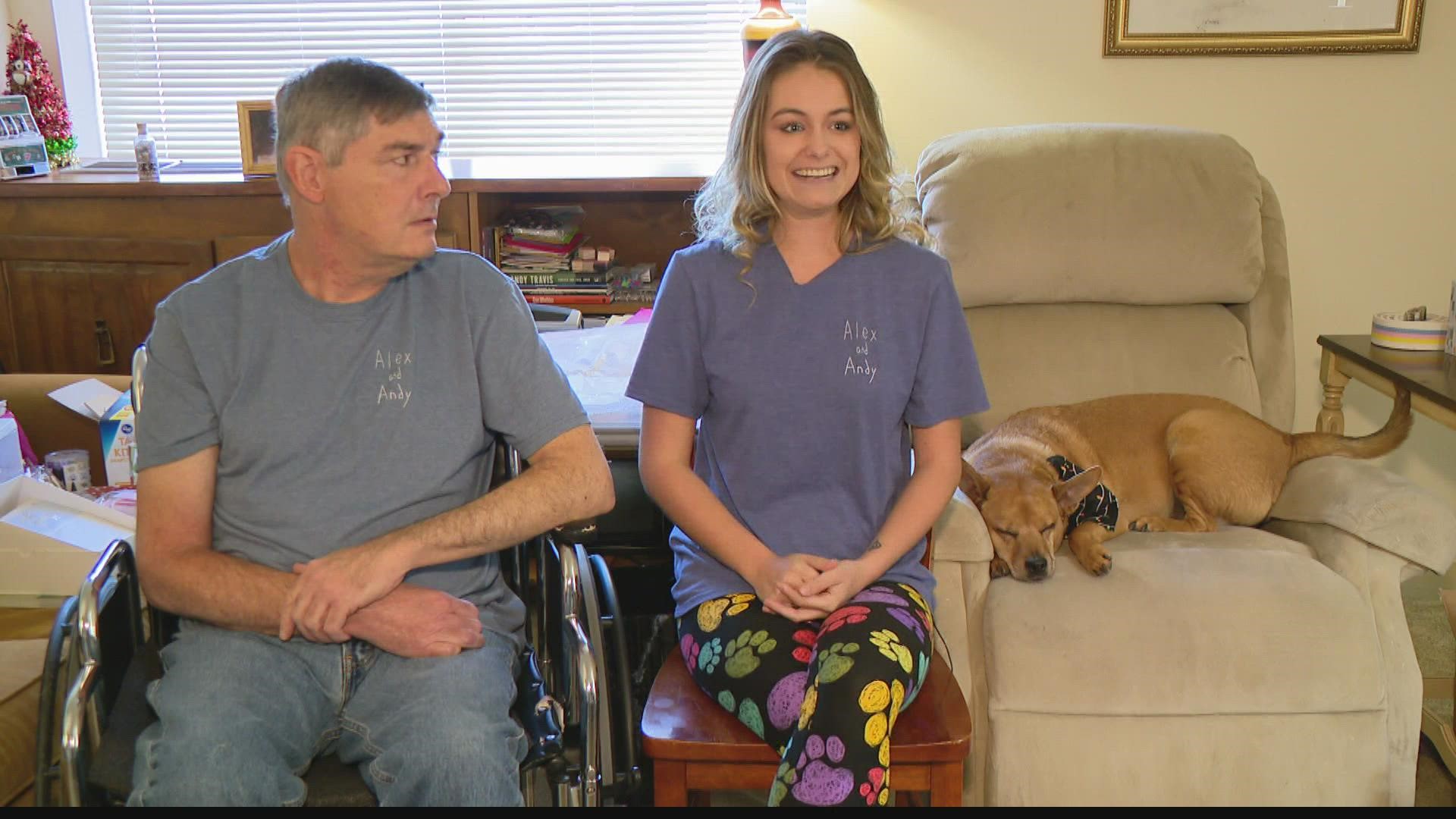 CARMEL, Ind. — It started in the summer of 2020 when Andrew "Andy" Thoman suffered a hemorrhagic stroke. It came at a time when contact wasn't close, wallets were light and medical bills were high.

"I said, 'Let's not move forward with anything like selling belongings,'" said Alex and Andy founder Sophia Shock. "I said, 'Give me a few,' and I'm not sure if someone above was watching over us or what but our prayers were heard. Not only heard but heard by thousands."

Half of Sophia Shock's inspiration came from her Uncle Andy's dog.

"He had a pet bandana on, and I was like, 'I'm going to try and make my own and raise money,' thinking we'd maybe sell 20 bandanas," Shock said.

Their story — and social media — would prove her wrong. The videos blew up on TikTok.

Little did Sophia know, their calling was here.

"I look up and, 'ding, ding, ding,' and the phone keeps blowing up," she said. "I called Andy on his iPad and I said, 'Andy, we're going to have lots of stuff to do coming up.'"

"I think everyone needs a purpose," Shock said. "When you have a purpose, there's something to wake up for in the morning, to look forward to."

A family business — sort of.

"I remember in middle school finding out he wasn't blood-related," Shock said. "Andy, Uncle Andy, is my dad's best friend from childhood. Growing up, my brother, all of our neighbors, knew him as 'Uncle Andy.' He was always over."

It's a bond that goes beyond blood and a unique connection that's helping thousands.

"For some reason, I can get what he's trying to say," Shock said. "It's like a really good game of charades."

Visit Alex and Andy's website to check out their merchandise.