In ConCon debate, history is telling 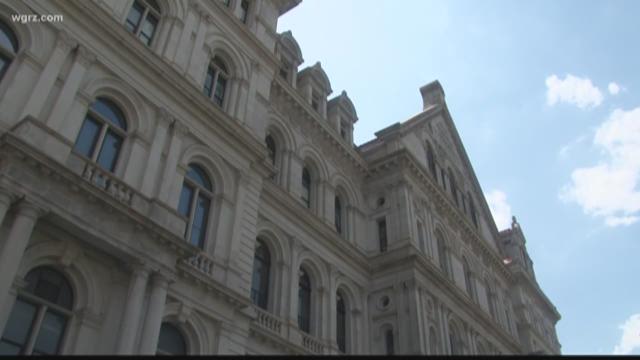 BUFFALO, N.Y. — If the point of history is to learn from it, then you could draw any number of conclusions by researching the background of New York's constitutional conventions.

Dating back to 1777, the state has held nine conventions, and voters will be asked next week whether they want to approve the tenth. It's a big decision with enormous stakes for both sides.

Undeniably, over the past two and a half centuries, constitutional conventions have helped shape policy that forever altered the landscape of state politics. In 1821, a convention helped create the board that regulated the Erie Canal. In 1894, a convention led to the "Forever Wild" provision that protects the Adirondacks and the Catskills from development. And in 1938, out of the shadow of the Great Depression, a constitutional convention put social welfare in place to help the needy.

Proponents of another constitutional convention, including UB law professor James Gardner, point to those past examples as a reason to hold one again in the 21st century.

"These are things we need to talk about in this state. We need to have a conversation about our government, and not just a conversation that's aimed at complaining about the way things are," Gardner said, "but a conversation aimed at figuring out how to improve things. And a convention will do that."

Gardner, who is a member of the Committee for a Constitutional Convention, said a convention would offer delegates a chance to tackle ethics reform and weed out statehouse corruption.

But while some conventions have spurred significant change, others have fallen flat in the hands of the voters. The last time the state held a constitutional convention, in 1967, the delegates proposed a shortened version of the constitution that included several reworked provisions, including the repeal of an amendment that banned public aid to Catholic schools.

When that proposed document went to the final public vote, though, the people of New York rejected it by an overwhelming margin.

"They came up with stuff the voters didn't want, and we spent all that money and time to get nothing out of it," Deely said.

NYSUT and other prominent "Vote No" groups have estimated another convention could cost more than $300 million, but that dollar figure has been vigorously disputed. There is no consensus on how much a convention would cost at this point.

But Deely said any millions spent on a convention would be too much of a burden for taxpayers.

"We believe it's a waste of money," Deely said. "We already have a process to change the constitution."

Gardner, however, said a convention could be successful even if the public ultimately votes down the proposal. In the past, conventions have served as the starting point for further policy discussions in Albany.

"It will focus the public's attention on the specific problems we have and the causes of those problems," Gardner said. "And those are important things for the public to become aware of."