In Buffalo, Schumer calls for Canada not to 'kick the can' any longer on border reopening

World's longest undefended land boundary has been closed since the pandemic began in March, 2020. 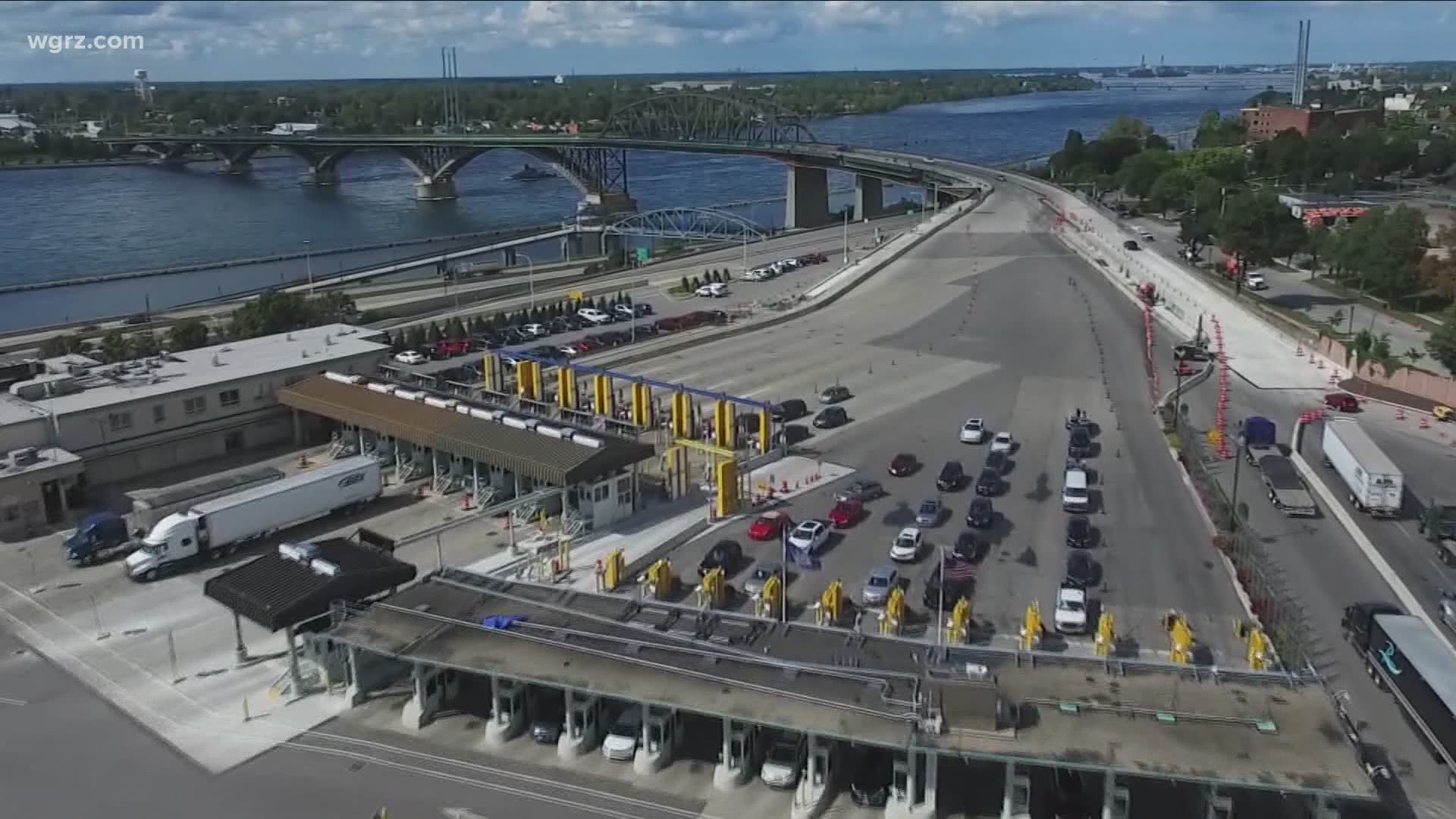 BUFFALO, N.Y. — On Wednesday, the province of Ontario was due to lift its two-month long "stay at home" order due to COVID-19, however many of the lockdowns involving businesses and activities remain.

Reopening the U.S.-Canada border was something Senate Majority Leader Charles Schumer was talking about during a visit to Buffalo, renewing his call for officials from both countries to get the border reopened sooner than later.

The world's longest undefended land boundary has been closed since the pandemic began in March, 2020

"We could certainly come up with a plan that if you are vaccinated you should be allowed to cross the border," Schumer said.

Despite hesitancy by some key figures in the Canadian government and residents of a nation where 94% of the population has yet to be fully vaccinated, Schumer believes there might be a border breakthrough earlier than some might believe.

"My call (to re-open the border) sort of shook things up in Canada," claimed Schumer. "And people both in the opposition party of the Prime Minister and in the Prime Minister's own party are saying we got to get this moving because the Canadians are facing the same difficulty with the border not being open as we are."

However, as reported by 2 On Your Side's Ron Plants on Tuesday, Ottawa doesn't seem in a hurry.

Prime Minister Justin Trudeau said on Monday, "We're on the right path, but we will make our decision based on the interest of Canadians and not based on what other countries think."

"I would expect him to say that," responded Schumer, before insisting, "but the Canadians themselves are making a big push now."

A national poll of Canadians conducted a few weeks ago, however, indicated perhaps the opposite, when only 23% of those surveyed were in favor of opening up the border immediately, and almost half of them said the border should remain closed until September.

Nonetheless, Schumer is optimistic of a border reopening even sooner.

"I'm hopeful the next month they have to announce something, which is June 21st, it'll be a lot more than they've done in the past which is to keep kicking the can down the road another month. We can't afford to do that," Schumer said.

In addition, U.S. Rep Brian Higgins (D-South Buffalo), who has also been vocal in his calls for the border to be reopened, issued a joint statement with two of his Canadian counterparts on Tuesday.

“Reopening our countries’ shared border must be a top priority for our respective governments at this point in the pandemic. For more than a year, Americans and Canadians have endured separation from their families, friends, and property in response to the public health crisis.

"Guidance from both the U.S. Centers for Disease Control and Prevention (CDC) and Canada’s COVID-19 Testing and Screening Expert Advisory Panel is clear: individuals with proof of immunity can travel safely and should not be subject to quarantine requirements.

"It is time for our governments to listen to the experts and together release an evidence-based plan to reunite families, safely resume normal border operations, and quickly restore our two countries’ deeply interconnected economies.”