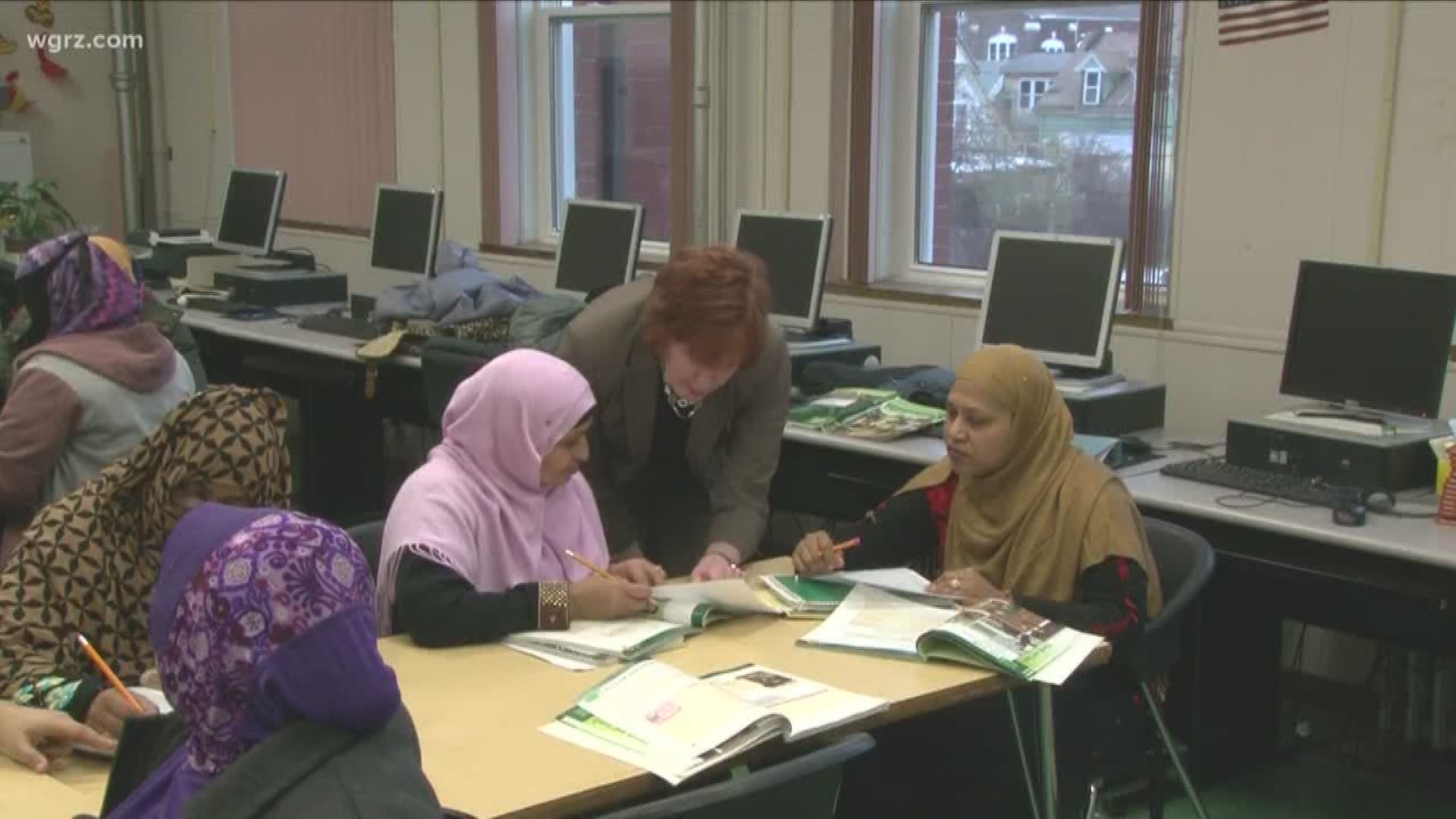 BUFFALO, N.Y. — At the Response to Love Center in Buffalo, immigrants and refugees are taking their first steps to start a new life in Buffalo.

Classes teaching English as a second language are making it easier for people new to America, and the Queen City, to seek new opportunities.

One of the students taking advantage of the classes is Aisha Khan. She came to Buffalo from Pakistan and began taking classes so she could be more independent.

"I learn a little English for my children and for me," Khan told 2 On Your Side.

Khan began taking the English classes so she could do small things for herself, such as go to the doctor and go shopping with little difficulty. When she's not in class, she practices with her children, who are all fluent in English.

After completing these two courses, students prepare for their High School Equivalency Exam.

The next step for many students is to prepare for their citizenship test. The instructors at the Response to Love Center integrate that knowledge into their English classes so it's easier for the students when they move to the next level.

Reeverts has been teaching classes at the Response to Love Center for more than a decade. In the past, she taught Spanish to American students and says she uses the same practices in that class for the students she has now.

Reeverts' tactics include having the students work together and recite information about each other in English to the class. It's a practice that she says encourages them to form relationships and learn faster.

"It's just a pleasure, every day, to come in and teach them. They're so motivated, and they're like sponges, and they pick it all up," she said.

English as a Second Language classes are offered for free during the week. More information can be found here.