Ice houses melting in Hamburg creating a mess for homeowners

The melting ice is quickly becoming a pain for homeowners at Hoover Beach. 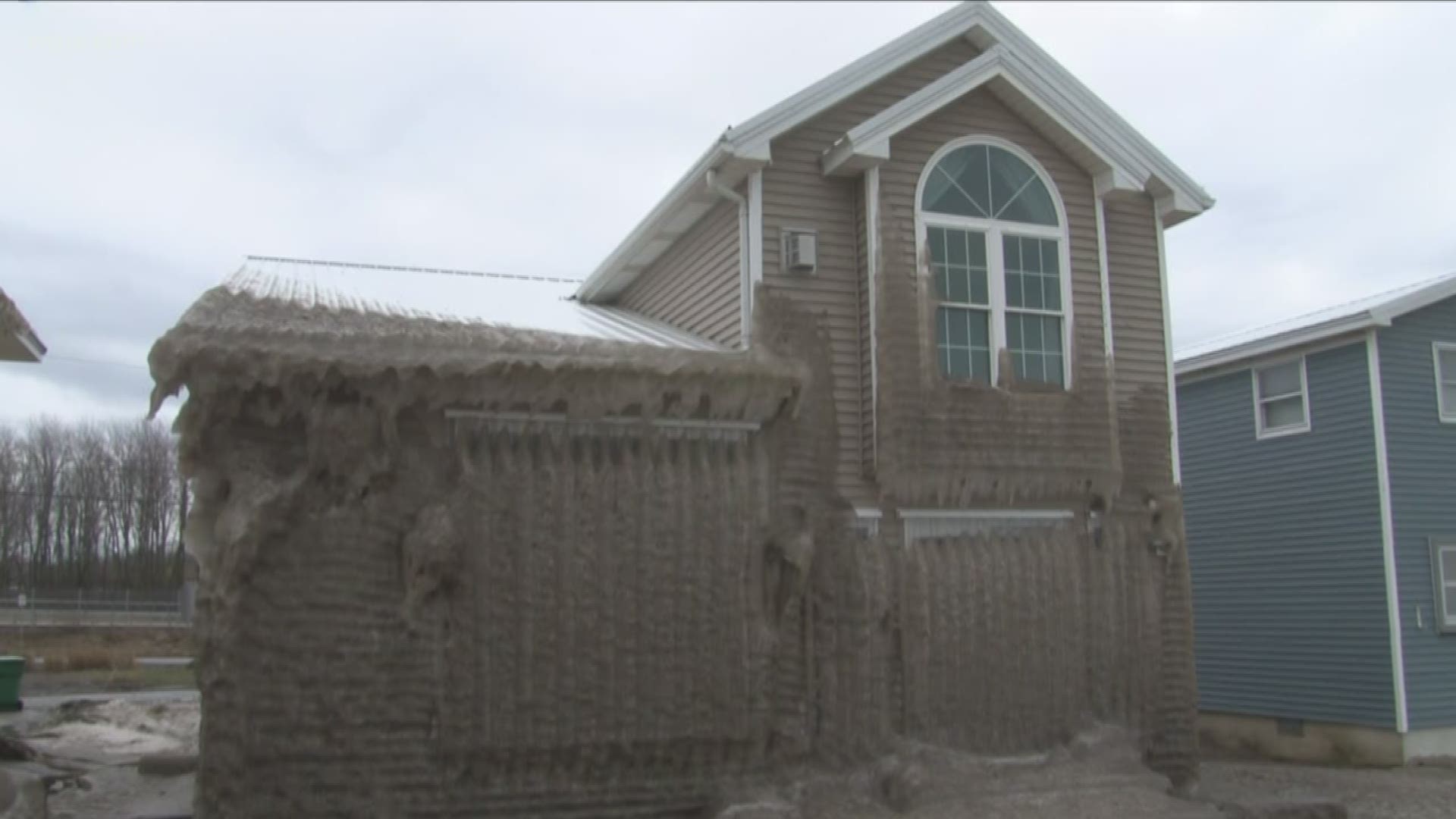 HAMBURG, N.Y. — What first appeared to be a winter wonderland at Hoover Beach is anything but.

"It looks like a dirty burnt marshmallow at the moment. Looks like it's been in a fire for a long time," said Ed Mis, who lives in the area.

It's all melting and quickly becoming a pain for homeowners in Hamburg.

"There's several neighbors that have water in their home, leaking through their roof and rugs getting ripped up and possible floors and structures and things like that which will need to be replaced. It's sad," Mis said.

Mis says thankfully he does not have any damage to his home on the inside or outside. But Mis and his neighbors are still having to clean up around their homes because of a storm that passed through last Thursday, causing waves to splash homes and create the ice houses.

One resident told 2 On Your Side that his neighbor had a hot tub in an enclosed, back part of her home. The storm blew that hot tub all the way across the street.

It's the sixth storm South Shore neighbors have dealt with in the past year. Now the Town of Hamburg is trying to help them get a FEMA pre-hazard mitigation grant.

"That puts a revetment wall out offshore about 75 to 100 yards so it encompasses the length of their communities so that obviously is off in the future," said Sean Crotty, Town of Hamburg emergency services manager. "It's not going to happen over the course of the next year or two."

He says only one application is allowed per state, meaning Hamburg would compete against other projects in New York. If it got approved, it would then compete with projects nationwide.

In the meantime, Crotty says the Town of Hamburg is still waiting for the rest of the ice to melt so they can assess the damage. They're also warning several trespassers coming through the area to see the ice houses that it's both against the law and unsafe.

"If any of these portions of ice broke free, that's hundreds of pounds of ice that could fall on someone and cause catastrophic injuries to them," Crotty said.

“The amount of thickness that was there.. I’ve never seen three feet of ice on a home ever. And neither have some of the neighbors who have lived there for 80 years," Mis said. "Stay off, use common sense and be respectful.”

RELATED: Hamburg Police are asking the public to stop visiting the ice houses at Hoover Beach

RELATED: Stretch of Rt. 5 in Hamburg reopened after being closed for several days