“I don’t know how anybody could hurt another human being like that," says wife of road rage beating victim

Carrie Rudy says she's trying to get ready for Christmas not knowing when her husband will fully recover. 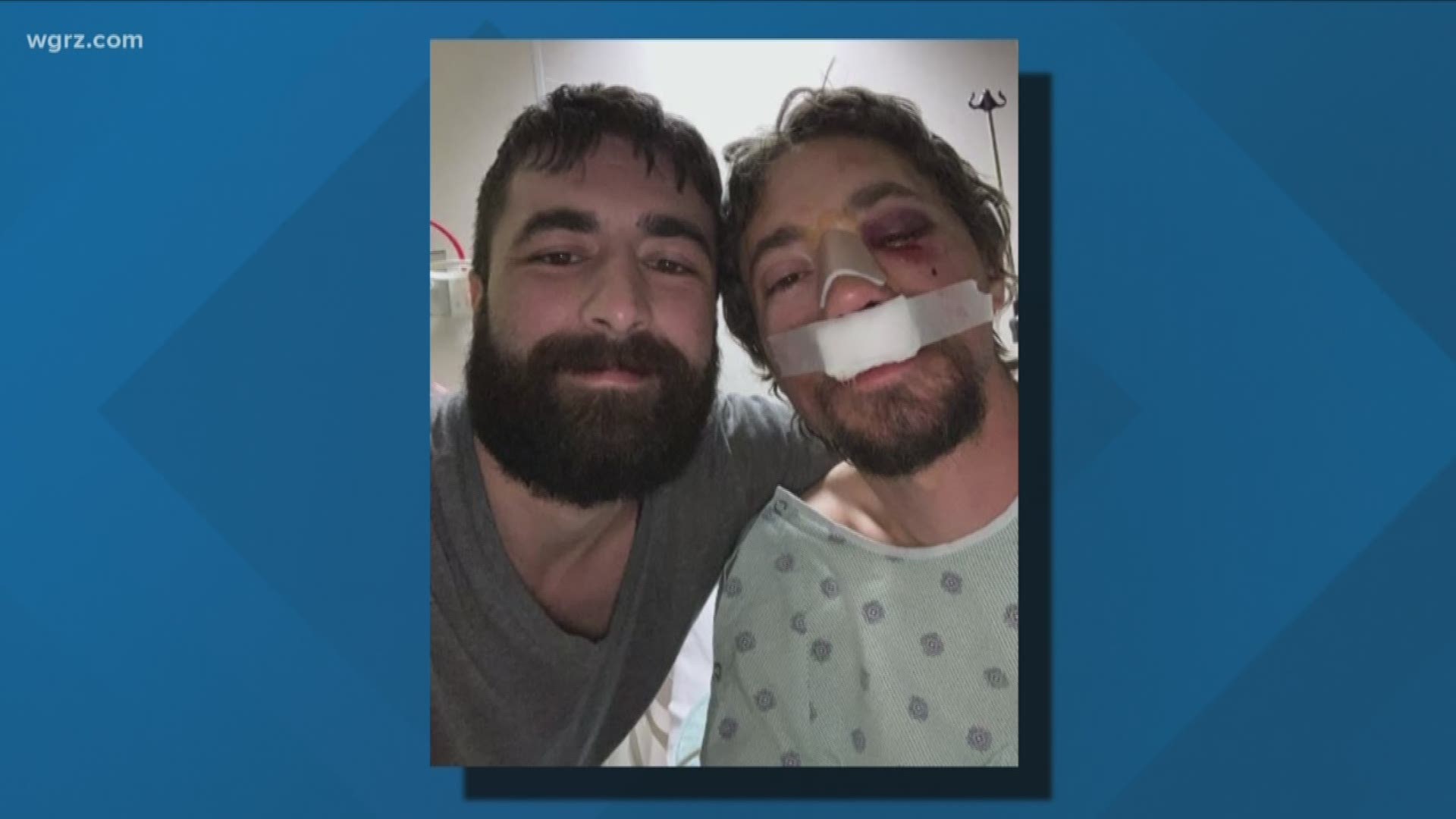 “It’s really hard, all my kids want to be loving up on their Dad and they can only do so much with him.”

But Matthew Rudy has to limit how long he plays with his four children ages 1 to 11. He got out of the hospital less than two days ago, with a surgically repaired face with two plates, which now hold his left cheek and eye socket together.

Wife, Carrie Rudy shakes her head, “I don’t know how anybody could hurt another human being like that. I will never understand how you can do that.”

Late Wednesday afternoon on a busy Walden Avenue, police describe a road rage incident which erupted into a savage beating.

Matthew was in his truck eastbound heading to his job as a forklift driver. This is where details get murky.

District Attorney John Flynn shared what details the investigation has unearthed so far, “There was allegedly heavy traffic and one of the participants cut someone off. I don’t know. I can’t say exactly who cut who off.“

Police have arrested 31-year-old Maurice Scott and charged him with second degree assault. It's believed Scott stopped his vehicle in front of Matthew Rudy's, pinning him in the left lane.

Then came the beating that resulted in Matthew Rudy being rushed to ECMC.

Scott was arraigned after his arrest on Friday. The DA says he posted bail.

Meanwhile, Carrie Rudy says she is trying to usher her family through as normal a Christmas as possible, an extremely difficult task under the circumstances.

"I’m a mother of four… and I have to take care of my husband. I love my family… that’s what keeps me going.”

Matthew is the family's only source of income. A relative set up a GoFundMe to assist the Rudy family.

You can find it at: www.gofundme.com/rudy-family