Some $100 million will be spent to cover revenue loss, particularly sales tax and parking revenue shortfalls, from the COVID pandemic. 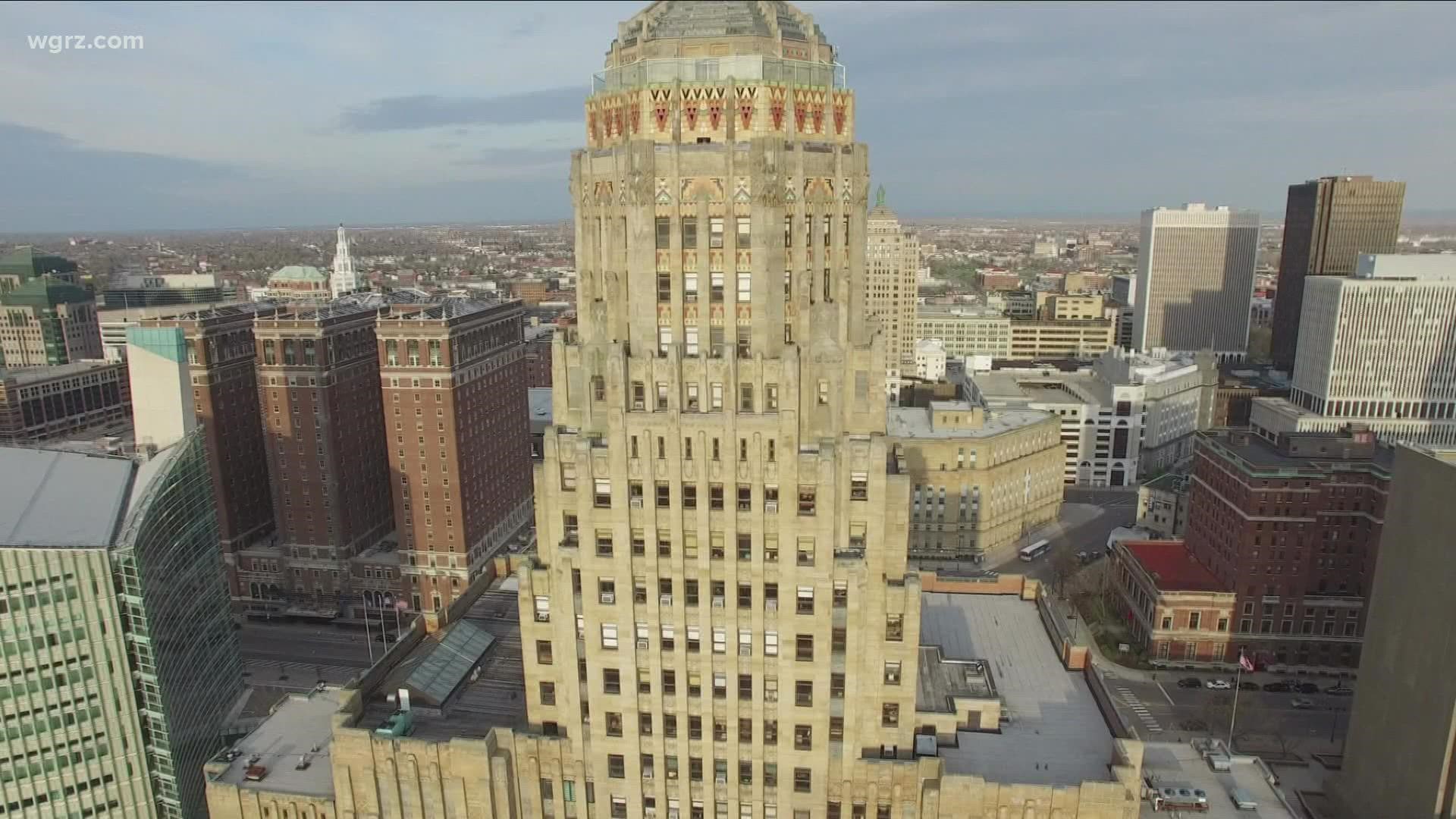 BUFFALO, N.Y. — The City of Buffalo has received more than $100 million in funding as part of the American Rescue Plan. Tens of millions more will come to the city next year.

How does the city plan to recover from the COVID pandemic? And what will it do with the money?

There are big questions as to what the city plans to do with that money and quite possibly transform the city.

According to the city's spending plan of American Rescue Funds, approved by Common Council on Thursday, $9 million will go toward creating a community health clinic and affordable housing on Buffalo's East Side.

Some $100 million will be spent to cover revenue loss, particularly sales tax and parking revenue shortfalls, from the COVID pandemic.

Money will also go to supporting students at the Northland Workforce Training Center, fixing roads, and the replacing of old lead pipes in the city.

2 On Your Side asked Mayor Byron Brown about how that money gets to the city. Has has the city already received a portion of those funds? Does that come in one direct deposit from the federal government? Or is it on an annual basis?

"It will come in two tranches," the mayor said. "The city has already received the first allocation of that money. It has already been deposited in the city account, it's over $165 million, with another similar sum coming next year."

The mayor said the city has already received two first allocations of that money. It has already been deposited in the city account; it's more than $165 million, with another similar sum coming next year.

A key goal is trying to address racial and economic disparities and poverty, as the region unemployment rate has reached pre-pandemic levels.

Cultural institutions such as the Buffalo Zoo, Shea's, and the Albright Knox will also receive a part of the pie.

The city has to report to the U.S. Treasury Department how it spends the money. Those reports will also be sent over to Buffalo Common Council.