How the state spent $25 million on the WNY Welcome Center 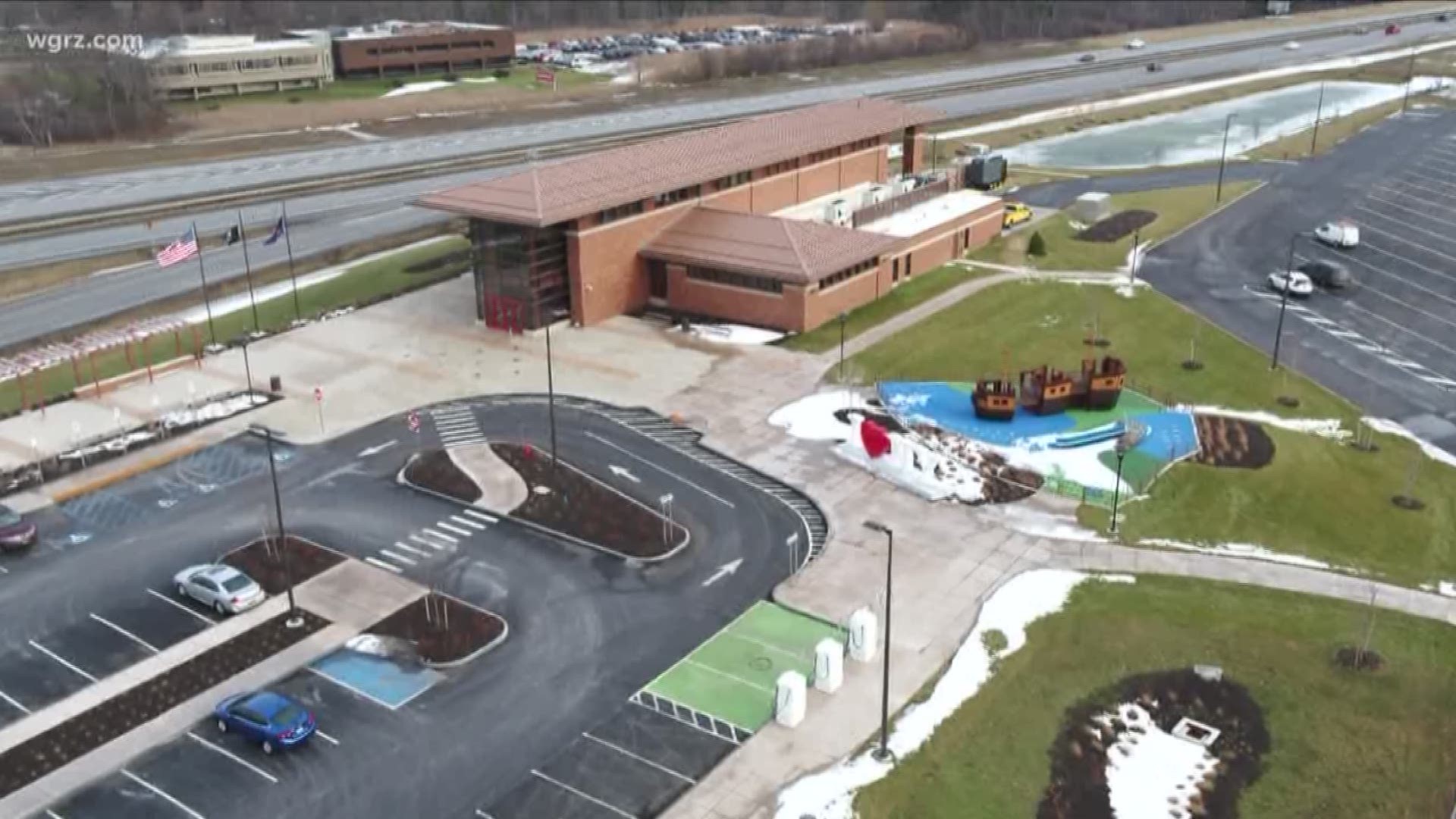 GRAND ISLAND, N.Y. — The new Western New York Welcome Center, located off the Whitehaven Road exit of Interstate 190 on Grand Island, cost taxpayers around $25 million, and 2 On Your Side can now report on exactly how a big chunk of that money was spent.

Receipts, obtained through open records requests with the Thruway Authority and Empire State Development, show some of the items inside and outside the center are surprisingly expensive.

SEE THE DOCUMENTS FOR YOURSELF AT THE BOTTOM OF THIS STORY

Huber Construction was the general contractor for the project after winning the competitive bidding process. Huber's contract came in at $20,290,085.09. That includes everything from preparing the land, to building the main structure to installing items like benches, picnic tables and even the electric car charging stations in the parking lot.

Another contract went to Jack Morton Worldwide, a Boston-based company that describes itself as a "brand experience agency." Jack Morton was in charge of the interior furnishings "to create an engaging and visually dynamic tourism hospitality hub," according to a Scope of Work document obtained by 2 On Your Side.

The fabrication cost includes items like a "selfie wall" that cost $6,249; a road map area with a $9,459 price tag and $43,798 spent on some artifact display cases. The artifacts, by the way, were donated.

Credit: WGRZ
The artifact display boxes (not included the artifacts, which were donated) cost $43,798

The audio/video equipment, which was also included in the Jack Morton contract, included a large LED screen, five 55" televisions with media players, 3 touchscreen monitors with PCs and software, 2 iPad Pros, network switches and installation. That line in the contract came in at $108,108.

"The extent that you're telling me these numbers are just seem to be off the chart," Assemblyman Morinello said.

Outside, some items that stuck out included simple park benches that were $5,184 each (one already had a crack in it), 7 outdoor picnic tables that added up to $59,616 and almost a quarter million dollars spent on trees, shrubs, plants and topsoil.

Beyond the expensive items, critics question where the Western New York Welcome Center was built.

Grand Island Supervisor Nate McMurray, who was an advocate for the project, said he couldn't explain the high cost since it was a state project; however, he said he believes the center can help drive tourism traffic from Niagara Falls into the rest of Western New York.

“The Grand Island Welcome Center is a state-of-the-art facility that encourages visitors to discover all that Western New York has to offer. Tourism is a $3 billion industry in this region, drawing nearly 19 million visitors in 2017. Additionally, since it first opened in August 2018, more than 65,000 people have visited the welcome center - approximately 13,000 people a month. From domestic and international travelers, to residents looking to learn more about their own backyard, the center informs and excites visitors, encouraging them to further explore the region’s attractions and destinations, support businesses during their stay, and plan a future visit.”