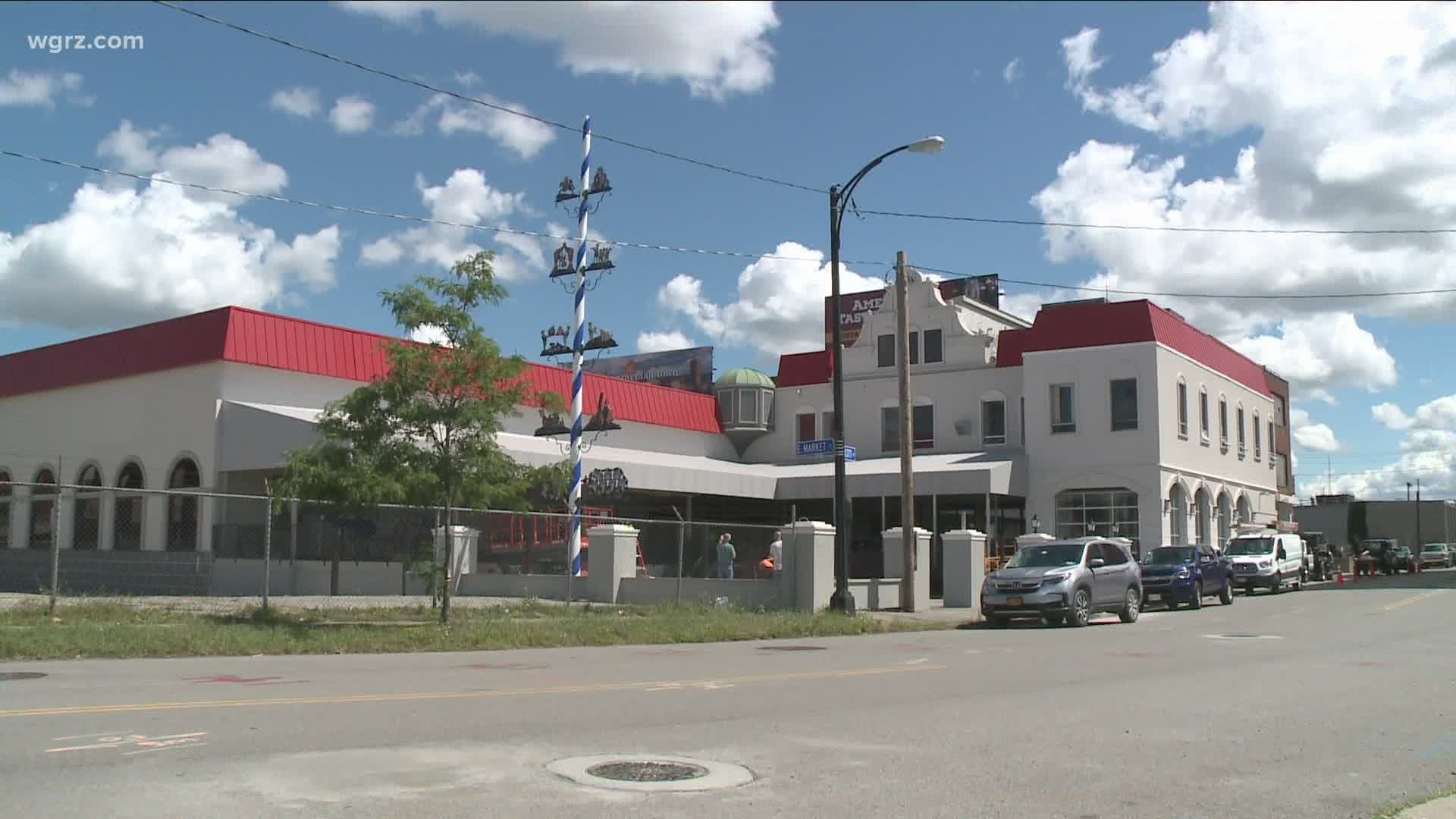 BUFFALO, N.Y. — Following years of waiting for it to open here in Buffalo, Hofbrauhaus might be opening just in time for Oktoberfest.

A lengthy job posting on Indeed late Sunday night revealed the beer garden could be partially open in time for the fall beer drinking season and that they are looking to hire more than 40 people.

The job posting, which indicates an opening soon, is for servers, bartenders, cooks and hosts. The posting also details that the microbrewery is COVID-19 safe.