His teammates say nothing was done to penalize the players. 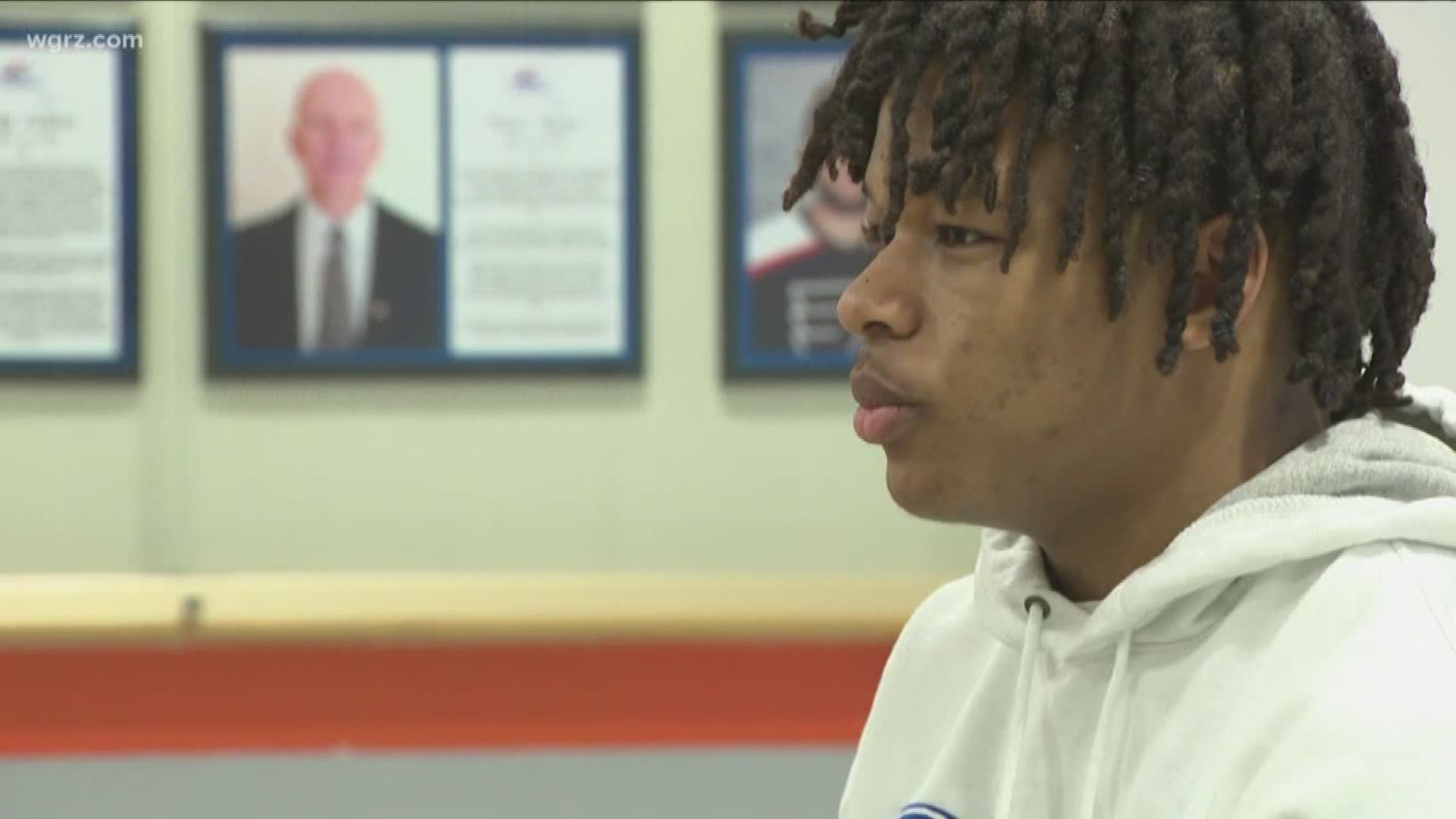 AMHERST, N.Y. — Roshaun Brown-Hall has been playing hockey since 5th grade, but this game was unlike any other.

He said when his team started winning, players from Cheektowaga went after him and his race.

"They just started to get chippy and chirpy and they weren't very happy themselves so they started targeting me," said Roshaun, an 18-year old player on Amherst's youth hockey team.

He records all the games but couldn't believe what he was seeing.

Students on the Cheektowaga team can be heard shouting animal noises and racial slurs directed at Roshaun.

"There's a line in hockey that you play. It's called a blue line and if you cross that line, you're penalized. They definitely crossed way over that line, and nothing happened," said Karaszewki.

Players on the Amherst team told us they learned through the media that due to an ongoing investigation their semi-final game against Cheektowaga was canceled.

That means they won't get the chance to potentially compete in the championship.

Adam Willig is an 18-year old player who approached the refs during the game.

He said the league is punishing three teams for the bad behavior of a few players.

"It's definitely devastating for some kids. They were looking forward to their last-ever hockey game and now it's just not happening," said Willig.

Roshaun told 2 on Your Side this delayed response from the league sends a strong message.

He explained, "They're pretty much saying we could have it on video and get away with it. They don't really care."

But Roshaun said at the very least he hopes his experience resonates with other athletes.

He told us the support he's received is reassurance he's not in this alone.

"I feel loved and I'm grateful for everyone and anyone who is hearing this story and reaching out to me and doing anything to help this out," said Roshaun.

RELATED: WNY hockey parent says racist comments were directed at his son during a game