During the ceremonial swearing-in ceremony Tuesday, Hochul called it an emotional moment, but one that she says she has prepared for. 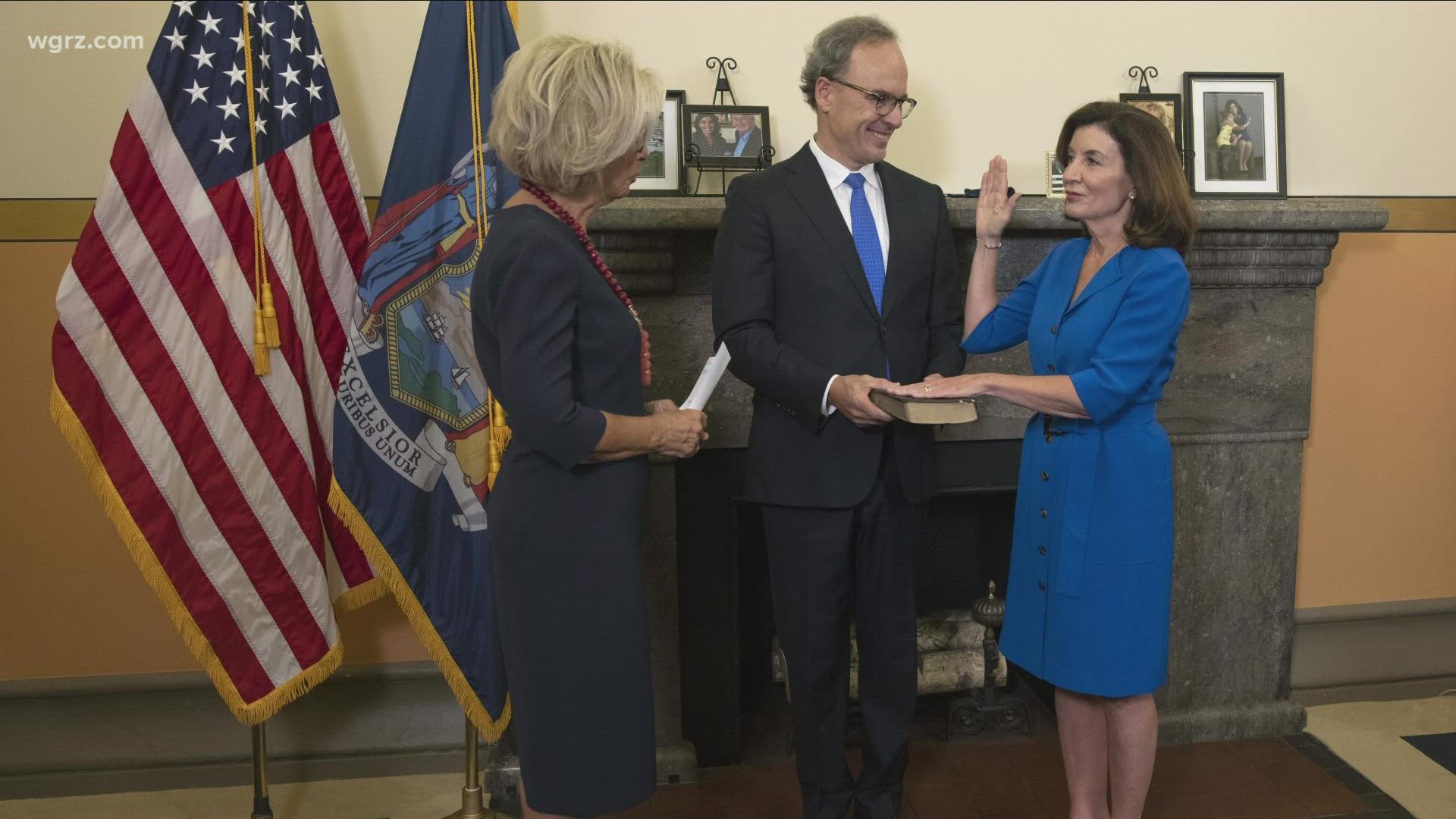 The Democrat and former member of Congress from Western New York took the oath of office just after midnight in a brief, private event overseen by the state's chief judge, Janet DiFiore.

A ceremonial swearing-in was planned Tuesday morning at the New York State Capitol, with more pomp than the brief, legally required event during the night. Hochul planned a public address at 3 p.m., where she plans on sharing her priorities for the state.

"I will also be talking about how we'll be combatting COVID, getting direct aid to New Yorkers more quickly and changing the culture of Albany," Hochul said. "And that's why I'm looking forward to a fresh collaborative approach."

During the ceremonial swearing-in ceremony Tuesday, Hochul called it an emotional moment, but one that she says she has prepared for.

When asked by the Buffalo News if there was one particular thing that she would like to accomplish herself, Hochul responded, "I want people to believe in their government again."

She added, "It's important to me that people have faith. Our strength comes from the faith and the confidence of the people who put us in these offices and I take that very seriously."

Hochul says she spoke with President Joe Biden the night before and discussed multiple issues. According to Hochul, Biden pledged his full support to her administration and anything they need.