Attica residents started their day Sunday with the Williams Opera House losing a large portion of its rear wall to high winds. 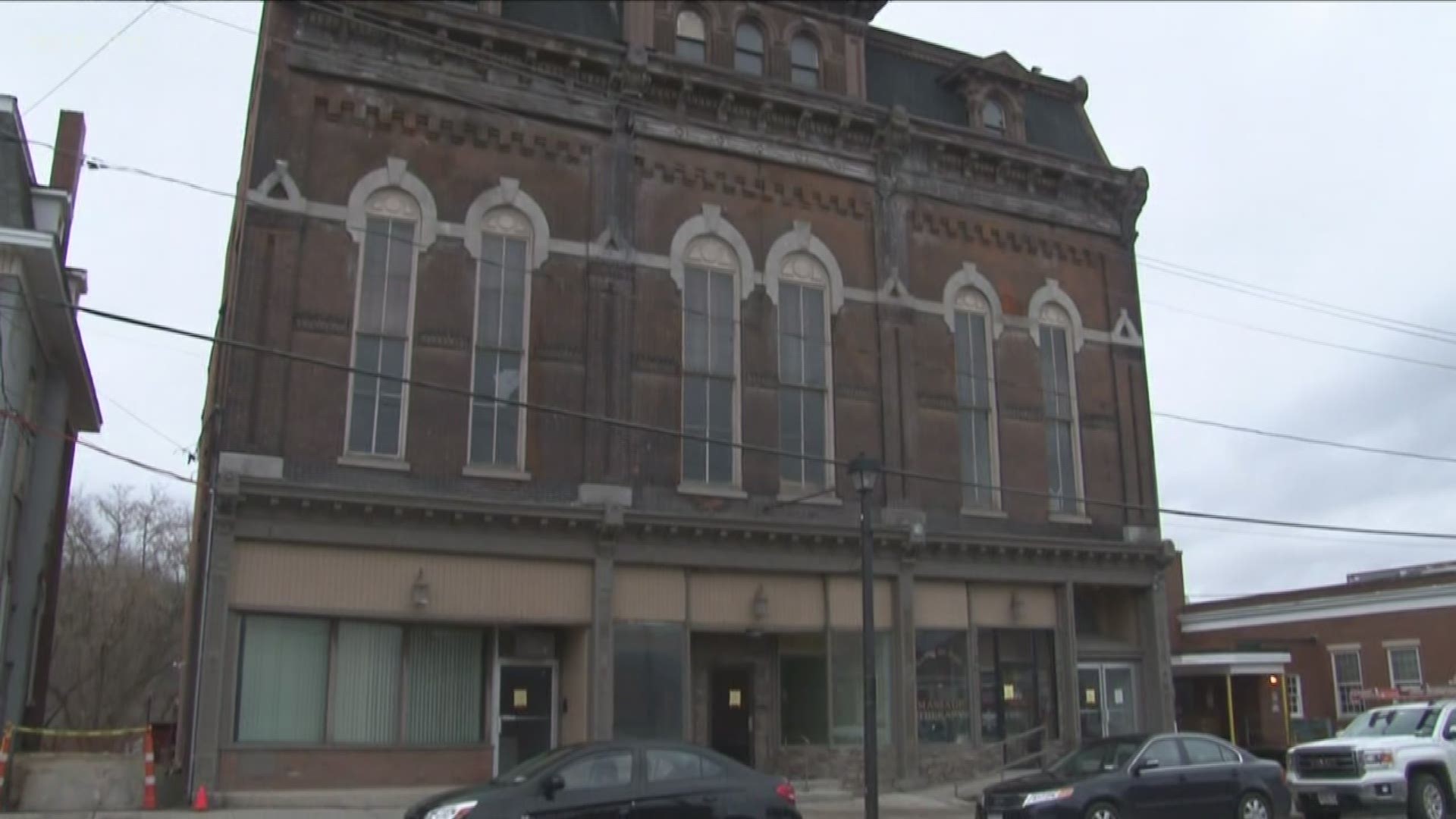 Due to the high winds, the Williams Opera House located at 16 Exchange Street lost a fair portion of its rear wall around 6:30 a.m.

The building is three stories and comprised of brick and masonry, originally build around 1879. According to Howard Hanna, the building was last sold in June 2018 for $119,000.

Over the years, it's been home to several businesses, including a law firm, gym, church and most recently, a massage parlor.

In August 2018, The Daily News described the building's future use as a music venue, restaurant and arcade, although the venue does not appear to have had a concert in over a year.

Utilities have been cut off to the property, and people are told to stay away from the exclusion zone set up at the rear of the building. The building has been temporarily condemned by Wyoming County Building Code Enforcement, preventing human occupancy.

"We were able to get inside the building and discover that the majority of the debris from the collapse went into the building and literally collapsed the second floor into the first floor," Attica Police Chief Dean Hendershott said.

Hendershott says the weight of that collapse actually caused one of the main beams in the back building to crack as well. He says the owner of the building started some demolition inside to bring that concert hall to Attica, but preliminary findings indicate it wasn't a factor in the collapse.

Construction consultant David Ciurzynski says this collapse was a long time coming due to all the moisture and pressure that's been put on the opera house this year.

"It's not just the wind event that we had but the wind events we've had in previous months with these high winds," Ciurzynski said. "It really pushes on that wall because it's a westerly wall so it takes a brunt of the force of the wind."

An apartment building site behind the opera house, where some of that debris fell, fell on a man's car. He didn't feel comfortable going on camera but he told 2 On Your Side his insurance company estimates damages around $5,000.

He also told us this isn't the first time the opera house has dealt with a partial building collapse, though this one is much more extreme. In fact, Hendershott says it's unlike any collapse he's seen before.

"We've dealt with damage from high winds in the past," he said. "This is the worst that I've ever seen. We could see that whole back wall moving a foot in either direction."

Moving forward, Ciurzynski says shoring will be put in place for all three floors of the building. That's before doing a forensic analysis of the make sure what they're doing doesn't add stress to the opera house.

"It's not just like a newer building where something fails and you can go in there and clean it up and fix it," Ciurzynski said. "You have to really take your time and be careful with what you're doing because one thing you do could cause other problems."

Ciurzynski says it could be four to five weeks before the building is cleaned up and safe again so crews can start the restoration.