Badraldeen Mohamad Elwaseem, a victim who relatives say was in a living room watching TV, was struck by a bullet fired 100 yards from his home during a dispute he had no part in. 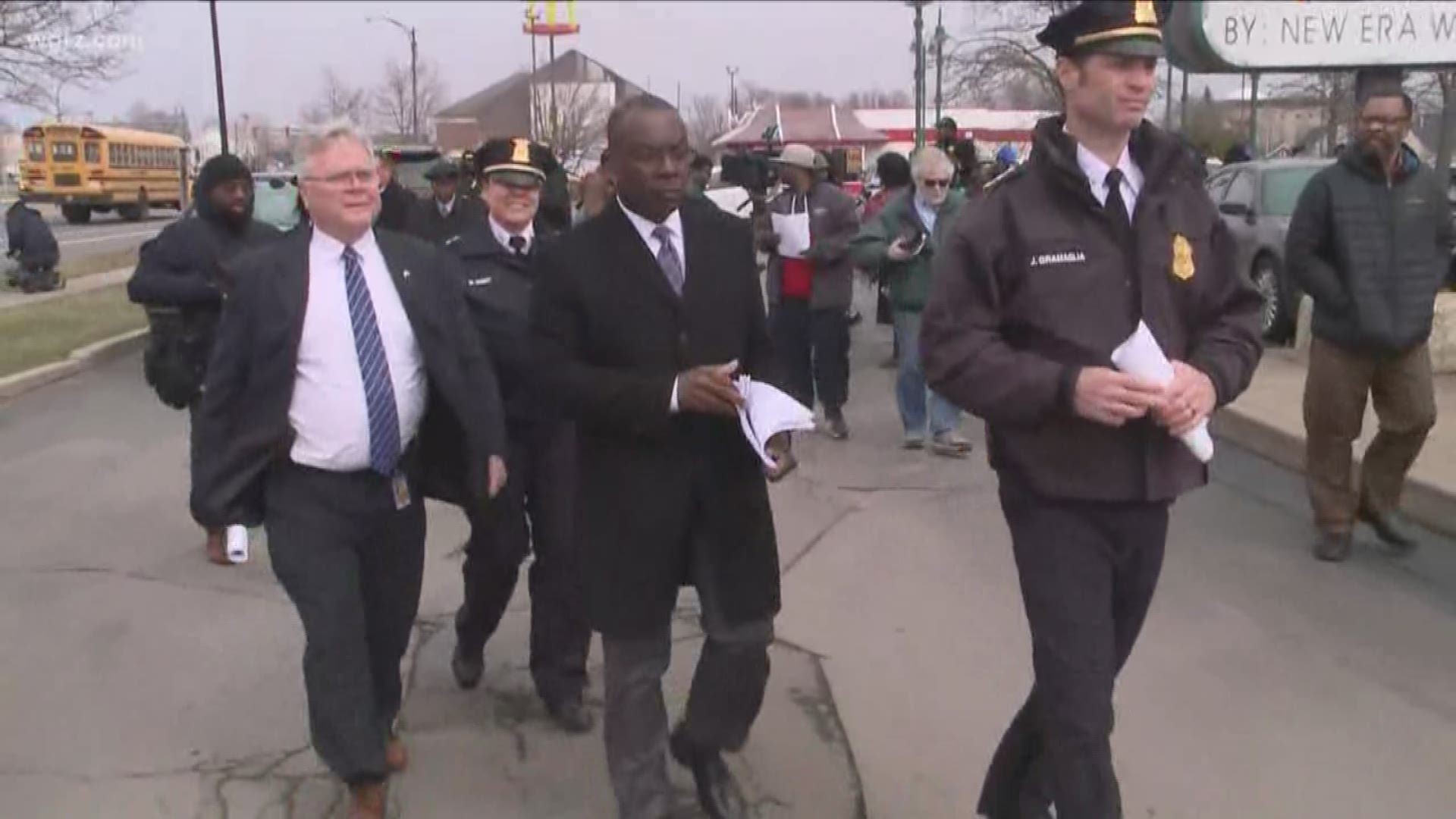 BUFFALO, N.Y. — Buffalo Mayor Byron Brown joined volunteer members of anti-violence groups and police officers on Monday, canvassing an east side neighborhood where a 12-year-old boy was shot and killed over the weekend by a stray bullet fired during an altercation taking place about 100 yards from his home.

"We are here today with heavy hearts," Brown said before the group, armed with flyers fanned out in the area of William Street near Jefferson Avenue.

It was Saturday night at about 8:30 when, during a gathering in the parking lot outside the Towne Gardens shopping plaza at William Street and Jefferson Avenue, an altercation occurred.

Shots rang out and one man, a 22-year-old, was wounded.

But amid the gunfire, one of the bullets traveled into an apartment above a store at the corner of Mortimer Street, striking 12-year-old Badraldeen Mohamad Elwaseem, who relatives say was in a living room watching TV.

The bullet hit the boy in the head, and though rushed to Oishei Children's Hospital, doctors could not save him.

“He was an excellent kid, above and beyond in school and as a person,” said the victim’s brother, Najm Aldeen Elwaseen.

Breaking down into tears, he continued, “We seek justice for my brother.”

“We have done these walks before after violent events in our community, and these walks where we have appealed to the community for information have been very fruitful in the past,” Brown said, noting a reward fund set up for information leading to the arrest and indictment of the person who fired the fatal bullet has grown to $12,500.

"We know that there are people that saw what happened … who know the individual or individuals that fired the guns the other night that lead to the killing of this precious 12-year-old boy. And the community is here with heavy hearts to distribute these flyers requesting information."