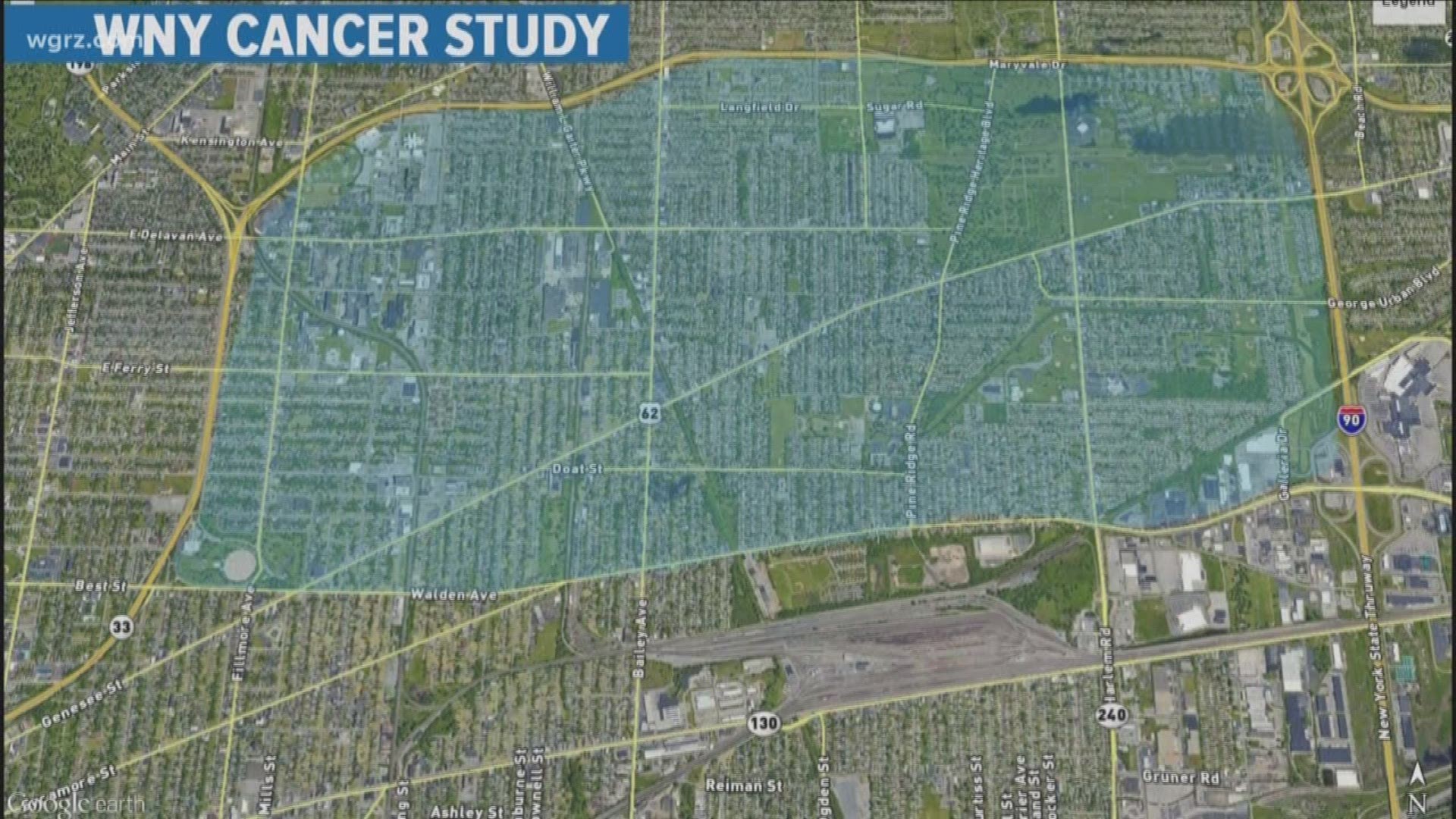 BUFFALO, N.Y. --The New York State Department of Health paid a visit to Western New York Thursday night. Officials are trying to figure out why rates of some forms of cancer are higher than the state average in a very specific area of Western New York.

For the first time, it presented information about just how many cancer cases we're talking about.

The impacted area includes part of Buffalo's East Side and the western part of Cheektowaga from the 33 to the Thruway to Walden Avenue.

The six types of cancer showing up more often are oral - both mouth and throat, esophageal, lung, kidney, colorectal, and prostate.

Thursday, the state revealed numbers showing how many cases of each cancer showed up in these neighborhoods from 2011 to 2015. The state wants to figure out why cancer rates are higher here and what the contributing risk factors are.

Thursday, people had a lot of questions. Carolette Meadows grew up on the East Side, she has lupus, and wanted to know whether they'd be looking at the bigger picture and other diseases besides cancer that are clustered on the East Side. The state told her it is focusing on cancer. She also thinks the environment has something to do with it.

"The East Side has been practically strip-mined of all its natural resources. You don't see the trees and the greenery and things that you see up in North Buffalo. Western New York itself is a hotbed for toxic waste, but why is it that the East Side is so much more highly impacted? If you don't have all these natural organisms that filter you're going to have higher disease processes," Meadows said.

Next, the state health department will finalize the study questions and analyze the data it collects to figure out what's causing the higher cancer rates. The goal is to share results by the end of the year.