Heading to the polls? Watch what you wear 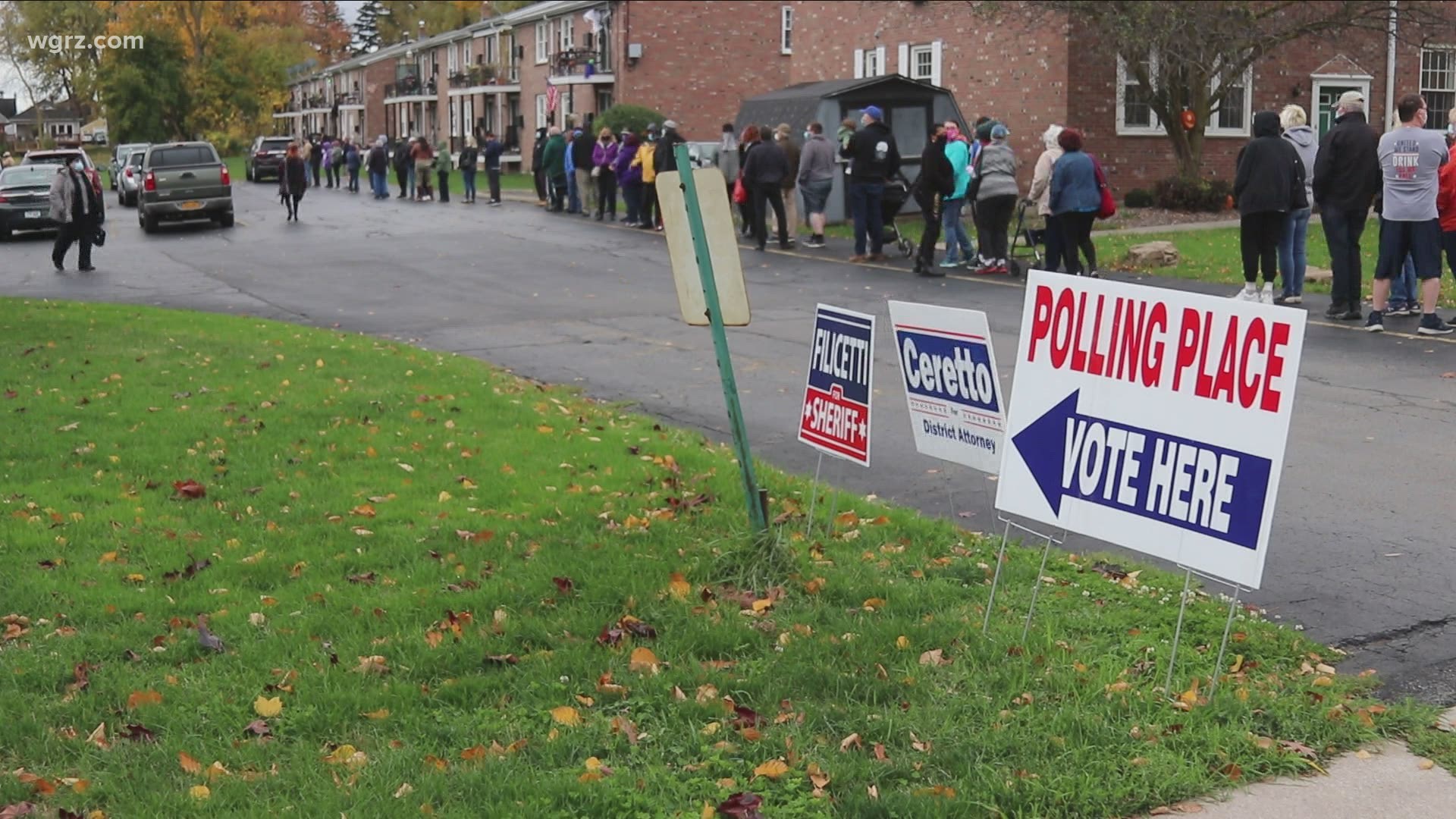 BUFFALO, N.Y. — Whether you are heading to the polls to vote early, or are taking the more traditional approach of waiting until Election Day, those casting ballots in person need to be mindful of their attire, at least as it pertains to New York State's electioneering laws.

The same law which applies to how close to a polling site (100 feet) that a candidate can campaign, or place one of their campaign signs, also can apply to what voters actually wear when they are at a polling site.

As a rule, clothing or other items that display the name of a candidate or political party are forbidden within 100 feet of a polling place, and those who flout the law could be charged with a misdemeanor.

While these slogans and others may express a cause or belief, and may indeed be largely associated with a particular candidate, as long as the candidate's name or a political party is not emblazoned on one's attire, it would not be illegal.

"I've had folks with Biden buttons on that I've had ask to put them in their purse," said Erie County's Democratic Elections Commissioner Jeremy Zellner.

However, according to Zellner, all it usually takes is a friendly reminder about the rules for someone to comply with them.

"I have to tell you that people have been so cooperative," said Zellner, while speaking with 2 On Your Side outside of an early voting site in Cheektowaga on Tuesday.

"I just thanked a gentleman who had a Trump tee shirt on, but he also had overalls on, and so it was covered. And I appreciated that he covered it up," Zellner said.

The same rules that apply to clothing items, by the way, also apply to the masks that voters are required to wear this year when voting in person in order to comply with state mandates surrounding the coronavirus.

In addition, while someone may drive their car with, for example,  a Trump or Biden bumper sticker on it to a polling site, they have to park it at least 100 feet from that polling site in order to comply with the electioneering law.