Pamela Watts and other loved ones of Jennifer Miller are also calling for the officer involved in the crash to be removed from the San Marcos Police Department. 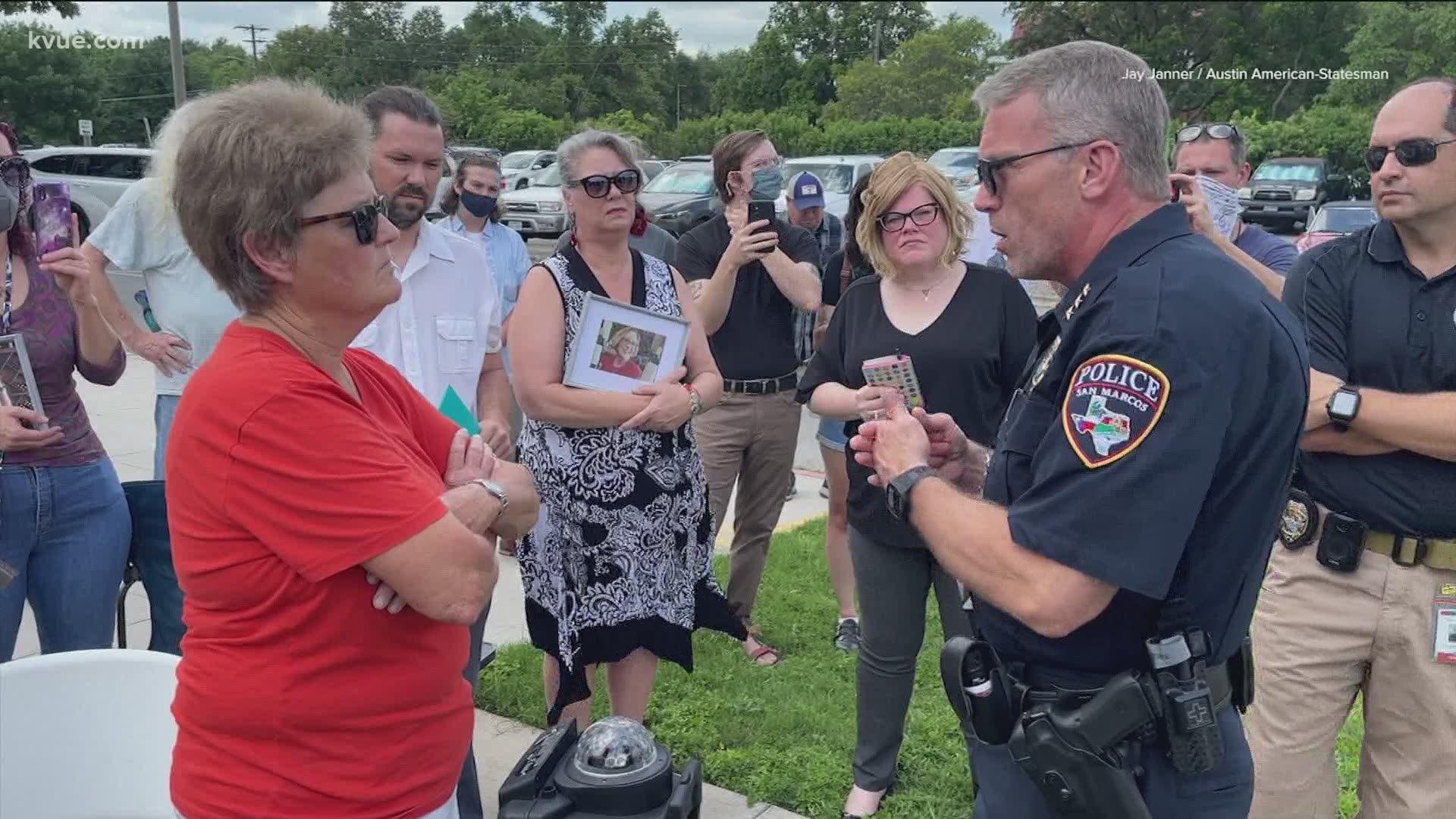 SAN MARCOS, Texas — A vigil was held Thursday at San Marcos City Hall for Jennifer Miller, a woman who died one year ago in a traffic crash involving an off-duty San Marcos police officer.

Miller's partner, Pamela Watts, and other loved ones are holding the vigil on the one-year anniversary of Miller's death and are calling for the officer involved in the crash to be removed from the San Marcos Police Department.

Watts told KVUE's media partners at the Austin American-Statesman that on June 10, 2020, off-duty San Marcos police officer Ryan Hartman was speeding, failed to stop at the intersection of Texas 130 and Maple Street in Lockhart and struck the couple's Honda Accord. Miller and Watts were driving home from San Marcos to Watts’ home in Kingsbury, southeast of San Marcos.

“My whole world ended that day,” Watts told the Statesman.

The Statesman reported that police later found an open container of beer and beer salts inside Hartman's vehicle. Hartman was ultimately not charged with criminally negligent homicide because a Caldwell County grand jury did not believe there was enough evidence to move forward with a criminal prosecution, according to the Statesman.

Hartman was ticketed for running a stop sign, placed on paid administrative leave and is back to work as a sergeant for the San Marcos Police Department, the Statesman reported.

When contacted Thursday, the SMPD said it will not be providing a statement at this time.

However, San Marcos Police Chief Stan Standridge was present at the rally. He was confronted by organizers and engaged in a lengthy conversation with many of them. You can watch that confrontation here, courtesy of KVUE's news partners at the Austin American-Statesman: