The moment the Town of Hamburg had been waiting for finally arrived Saturday, as the winning design for the hamburger water tower was officially unveiled. 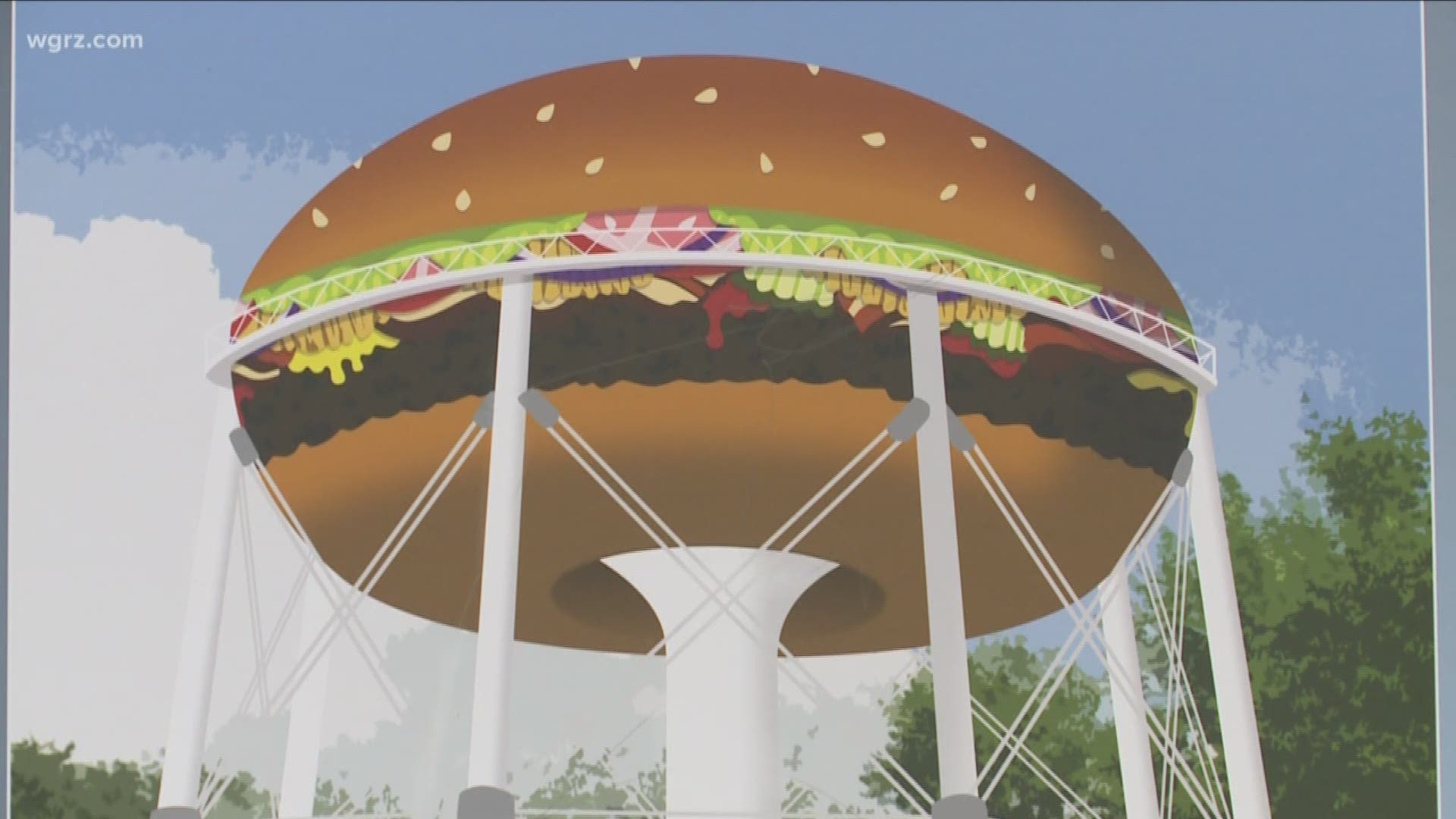 HAMBURG, N.Y. — The moment the Town of Hamburg had been waiting for finally arrived Saturday, as the winning design for the hamburger water tower was officially unveiled.

Residents and members of the project's board came out to the unveiling Saturday afternoon, where winner Dylan Cownie showed off his design and talked with 2 On Your Side about the inspiration behind it.

"It'd been something I'd been working on since March when they announced that they were ready to start accepting the designs," Cownie said. "And so it's been almost a year in the making, and you know, I really love hamburgers obviously, so this was an exciting project for me."

Thousands of residents signed a petition to re-paint the tower ahead of the design contest nearly a year ago.

When asked about how he came up with the design, he told us, "My main goal was to make it as colorful as possible and hopefully make a design for a burger that I would want to eat."

Now, there's still "quite a bit of fundraising to do" before the project gets underway, according to Chris Hannotte Luly, chair of the hamburger water tower project.

"What we wanted to say emphatically is there are no taxpayers dollars involved here. This is a community supported project, and we plan to have all fundraising from the community," Hannotte Luly said. "So we're going to look to our supporters."

For more information you can visit the Hamburger Water Tower website.