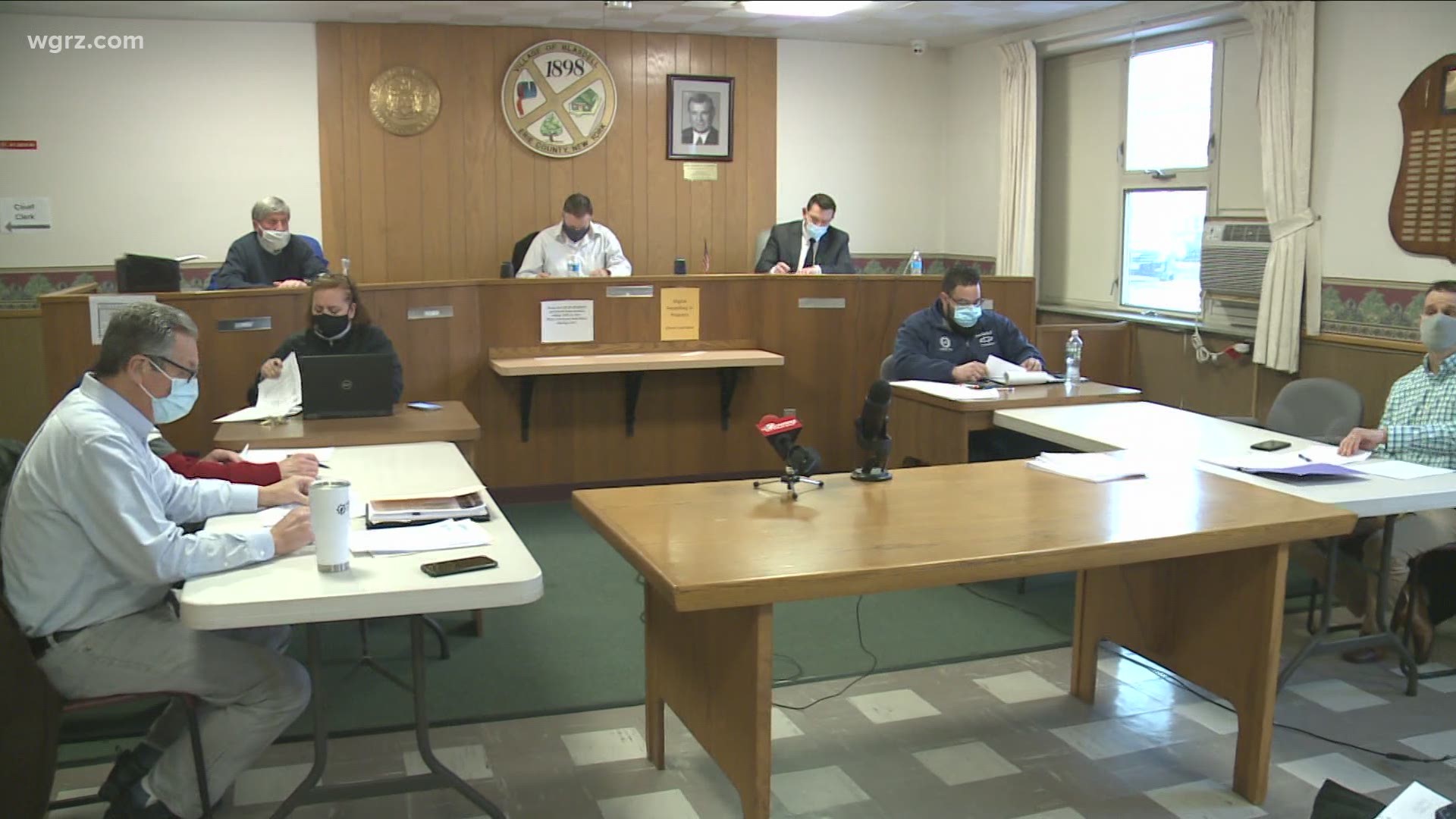 HAMBURG, N.Y. — In a meeting Tuesday evening, the Hamburg Industrial Development Agency (IDA) approved around $6 million in tax breaks for Amazon to build a new facility.

The $47 million warehouse and distribution facility would be located on 62 acres at the Lake Erie Commerce Center at the intersections of Lake Shore and Bayview roads. Town of Hamburg Supervisor Jim Shaw said the industrial zoned land is ideal for the new facility.

During the special meeting, board members who supported the project spoke about the importance of job creation and economic growth in the town of Hamburg.

"We've got to give those people the opportunity to stay here and make things prosper, I know I will be in favor of this project and there is a lot to to be seen here in the town of Hamburg," said Hamburg IDA Board Member Tom Moses.

While the Hamburg IDA approved the project including tax incentives, it was not a unanimous vote, the project was approved by a vote of 6-3.

In it's proposal, Amazon promised to bring 50 full-time and 50 part-time jobs. However, board members who opposed the project said they have concerns about wages and the quality of jobs that Amazon would bring.

"This is the wrong project, this is the wrong company to have in Western New York," said Hamburg IDA Board Member Wenceslao Valentin. "They treat their employees like robots, they treat them like robots, they get them in and they spit them out. They have no respect for their people, that's going to be our people, that's going to be my son working there and I cannot in good faith vote for this."

"Entry level positions are something that we do need here and they may not be the best paying jobs, but they are certainly jobs that give people hope and opportunity and therefore I am behind this project," he said.

After the meeting, Town of Hamburg Supervisor Jim Shaw told 2 On Your Side he's pleased with the boards decision.

"I am happy with the vote, I think the IDA board did the right thing for the long term best interest of our community and I'm proud of the people in our community who debated this intelligently all the way through," said Shaw.

Shaw said with this approval, construction could begin as soon as March.

BREAKING:
The Hamburg Industrial Development Agency board has voted to approve around $6 million in tax incentives for the proposed Amazon facility in Hamburg.@WGRZ pic.twitter.com/snjN7hNYBr