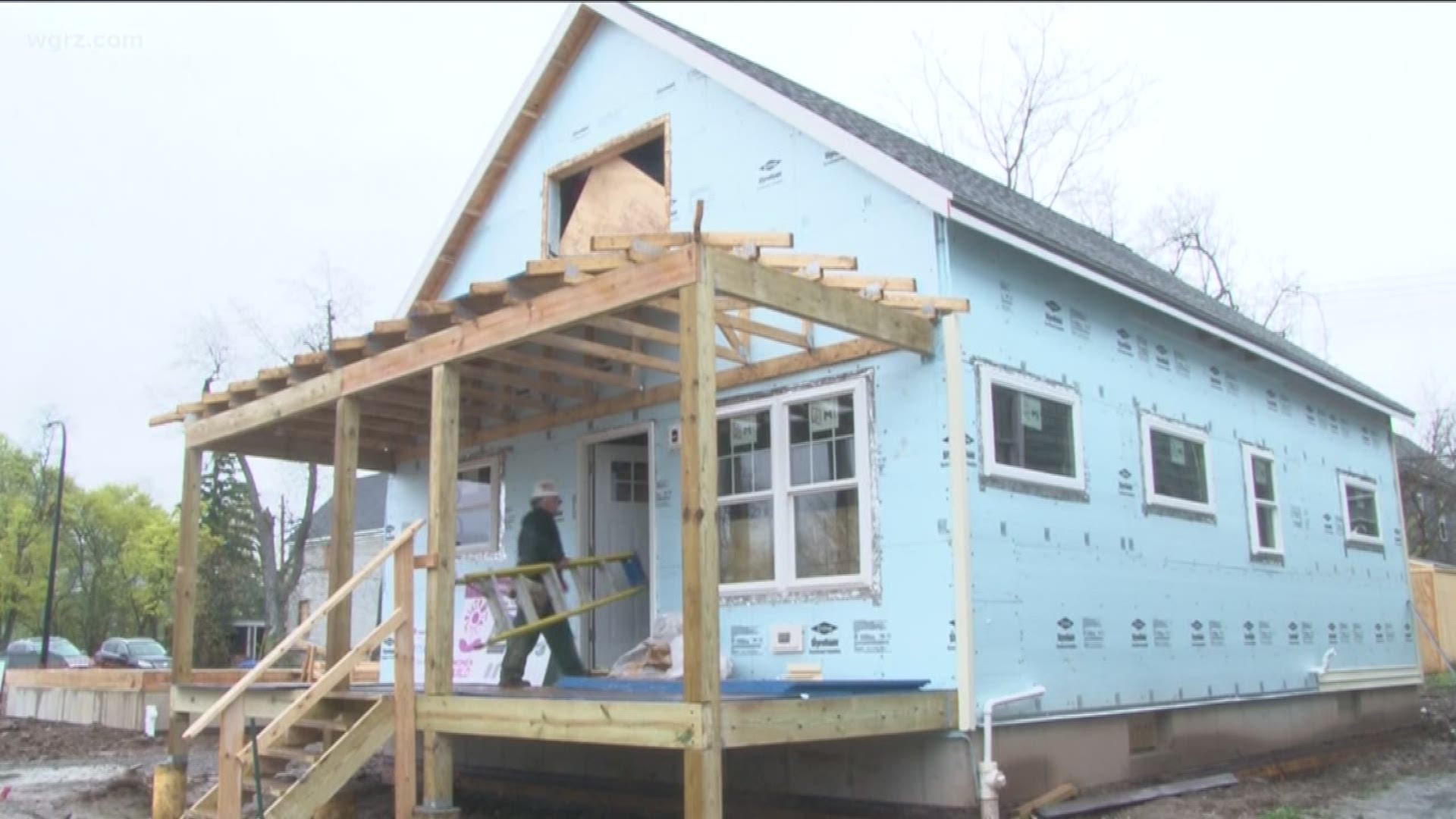 The initiative is designed to highlight the challenges facing women homeowners. The goal is to empower women with simple home repair skills while also providing housing for low-income families.

"It's an opportunity to get women involved so they know what habitat's about and also give back to the community at the same time," Teresa Bianchi told 2 On Your Side.

Bianchi is the Executive Director of Habitat Buffalo and helps oversee the volunteers. Women Build Week is one of the few times she's able to engage more women in the work Habitat Buffalo does year-round.

Construction for the 2019 Women Build Week began Monday morning on three homes on Brooklyn Street. The two teams began working on frame building and installing insulation despite rainy and cold weather conditions. This year, the teams of volunteers had the added responsibility of helping raise money for the materials needed to build the homes.

"We were afraid that we were gonna’ have to cancel the women’s build, but they came together. They’re doing peer-to-peer fundraising to raise enough money for the insulation and the lumber and the supervision and insurance that we need to keep projects like this going", Bianchi said.

More than 100 volunteers are expected to come out during Women Build Week. The three houses that are built will be sold to lower-income families. the mortgage payments will go toward building projects for Habitat for Humanity.

The team that raises the most money will have their name added the house they built. Donations can be made to the build teams here.