Amid a rising number of violent crimes in the city, NYS Attorney General Letitia James' office will host the event at the African Methodist Episcopal Church. 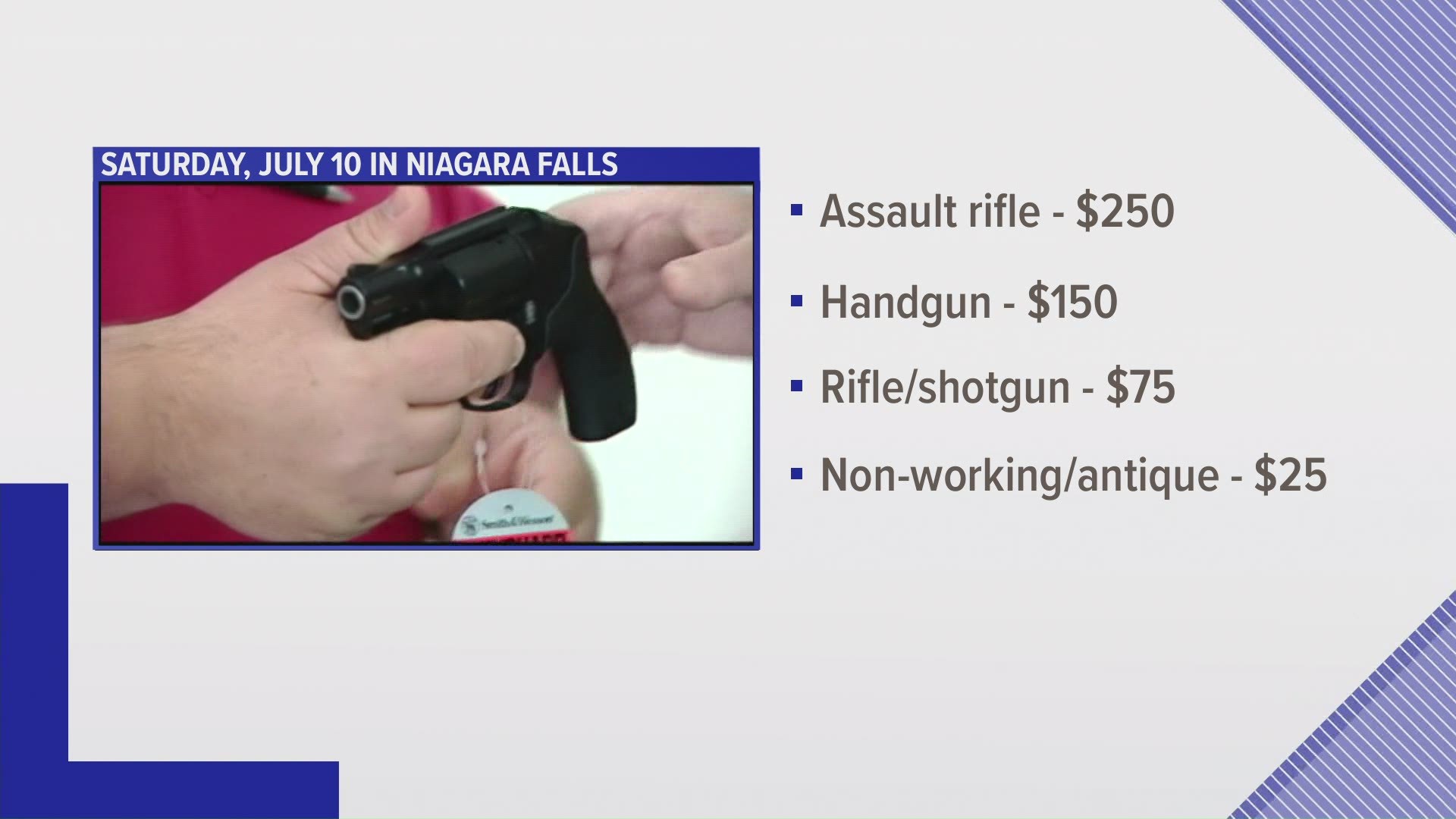 NIAGARA FALLS, N.Y. — Staff from the office of New York State Attorney General Letitia James will be in Niagara Falls on July 10 to host a Gun BuyBack program.

Partnering with the Niagara Falls Police Department, the event will be held from 10 a.m. until 2 p.m. at the African Methodist Episcopal Church located at 917 Garden Avenue & Richard Allen Way.

Last week, Niagara Falls Mayor Rob Restaino said the city has seen an uptick in violent crime and drug activity, similar to other cities across the country. "I know we have some issues they’re dealing with in the inner city issues between Hyde Park and Portage, just down in that area, as well as, down in the tourist location," Restaino said.

If you plan to bring a gun to the event, it must be transported in the trunk of your vehicle and be unloaded and in a plastic bag, paper bag or a box.  There is no limit on how many guns can be surrendered. You do not need to bring ID. This is considered an amnesty program and no questions will be asked of anyone who drops off a firearm.

Licensed gun dealers and active or retired law enforcement are not eligible for this program.

Here is what you will receive:

Organizers of the buyback ask that those who attend wear a mask and main social distancing.