Noelvin's grandparents speak with reporters after visiting the toddler at Erie County CPS. The family hopes they'll soon have custody of the boy. 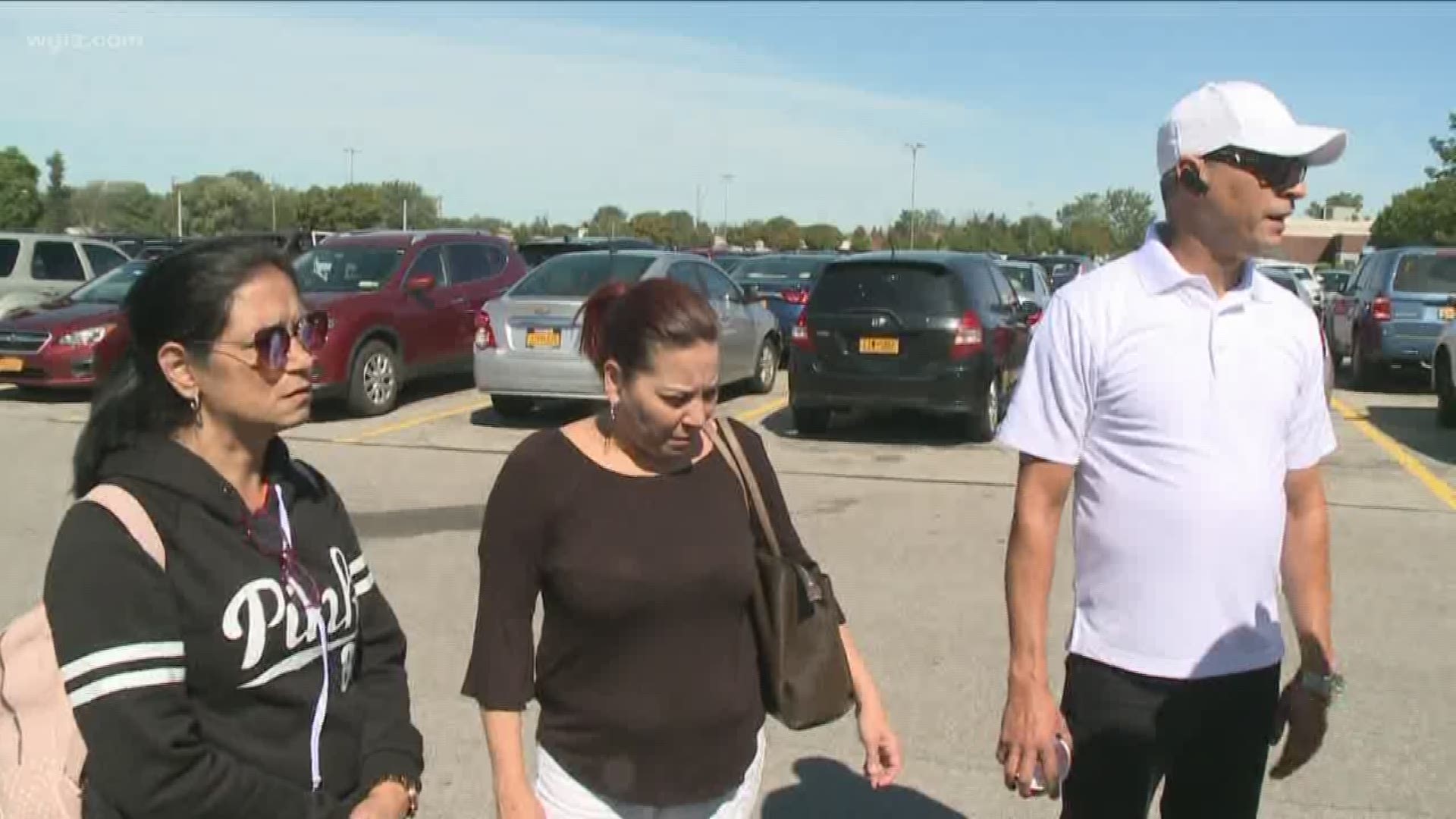 BUFFALO, N.Y. — The parents of Noelvin Valentin are still missing, but the grandparents are doing what they can to take custody of him and bring him back to Florida as soon as they can.

Noelvin was discovered asleep in a cardboard box on a porch on Potomac Avenue Monday morning. His grandparents flew up to Buffalo from Orlando to claim the boy.

Zenaida Colon tells 2 On Your Side she filed for custody Tuesday, but was told by CPS it will be three weeks before they get a hearing in court.

Until a decision is made, the grandparents can have up to three visitations with the toddler, per week.

Colon spoke to reporters outside Erie County Department of Social Services in Cheektowaga right after their first two-hour visit with Noelvin, Wednesday morning.

"He looks good," said the tearful grandmother. "He was happy and we interacted fine with him. He recognized us...hugged us, kissed us...it was a good visit."

And now the family is focused on doing what they can to bring him home sooner rather than later. They admit they're not happy with the court hearing set for October 9. They're hoping to do what they can to speed up the process.

They're flying home Wednesday night in order to coordinate with Child Protective Services in Orlando, where Colon lives, so that social workers can inspect her home. The family plans to come back to Buffalo soon after.

Once CPS in Florida reports back to Erie County Child Protective Services, the hope is that the judge hearing the case will move up the court date.

"The judge was very very good with us," explained Colon, "and she said that if we can expedite this, then she will...I just got to do my part in Orlando. My plea right now is to please help me get him home. I'm thankful for Buffalo, New York for taking care of him for a few days...but I think it's time for us to head home."

Right after the interview outside of Erie County CPS, the family of Noelvin left to go meet with investigators about the search for his parents.

The couple and a friend they were traveling with are listed as missing; however, police are investigating the possibility that they may be dead.

Just hours after the toddler was found on Potomac Avenue in Buffalo, police found a recently burnt-up car, less than a mile away on Tonawanda Street.

Homicide detectives confirmed there were human remains inside.

There has been no update from police Wednesday on the status of the homicide, arson and missing persons investigation.

"In all cases, the health and safety of the children in our community is our top priority. Our efforts are always aimed at establishing a safe and permanent plan for any child who enters our system of care and our dedicated staff handles each case with respect and confidentiality. Accordingly, we cannot comment on any specific case."