The grandmother of a 12-year-old boy shot has one message for the people shooting and killing in the city: "STOP!" 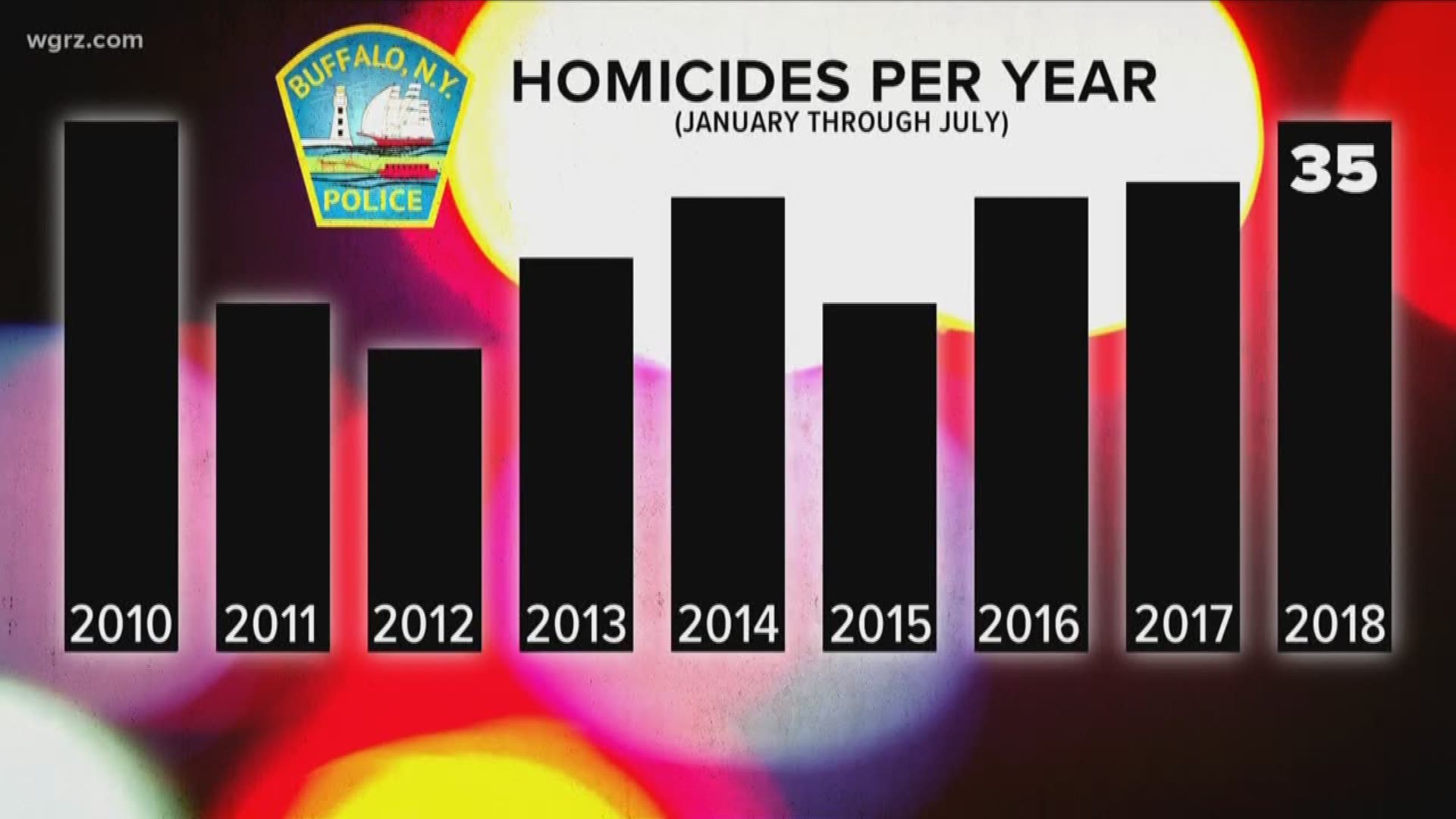 BUFFALO, N.Y. - The grandmother of a 12-year old boy shot on Hurlock Street in Buffalo cried as she talked about the shooting that barely missed the boy's head.

Children, women and innocent victims are being shot at an alarming rate in Buffalo and residents are fearful and want something done. "It scared me half to death, I heard something go pop, pop, pop," said James Davis of Buffalo, of the Monday morning shooting.

The grandmother who asked to be identified as Pumpkin, said her grandson was watching

She said the bullet hit the boy in the shoulder, missing his head by inches.

"It has to be stopped, we got to think of our grandbabies, our kids. Whoever doing this dirty work can y'all please stop. Could you all stop!"

Neighbors point to drugs, gangs, and feelings of disrespect for the gun violence. Davis said he tries not to say anything to the young gangsters for fear he might be shot.