Grandmother and grandson laid to rest 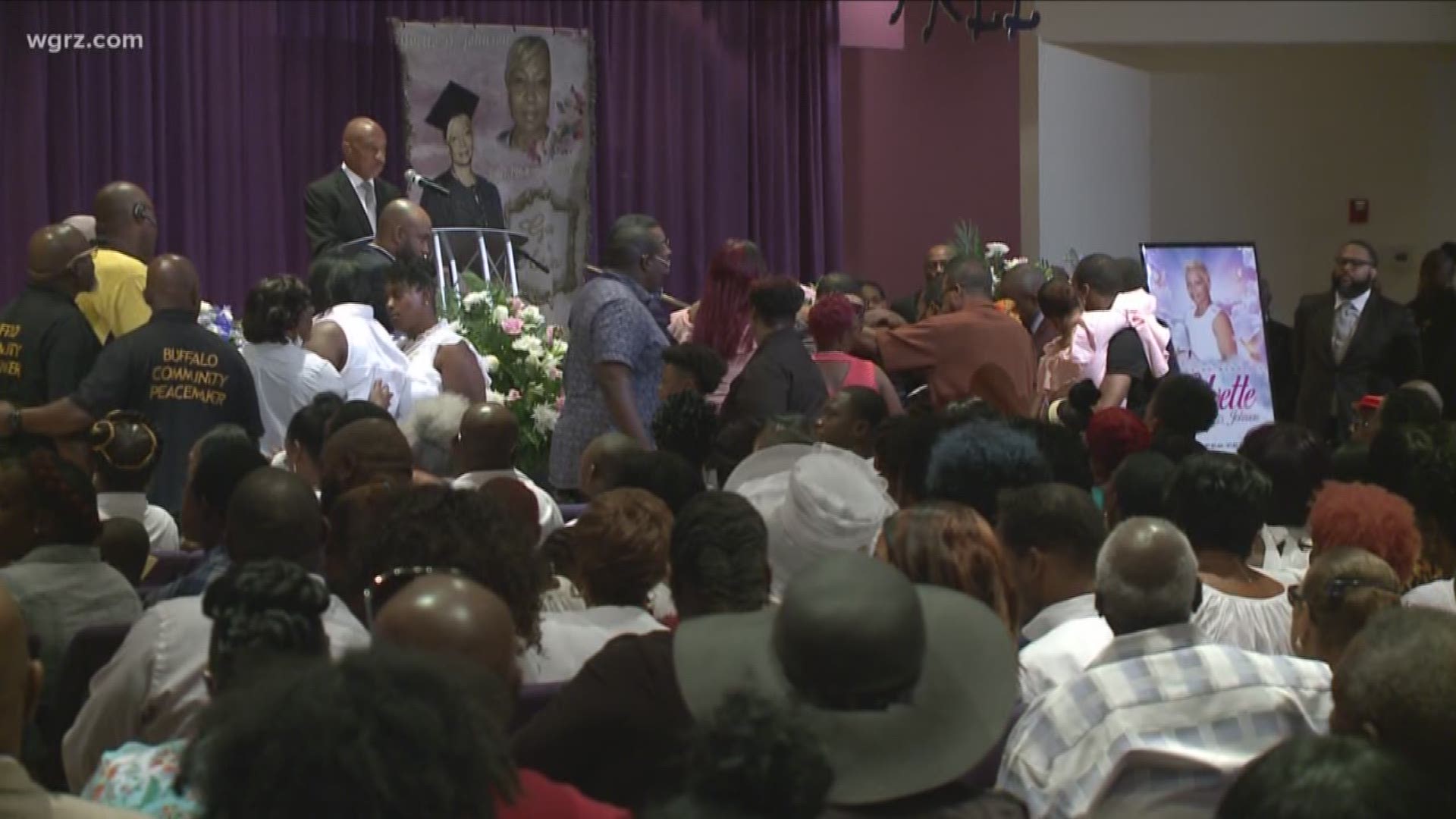 BUFFALO, N.Y. - An emotional funeral service for a grandmother and her 17-month-old grandson was held at True Bethel Baptist Church Monday. Yvette Johnson, 54 and Kyrie were killed shortly after midnight on July 2.

The pair died as a result of gunfire, and the gunman or gunmen remain at large. Two others were wounded, including one of Yvette's sons. It happened after a birthday celebration for the grandmother.

As for the investigation, Buffalo Police Captain Jeff Rinaldo said, "we have interviewed a number of people and we're starting to put stories together. We've recovered some video evidence and slowly starting to get a whole picture put together."

Hundreds filled True Bethel Baptist Church in Buffalo on Monday morning, one week after the tragedy, for the double funeral. Many family members wore white, and some wore shirts with the toddler's picture.

It was a striking scene to see Yvette's mother, Marlene Price, sit next to her daughter's casket for the entire service. She spoke briefly at the end of the service in the church thanking everyone, including Bishop Darius Pridgen.

She referred to her daughter as "mini-me."

"I want everyone to keep on loving because this was something I never thought would happen to Yvette."

Outside the church, Price spoke briefly with reporters, saying "I pray so hard for the person that did this to her because this didn't belong to them, she belonged to the city and the jobs that she did."

"This is a a day that should not have ever occurred. My daughter spent a lot of years in school and college. She didn't come in blue jeans and a baseball cap, she came with a diploma," said Price.

Yvette Johnson had degrees and certificates and she took training courses in Child Traumatic Grief.

Former Fruitbelt activist, Veronica Hemphill-Nichols, called Yvette "hardworking" adding, "this woman - she not only went to school full-time, she worked full-time. And she did it with excellence."

During the eulogy, Bishop Pridgen urged people, especially young people, to be respectful and didn't shy away from saying "this was not a targeted murder," and that people should stop throwing shade especially when "they don't even know what they're talking about."

"When you are hurting there are no streets, there are no denominations, there's no black or white, only arms" to comfort the grieving.

Hemphill-Nichols said it's important "to support the police, they are the only ones with the authority to stop this stuff."

There was a balloon launch as a final farewell to the victims after the service in the church parking lot on East Ferry in Buffalo.

Anyone with information about the incident is asked to call the Buffalo Police confidential tipline at (716) 847-2255.