'I stand by the fact that charges should've been filed, and there was probable cause at that time to charge that offense, and I stand by that,' said DA Flynn. 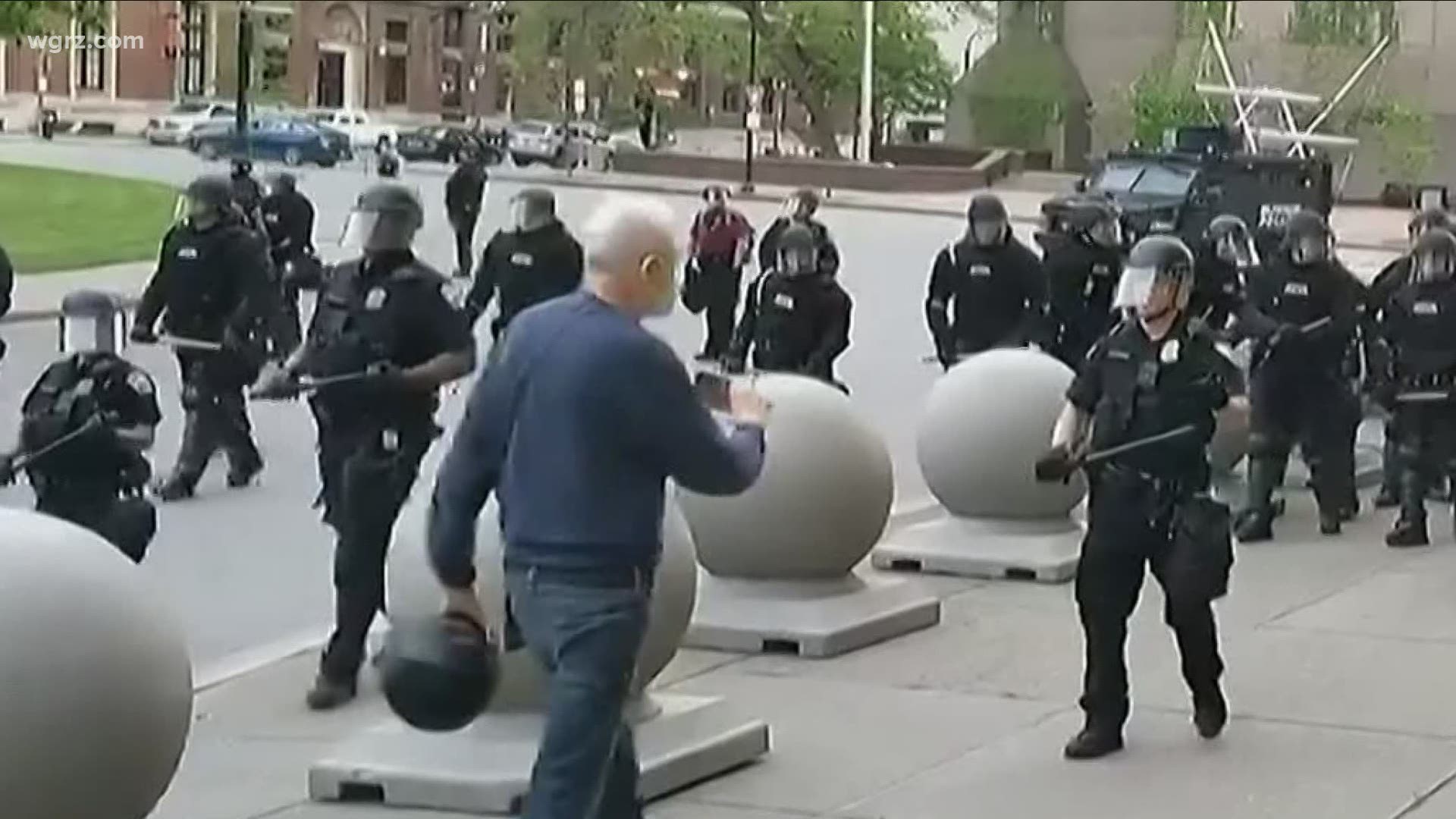 The charges against Officers Aaron Torgalski and Robert McCabe followed an incident during a Black Lives Matter protest in June in front of Buffalo City Hall.

A video taken by a journalist showed Torgalski and McCabe shoving 75-year-old Martin Gugino while he was approaching officers after curfew. Gugino hit his head and suffered a fractured skull.

Flynn charged both officers with felony assault last June and they were put on administrative leave with the Buffalo Police Department.

Even though the grand jury dismissed the case Thursday, Flynn during a news conference said he still stands by his decision.

"I stand by the fact that charges should've been filed, and there was probable cause at that time to charge that offense, and I stand by that," he said. 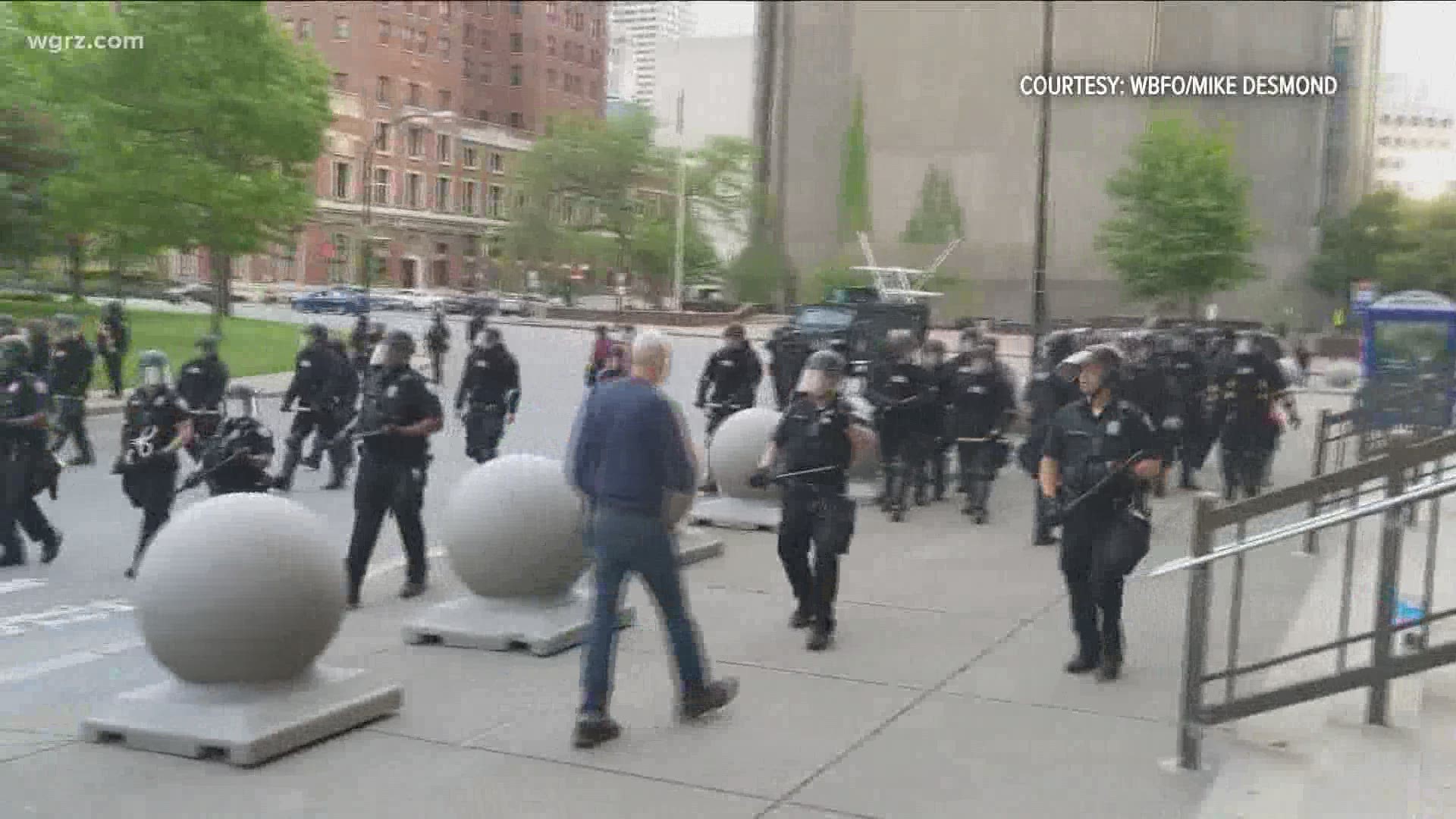 The grand jury investigation took this long because the grand jury was shut down due to the coronavirus pandemic. Flynn said once it resumed, he had higher priority cases to tend to.

In New York, a grand jury is a secret proceeding so Flynn said he could not give many details but did speak about the importance of the video.

"The video was the main evidence that we got on day one and still is today," he said.

Expecting some criticism, Flynn said to anyone who may think he rushed to judgment with charging the officers, he said anyone would see there was probable cause.

"The fact of the matter is, like I said before, the video speaks for itself," he said.

A spokesperson for Buffalo Police said both officers are still currently suspended, pending the conclusion of an internal investigation.

Both officers involved in the incident were quickly placed on administrative leave from the Buffalo Police Department. It's unknown if they will be reinstated. https://t.co/czYtgbTYEF