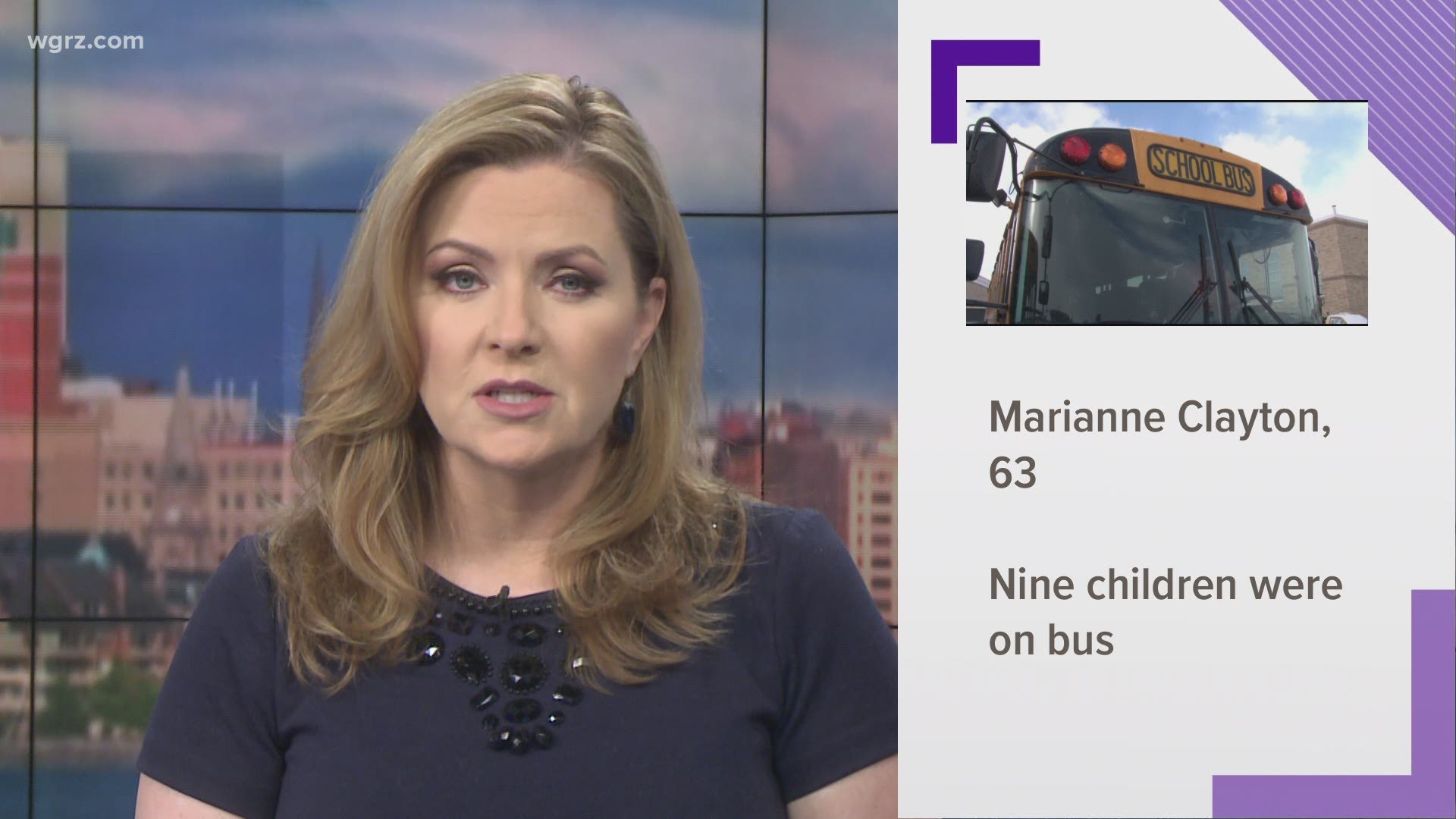 GOWANDA, N.Y. — A school bus driver is facing multiple felony DWI and other charges after being pulled over while driving the bus with children on it Tuesday morning.

The Erie County Sheriff's office was requested to assist Seneca Nation Marshals following a report that the bus was seen swerving into oncoming traffic on Rt. 438.

After the Marshals pulled the bus over, deputies arrived to administer field sobriety tests to the driver, 63-year-old Marianne Clayton of Silver Creek. Deputies say Clayton failed those tests and was taken to the Sheriff substation in North Collins where further testing found her to allegedly be impaired by drugs.

Nine Gowanda Central students were on the bus at the time. None were injured. Another bus was sent to finish taking them to Lakeshore BOCES.

Clayton is also charged with a misdemeanor count of DWI-Drugs and seven counts of endangering the welfare of a child. She was released to a sober third party.

The Gowanda School District issued the following statement regarding the incident:

Gowanda Central School District was notified Tuesday, June 1, 2021, that a contracted bus driver transporting some of our secondary-level students to out-of-district programs was pulled over by local law enforcement for erratic driving. All students on board were safe and provided alternative transportation.

The safety and security of our students is our No. 1 priority. We have been in contact with the local authorities and the WNY Bus Company to investigate how this incident took place.

Our goal is to learn from this and ensure we do everything in our power as a district to provide a safe learning environment for our students while in our care. The administration is reaching out to families and anyone needing support may contact their child’s school main office at (716) 532-3325, ext. 5003 (middle school) or ext. 6004 (high school).

For any questions concerning the incident, which did not involve a district employee or bus, please contact the WNY Bus Company at (716) 473-7077.