The broadband bill passed by the state legislature in July still hasn't been signed by Governor Cuomo, and he has until the end of the year to sign or veto it. 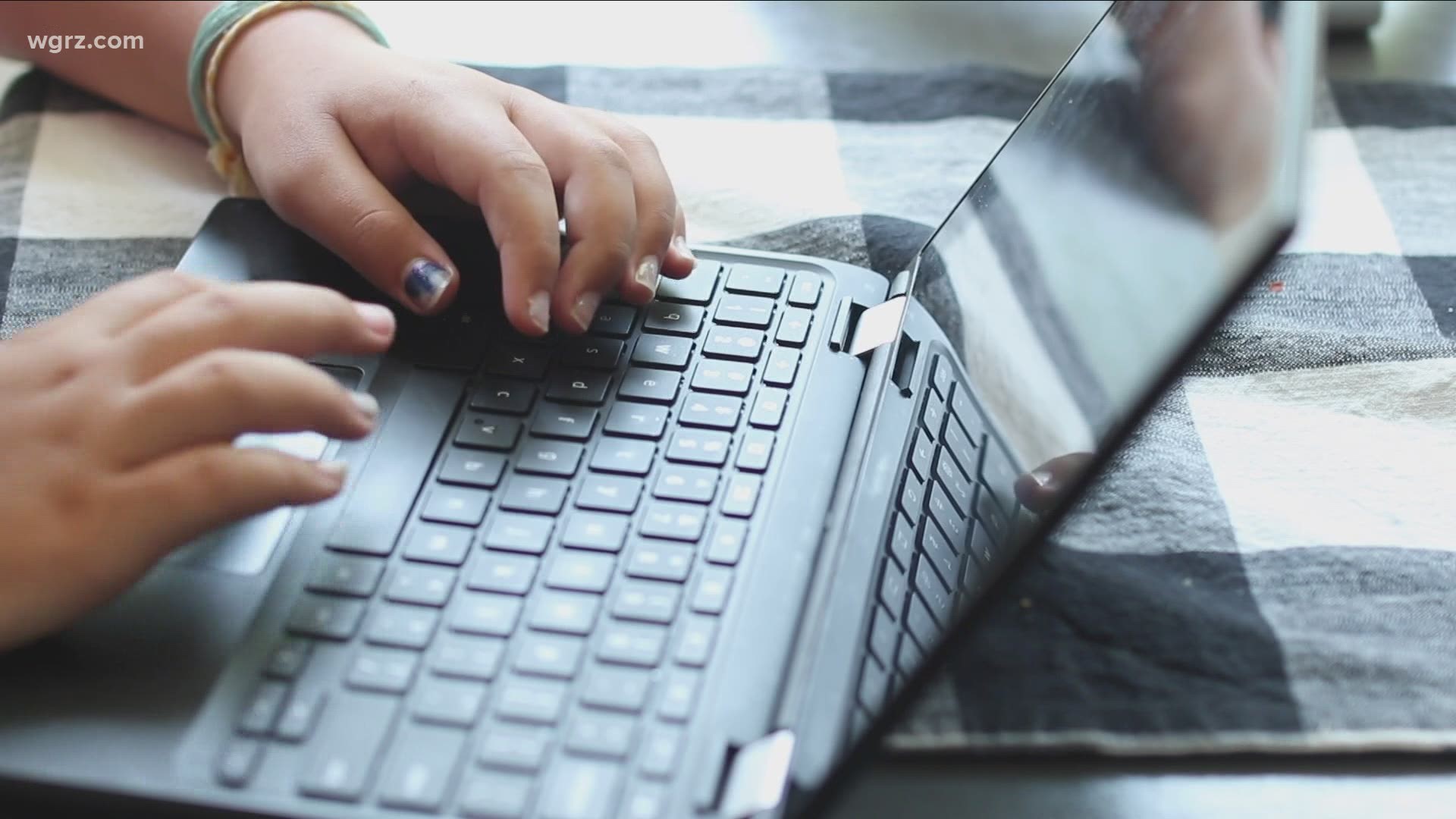 BUFFALO, N.Y. — New York Assembly bill A667C and the Senate version, S8805, were passed with overwhelming support of the legislature.

The bill called on the Public Service Commission to conduct a study, starting 30 days after a presumed signing by the Governor, of broadband access and quality across the state.

"There's certainly frustration, we want to get this going," Ryan said. "There's frustration because we're having our constituents call and saying, 'I can't work from home, because my internet doesn't function properly."

Ryan said people trying to virtually learn from home are running issues with connectivity as well. 2 On Your Side has highlighted several stories this year with people facing those challenges.

"So we need to get this going," Ryan added.

With two weeks out from the end of the year, the Governor has to call it up to sign it, otherwise, it goes into the ether. Ryan says it's being reviewed by all three chambers.

"We're in the pre-review stage now where the Governor's Council, the Senate council, and the Assembly council are now all reviewing the bill, to see if there are any property problems, or if the bill can be sent directly up for signature," Ryan said.

In July the legislature passed a #broadband study bill that would map out who has broadband, who doesn't, and who lacks quality service in the state. @NYGovCuomo still hasn't signed it.

And he has until the end of the year to sign or veto it.

Several months ago, the Governor's office told 2 On Your Side the bill was being reviewed. It's unclear why the bill has been under review for several months.

If the Governor doesn’t call up and sign the bill by the end of the year then it’s back to square one. There is however the new supermajority in the legislature to consider.

"I would say it's certainly a benefit of having a supermajority is you could overturn actions like this, but I don't think we're close to that," Ryan said. "I think the Governor understands the problems with the internet in New York State, in that we're endeavoring to fix them."

Even if the bill gets signed, the problems New York residents are facing will still exist until the study is complete and even after.

While the exact reasons for the bill being held up for review aren't clear, Ryan says outside forces are meddling and likely causing the trouble for this bill getting signed.

"I do know the big telecommunications companies, that provide people with subpar internet, they're against any study like this," Ryan said. "So I think there are major players out there working behind the scenes to try to stop a bill like this from going forward."

In the meantime, residents across New York clamoring for better broadband will wait by day, by the hour, and by the minute for the Governor to either sign the bill or not.

Had the bill been immediately signed by the Governor, the study would already be underway, according to Ryan.