What is happening in Texas regarding the abortion law has top New York State leaders speaking out. 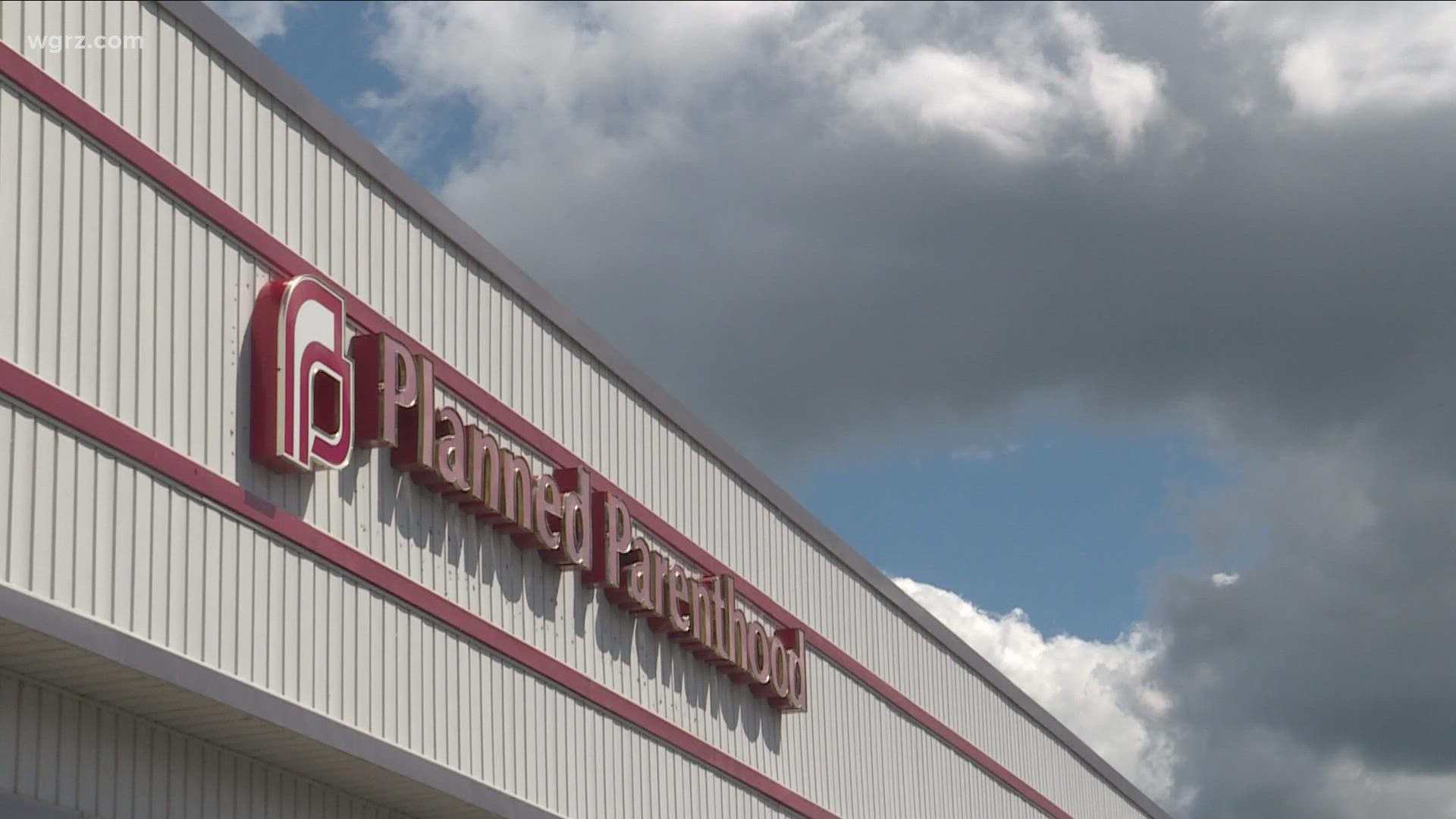 BUFFALO, N.Y. — Texas may have one of the most extreme abortion bans in the nation.

The new law bans abortions at approximately six weeks from a woman's last menstrual period. Anyone who performs or helps with the abortion can be sued.

Senator Kirsten Gillibrand, standing with a large group of female lawmakers and advocates in front of the Women's Rights Pioneers Monument in Central Park said, "Many young women will not know whether or not they are pregnant at six weeks. It deputizes vigilantes to go after you, anybody in that state has universal standing to go after you and make sure you get prosecuted if you are seeking an abortion or helping someone make a decision."

New York Governor Kathy Hochul related a personal experience. "I guarantee I did not know I was pregnant with my first child at six weeks. I actually went on a whitewater rafting trip. It turns out at three months because I didn't know I was pregnant, that is the reality of real people. We don't always know, so you're denied the choice that should be yours as a woman and something we took for granted by Texas who thinks six weeks is the magic date that you should have been aware you should know this."

Gov. Hochul plans on being aggressive to make sure New York is a safe place for women seeking an abortion.

The department of health will also enact regulatory updates to allow for the provision of services via telehealth. These updates will ensure that medication abortion is more easily accessed during telehealth visits.

Fighting disinformation on social media is also part of the plan. She is sending a message to Facebook today. "There's accountability and responsibility at the top of those companies to help tell the truth across this nation," said the Governor.