According to the governor's office, the three bills will make it easier for WTC first responders to apply for WTC benefits. 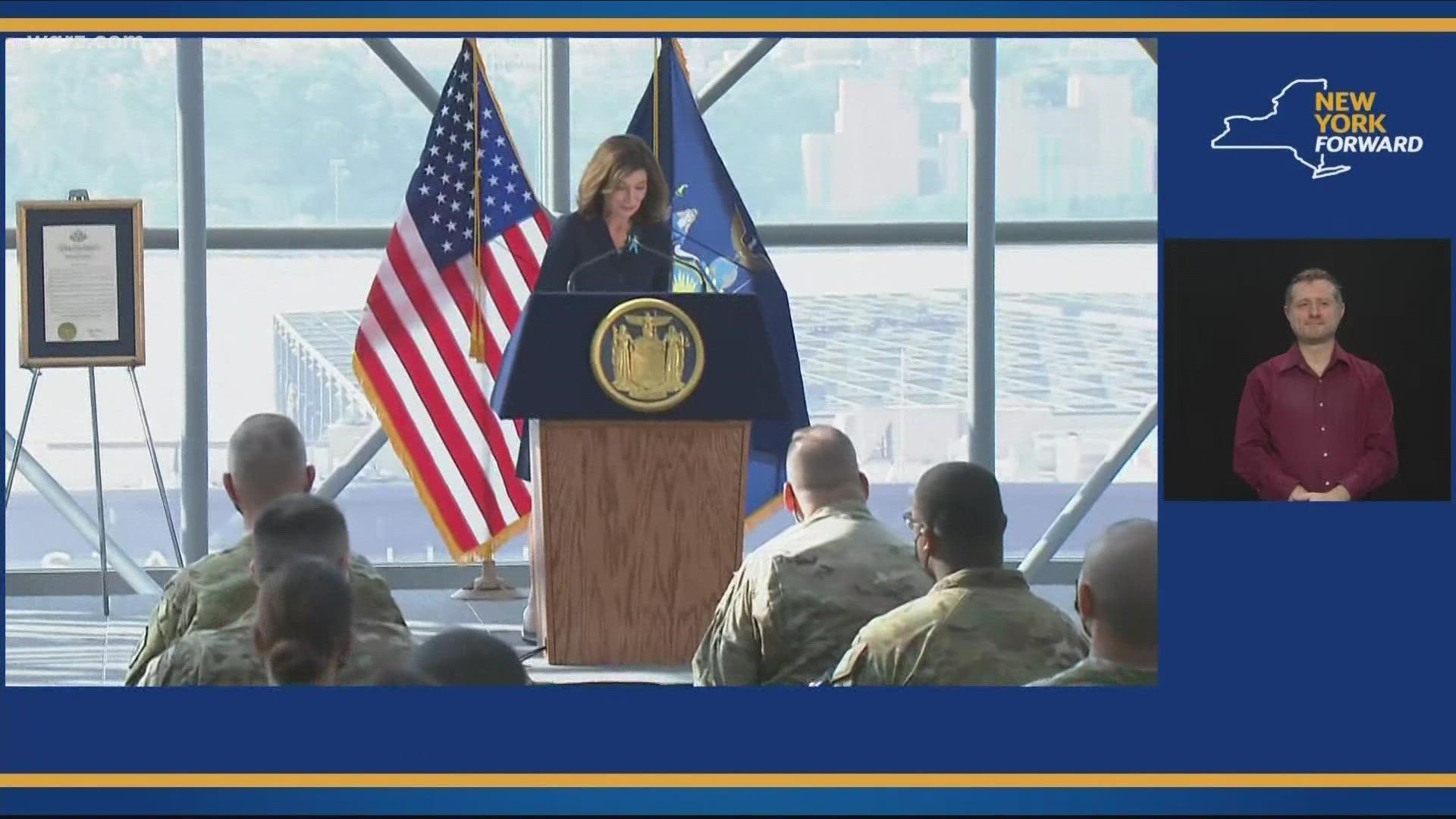 NEW YORK — To mark the 20th anniversary of 9/11, Gov. Kathy Hochul signed three pieces of legislation to ensure all first responders who participated in the World Trade Center rescue, recovery, and cleanup operations can access benefits available to them.

According to the governor's office, the bills will make it easier for WTC first responders to apply for WTC benefits, by both expanding the criteria for defining WTC first responders and allowing online submissions of notice that members of a retirement system participated in WTC rescue, recovery, or cleanup operations.

"As we mark the 20th anniversary of a day that touched the lives of every single New Yorker, we remember those we lost and honor those who are with us today who participated in the World Trade Center rescue, recovery, and cleanup," Governor Hochul said.

"These laws will help not only first responders who were at the World Trade Center on that terrible day and those who cleaned the site for weeks afterward but also the emergency dispatchers and communications personnel who keep us safe today. We will ensure they receive the support and benefits they deserve."

Expanding the Criteria to Define First Responders Who Participated in the World Trade Center Rescue:

This legislation (S.4961-B/A.6384-A) expands the definition of a member who participated in WTC rescue. The term "member" will now include any person who is currently a member of a public retirement system, irrespective of whether the employee was a participant of the system at that time. The employee must have become a participant in the retirement system since that time and purchased service credit for some or all of qualifying period.

This bill seeks to streamline the system for filing WTC notices of participation by allowing for the electronic filing of these notices with a member's retirement system to ensure that anyone who participated in rescue, recovery, and cleanup can avail themselves of the world trade center benefits.

Expanding the Definition of First Responder to Include Communications Workers: