Governor Cuomo will travel to Connecticut and New Jersey to to work on creating regional symmetry when it comes to vaping and legalizing recreational marijuana. 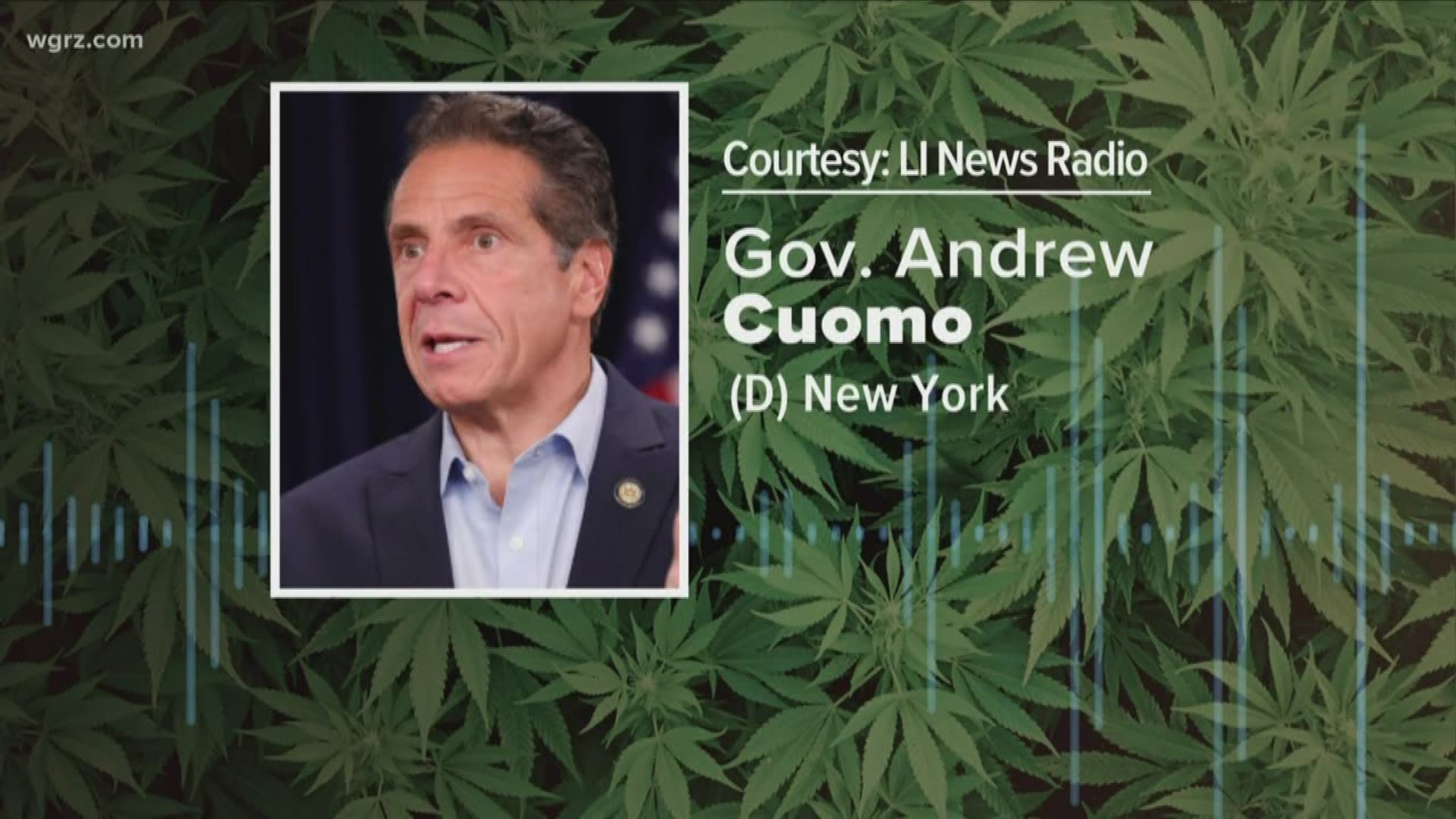 ALBANY, N.Y. — Governor Andrew Cuomo wants to work with neighboring states on how to regulate e-cigarettes and marijuana.

Tuesday during an interview with Long Island News Radio, Cuomo said he will be traveling to Connecticut and New Jersey to work on creating regional symmetry when it comes to vaping and legalizing recreational marijuana.

"For one state to do it, it makes no sense if the neighboring state has a different policy because then you just incentivize people to drive over the border and buy it there" he said.

"I again will applaud the governor for any kind of conversations he's having with any level of state or any level of government to move this issue forward" said Assembly-member Crystal Peoples-Stokes about legalizing recreational marijuana.

As reported cases of a severe pulmonary illness continue to rise in New York and across the nation, Cuomo recently banned flavored e-cigarettes in New York. He said this ban opens up new conversations when it comes to legalizing marijuana.

Despite it not getting done last session, Cuomo says New York is still serious about legalizing recreational marijuana.

"I think is an issue of when we will legalize it and if that next year i think that's great and i'm ready to go work on it right now" said Peoples-Stokes.