The governor says he understands that he acted in a way that made people feel uncomfortable, saying it was unintentional, and apologized for his actions. 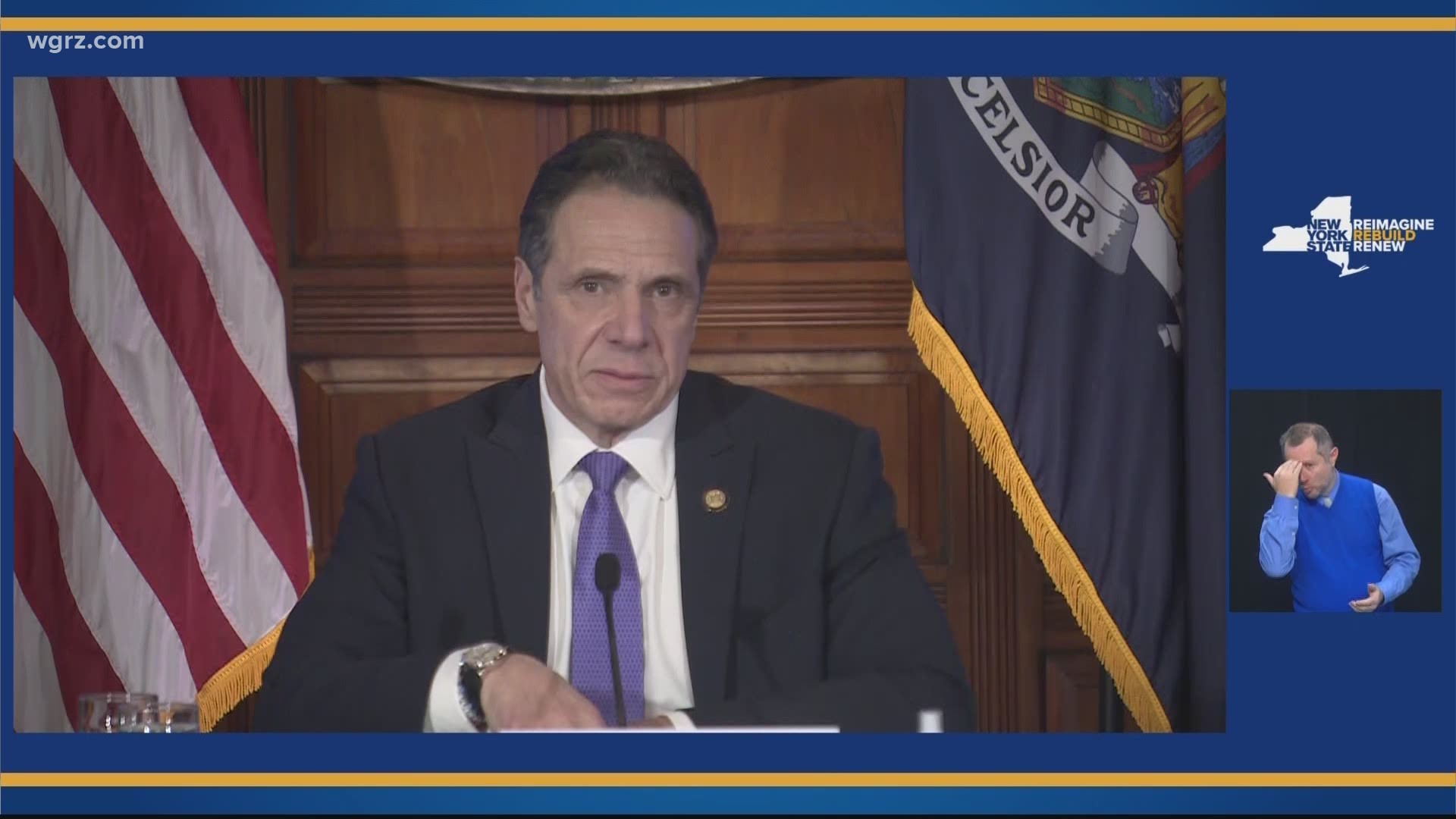 After providing an update regarding the state's response to the COVID-19 pandemic, the governor addressed the recent sexual harassment allegations that have been made against him.

Gov. Cuomo says he will fully cooperate with the review that's being conducted by the New York attorney general. He then went on to say that he fully supports a "woman's right to come forward," saying that should be encouraged in every way.

The governor says he understands that he acted in a way that made people feel uncomfortable. Cuomo says it was unintentional and says he's embarrassed by it.

"I now understand that I acted in a way that made people feel uncomfortable," Cuomo said. "It was unintentional, and I truly and deeply apologize for it. I feel awful about it. And frankly I am embarrassed by it. And that's not easy to say, but that's the truth."

Cuomo says he never "touched anyone inappropriately," and says that he never meant to offend or hurt anyone.

The governor then went on to ask New Yorkers to "wait for the facts" from the attorney general's report before forming an opinion about the situation.

"Wait for the facts before you form an opinion," Cuomo said. "And as i said, my behavior here - I never touched anyone inappropriately. I never knew at the time that I was making anyone feel uncomfortable. And if I ever did make people feel uncomfortable, which I now understand that I have, I apologize for it. But then let the attorney general's office actually review the facts."

Cuomo says he's not going to resign adding, "I'm going to do the job the people of the state elected me to do."