Give Riders A Voice rally in Buffalo sought support for bill

People rallied in support of a bill that would require two riders as voting members on the NFTA's board of commissioners. 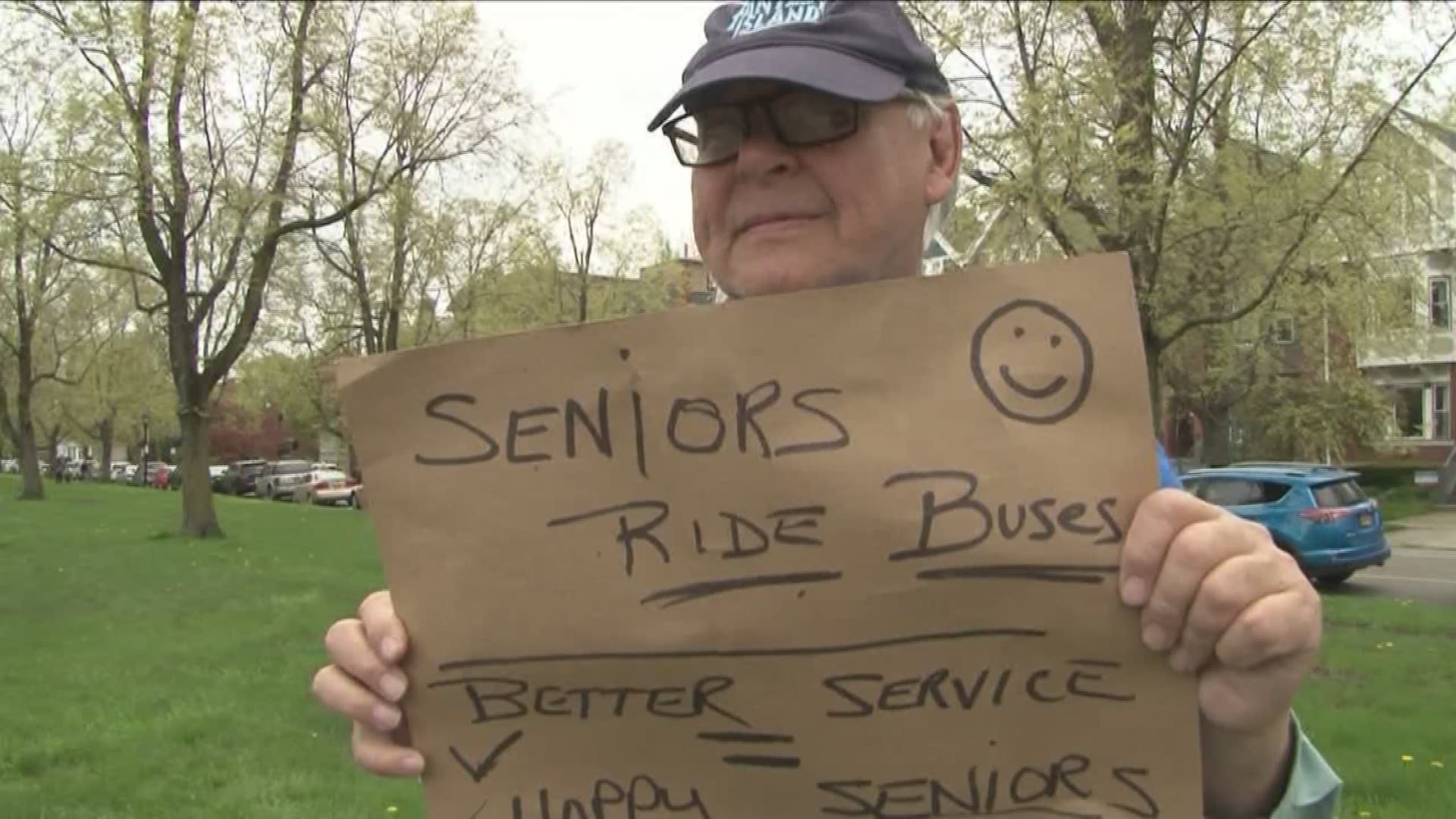 BUFFALO, N.Y. — Residents, community leaders, and elected officials rallied Saturday in support of Assembly Bill a6168, which would require the NFTA's board of commissioners to appoint two riders as voting members.

The Give Riders A Voice rally began at 11 a.m. near Elmwood Avenue and Bidwell Parkway.

The rally was held by the Buffalo Transit Riders United (BTRU).

"People who depend on the NFTA, including people with disabilities and low-income residents, need and deserve a voice and vote on the NFTA's decision-making body," said Andrew Marcum, a BTRU member.

Assemblypeople Sean Ryan and Monica Wallace want to add two people who actually use transit services to the 12-person board.

Those who gathered Saturday were trying to raise awareness for the cause, to get representation in Albany.

The measure has already passed the Assembly, but would then need to go through the Senate before it reaches the governor's desk.