Firefighters determined the fire started due to items being placed too close to a heater. 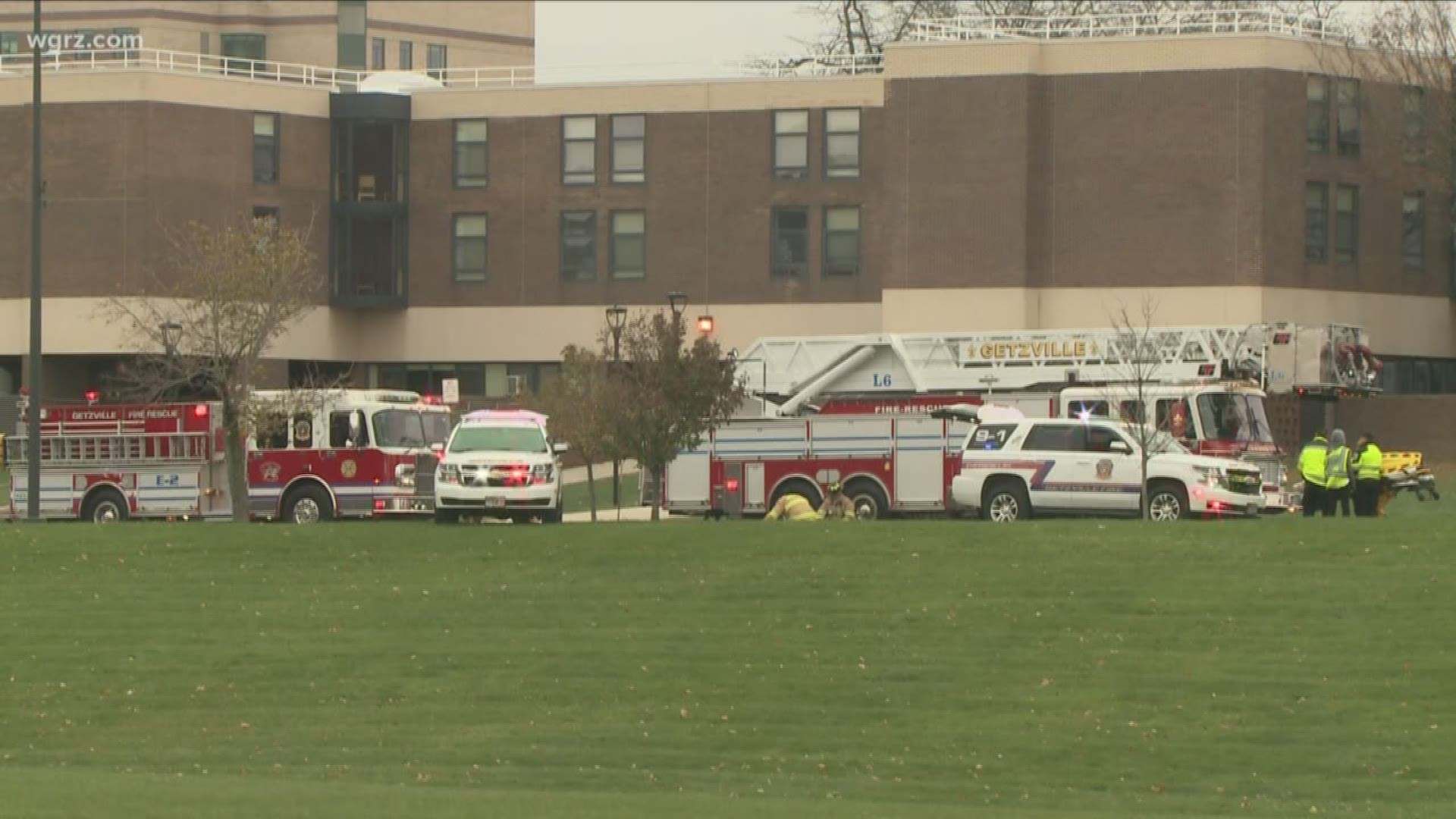 AMHERST, N.Y. — The Getzville Fire Company responded to a structure fire at the University at Buffalo North Campus around 11 a.m. Sunday.

Firefighters say the fire started in a dorm room on the first floor of Dewey Hall in the Governors Complex on Hadley Road. According to UB, two rooms were damaged, and five students from those rooms needed to be relocated.

About 800 students were evacuated from the building while firefighters put out the blaze.

Firefighters determined the fire started due to items being placed too close to a heater. No one was injured.

About 600 students were able to return to their rooms shortly after the fire was put out, according to UB. Roughly 200 students — who reside in Dewey Hall are being temporarily relocated to the Natural Sciences complex.

The university says Dewey Hall is open except for two rooms, which were impacted by the fire.

RELATED: Crews respond to fire on Buffalo's east side