"The fear is really real. It's really there and it hurts." 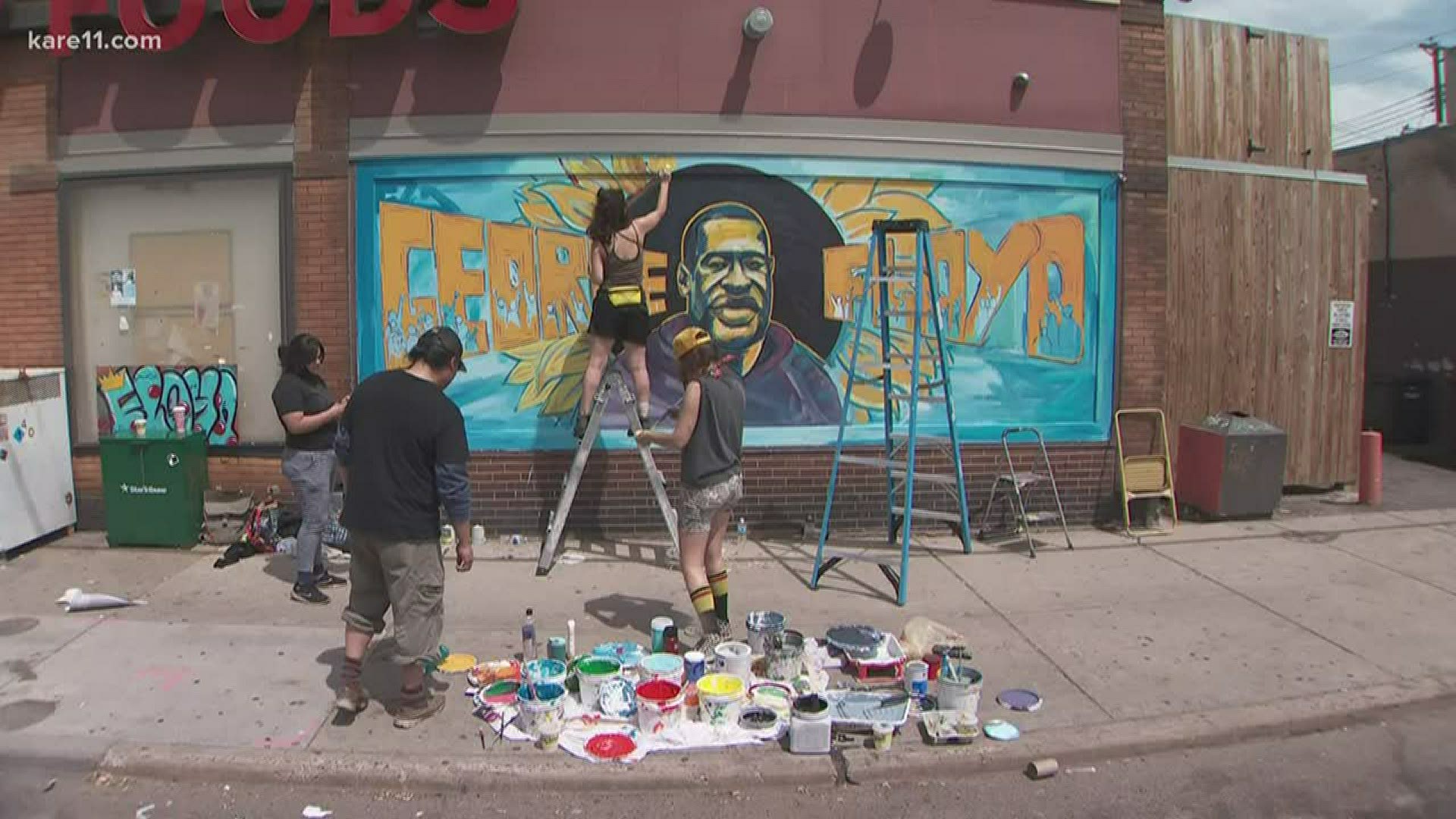 MINNEAPOLIS — Three days after his death, hundreds gathered again at the intersection of 38th Street and Chicago Avenue to remember George Floyd and call for change.

"I'm at a loss for words, to be honest," said DeAngelo Funches as he stood in front of the growing memorial in front of the Cup Foods store, where Floyd's encounter with Minneapolis police Monday evening took place. "This is right here, in front of me, that this happened."

Throughout the afternoon, the gathering at the site was peaceful, as people came to pay their respects, including the Rev. Al Sharpton.

Credit: KARE
A man, who told KARE 11 he did not wish to be named, prays in front of the memorial for George Floyd. He said he prayed for Floyd, his family, and the community.

Around the corner from the memorial, Minneapolis artists worked to paint a mural of Floyd.

"Hopefully, it’s a reminder that this should never happen again, and people need to step up in every way that they can to stand up against these corrupt systems," said Xena Goldman, one of the artists.

Artist Greta McLain said she felt the need to do something.

"What's our action? We feel so helpless by the life that was taken away from us, and a system that feels so big, and scary, and out of our control," she said.