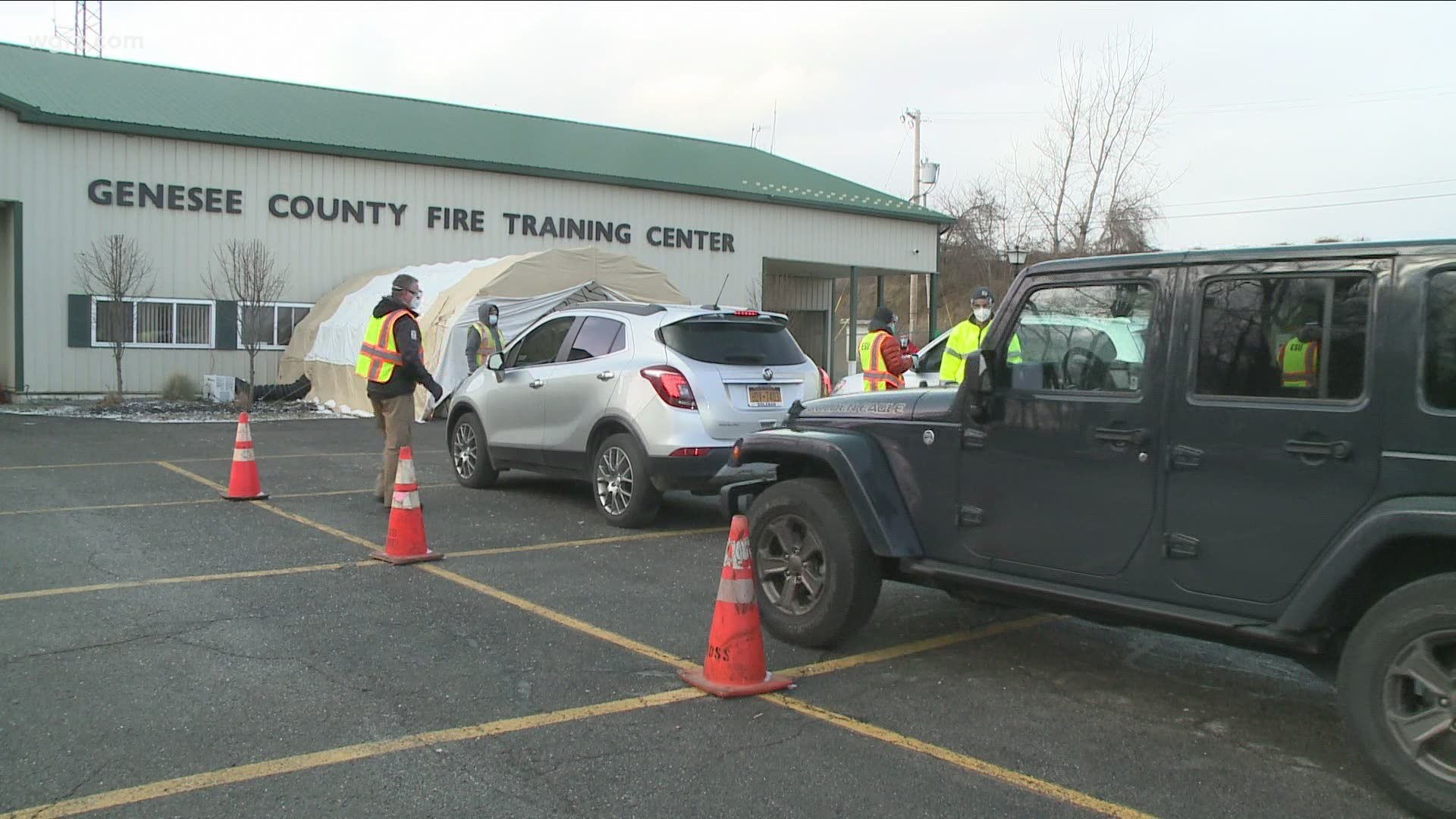 BATAVIA, N.Y. — Now that portions of Niagara and Genesee counties have been placed in a Yellow Zone with more restrictions and more testing requirements for schools, efforts are underway to find and trace those positive cases in the community. That effort now includes Orleans County as well.

"Today is one of our testing clinics - clinics that we started up here in Genesee County," said Genesee County Manager Matt Landers. "This is, I believe, our third week that we have been doing this on Tuesdays and Thursdays. It is primarily for asymptomatic individuals that wanna get a test possible because they're under a quarantine or they have suspicions or they want to travel or there's a variety of reasons. Up until this point, Genesee County has done a great job testing our symptomatic people, but we have found that there's a real need to test our asymptomatic people. So the state came through with some additional tests for us that allowed us to do this."

Landers says they're targeting Genesee County residents at these testing clinics; however, people from other areas will not be turned away.

The testing clinic is open from 1 p.m. to 4 p.m. on Tuesdays and Thursdays at the Fire Training Center on State Street Road in Batavia. Landers says the clinic is primarily intended for asymptomatic people.

"One of the goals is to identify asymptomatic positives but also to get our positivity rate down a bit," Landers said. "It's been a little bit high because we've been testing primarily sick people. So it helps in that fashion. But then with the Yellow Zone this is going to be an opportunity for also some of the schools potentially to take advantage of this because they have testing requirements."

Paul Pettit is the Public Health Director for both Genesee and Orleans counties and he also spoke about the COVID situation in more rural areas of Western New York.

"Having this testing now locally is very important for us to get a better understanding of what's going on in our communities - especially with asymptomatic spread," Pettit said. "Cause those tests have just not been available - so being able to do this and test 500 to 600 each day... we're doing 1,500 a week... it's very important for our community."

Pettit also points out, "Our numbers may not be as high as a Monroe County or Erie County when you look at the total number of positives, but if you look proportionally we have just as high a positivity rate."

He says they also want accurate "numbers" on which decisions are based and that may be a challenge with difficult data as they put it.... even from Albany. "What we're pushing out from the local health department needs to be factual, actual, local data. And sometimes what happens on the state level - there's a bit of a lag you know because the lab reports come in differently throughout the day. And that information isn't vetted yet. So sometimes they're non-county residents. Sometimes they're duplicates in the system."

Pettit stresses they are also closely watching the new standard: their hospitalization rate.

"We have anywhere from 10 to 13 percent of our active cases in the hospital right now in Genesee County. Which is a fairly significant amount and they' re not all here in Genesee. They're in the region - they may be in Rochester or Buffalo - but they're obviously attributed to us. Both normal beds and ICU beds - we're seeing those fill up fairly quickly in the region and it's gonna be a problem for us."

Click here for more information on how you can pre-register for this rapid testing clinic in Genesee and Orleans counties. 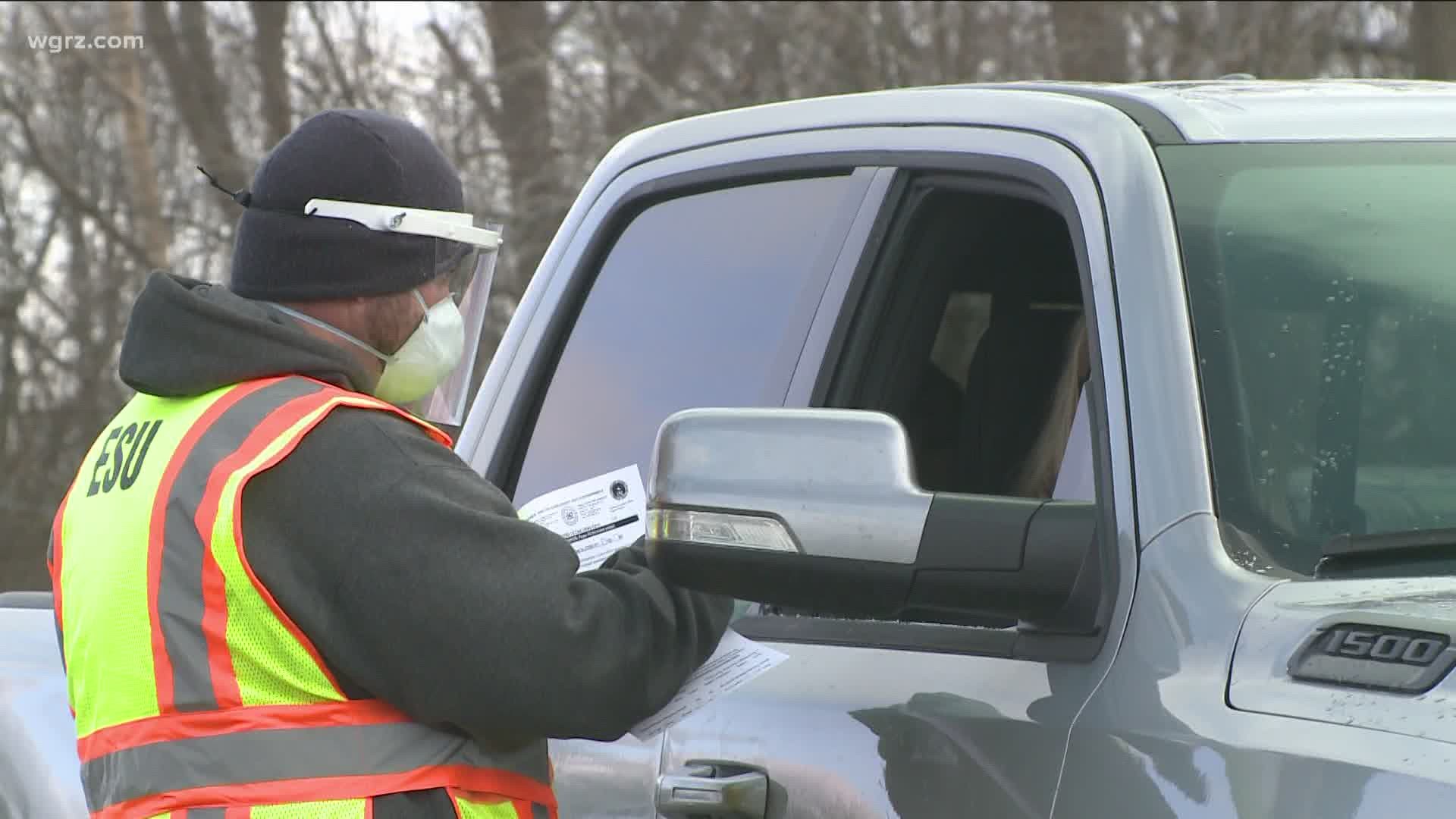 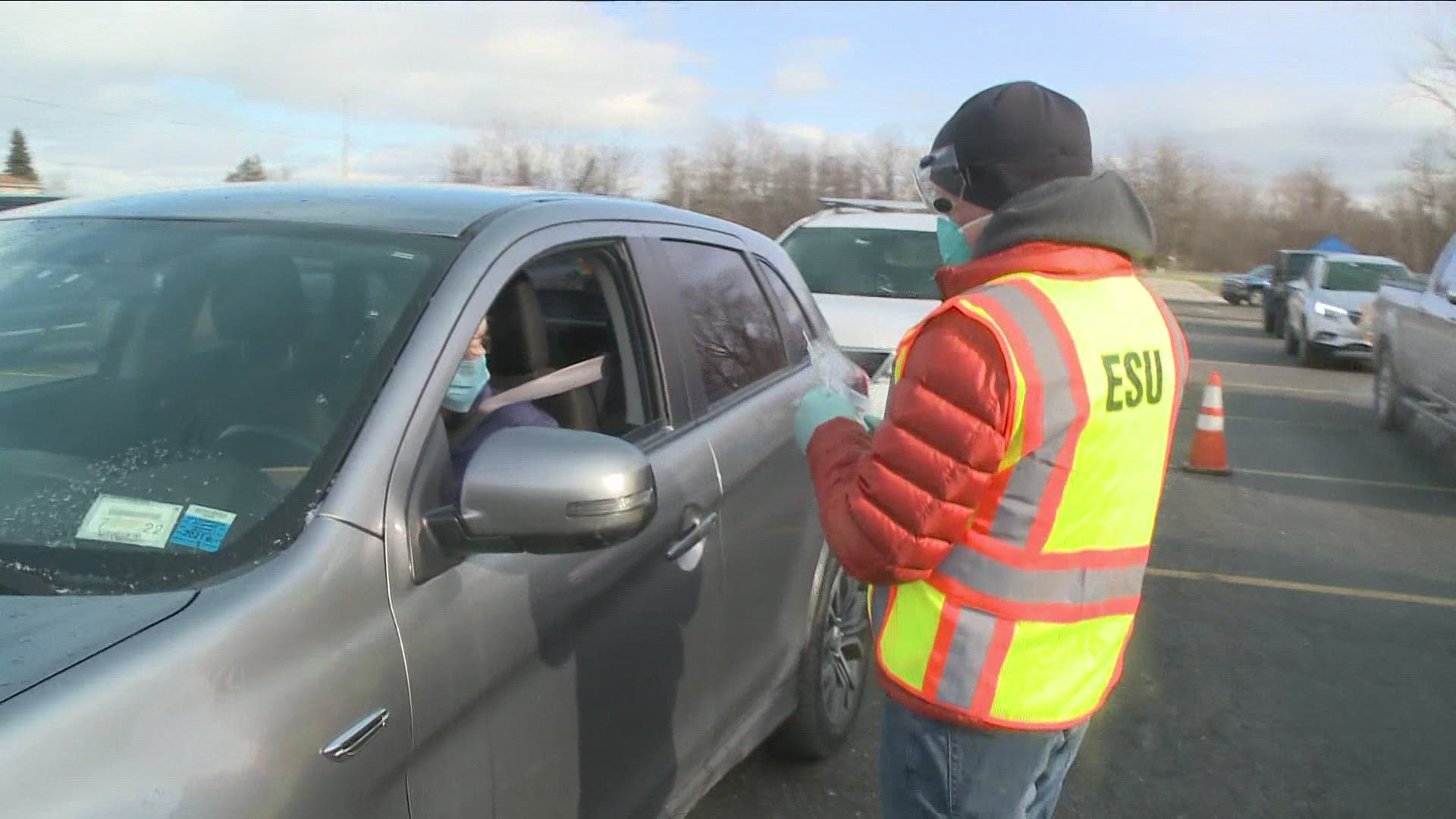