Future of the Boulevard Mall in question

While it was built in 1962 and may be showing its age somewhat as a retail center – the Boulevard Mall on Alberta Drive in Amherst is still a strong drawing card even in competition with more online options. 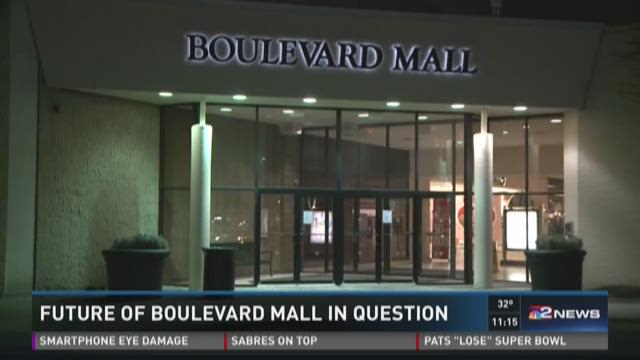 AMHERST, N.Y. -- While it was built in 1962 and may be showing its age somewhat as a retail center – the Boulevard Mall on Alberta Drive in Amherst is still a strong drawing card even in competition with more online options.

"It does have good stores and it's convenient," says one shopper.

"Sometimes you could shop online but a lot of times you need to go into a store and browse around -- if this closes I'd have no other option but to hike over to the Galleria Mall or Outlet Mall," says another.

That's why word of the mall's owner – Cleveland based Forest City -- putting it up for sale and having to cover a reported $90 million dollar loan for a Florida based firm that holds the loan sends a shiver to town officials as well.

"It would be terrible to have that property be underutilized," said Steven Sanders, Amherst Deputy Supervisor.

When asked about that pending payment and the status of the marketing of the mall Forest City would only issue a statement perhaps signaling some financial wiggle room.

"Ongoing discussions between the mall's owner and its lenders are not expected to have any impact on the mall's operations, hours, tenants, or guests in the foreseeable future," says the emailed statement from J.B. Linton, of Forest City Realty. "In short it's business as usual at Boulevard Mall which remains a key retail destination for Greater Buffalo and asset for the community."

Despite the expected spring closing of the Sears store, there is still hope for some revitalization of the mall and the property itself is still attractive

"Being close to Niagara Falls Boulevard and Sheridan, it's a got a lot of traffic and it's a great property so something has to happen," Sanders said.