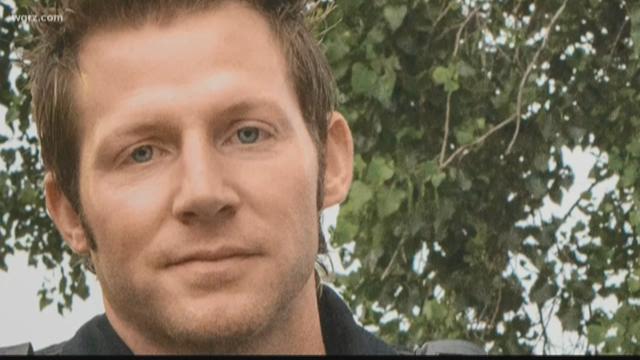 Officer Lehner died Oct. 13 during a training exercise with the Buffalo Police Underwater Recovery team in the Niagara River.

Members of the Buffalo Police Department, including his partner Tommy Champion spoke of Lehner's love and dedication for his job,especially for his K-9 Shield. Champion was able to tell stories about Lehner as a police officer and Lehner as a great human being.

Hundreds of WNYers lined the streets in downtown Buffalo to witness and pay their respects as the procession made its way to Forest Lawn Cemetery.

Several hundred of those onlookers were made up of the students from Canisius High School along on Delaware Avenue. Staff said about 800 of their freshman through seniors filed into the streets and stood silent, as Officer Lehner's casket passed their school.

"Personally, for me, I was speechless," John Minogue, a senior at Canisius, said. "Just saddened and at the same time, uplifted by the fact that everyone came together to show their respects to Officer Lehner. As you guys heard earlier, he's just a great man, great officer and what he did for our community as well as all officers do for our community, it's just we could never repay them for that. But we did the best we could by standing on the sidewalk today for them." 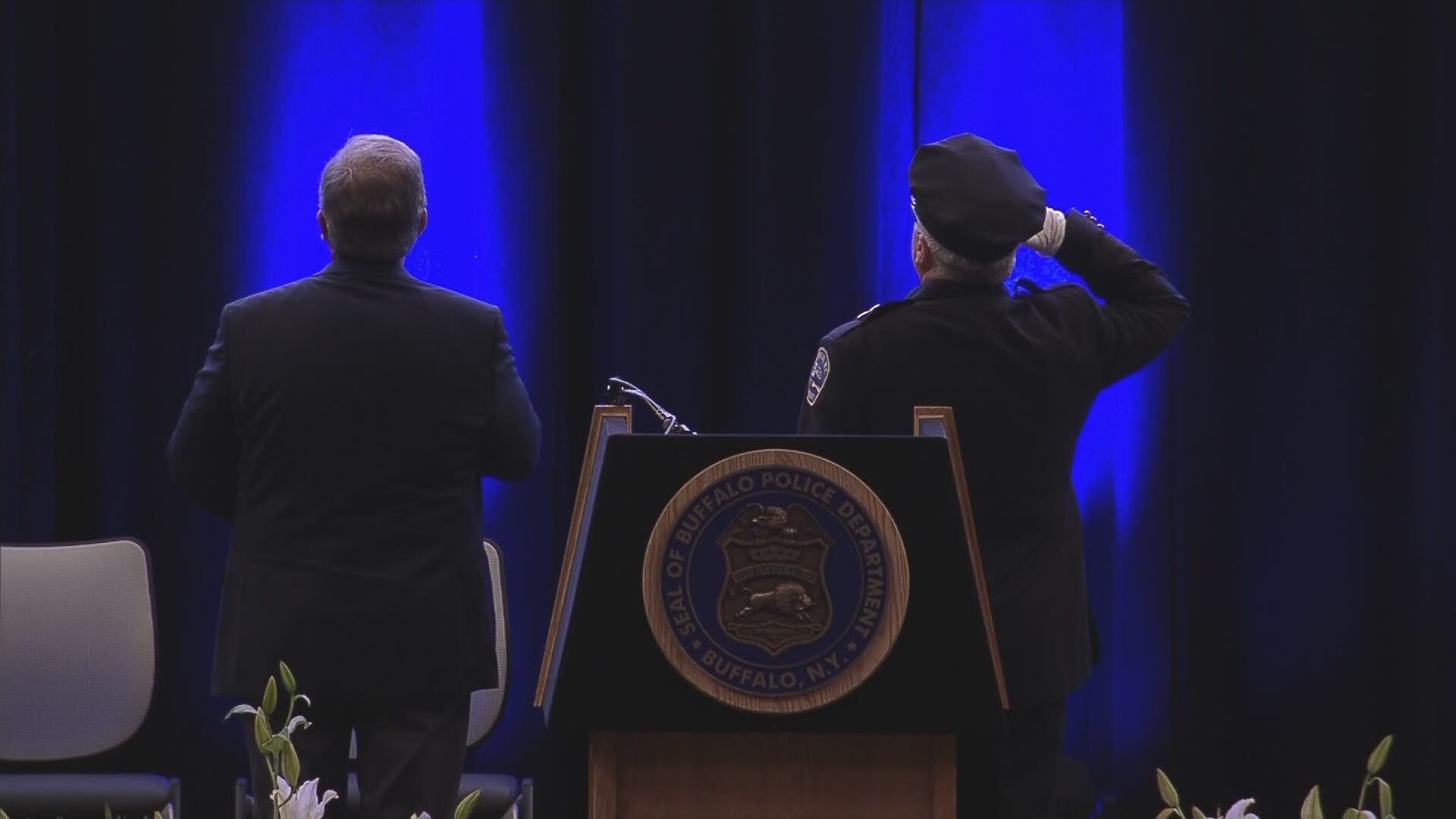 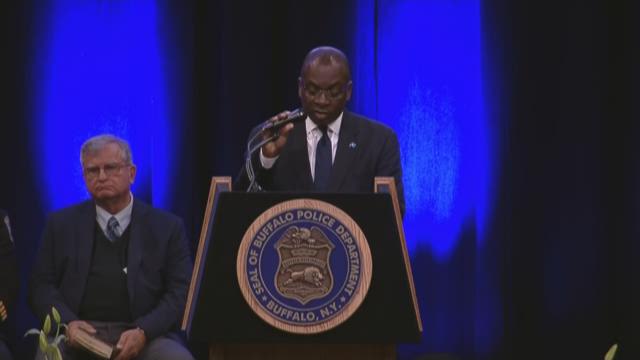 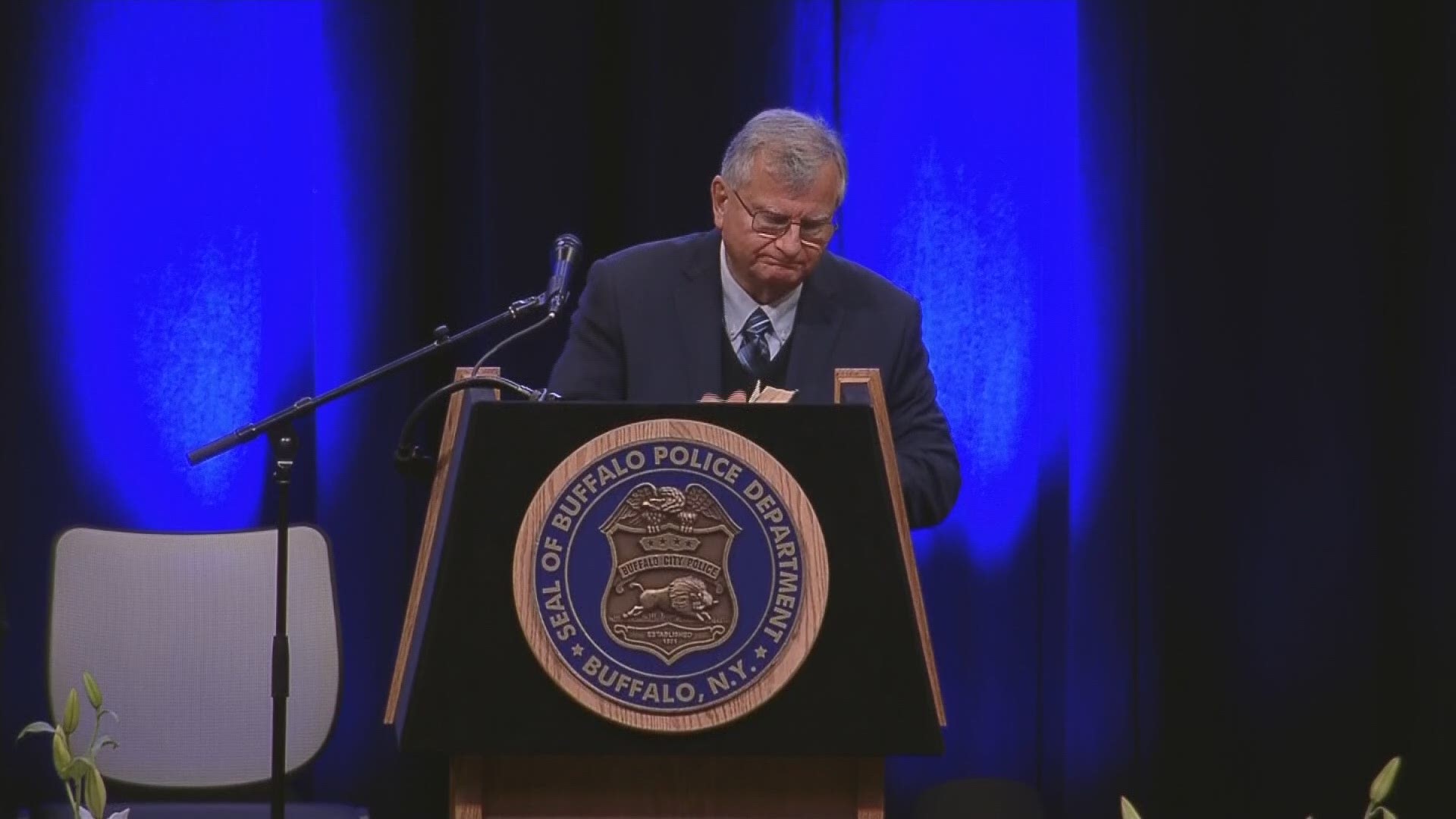 Complete coverage from the funeral service

— 2 On Your Side's tribute to Officer Lehner

— Community comes to together along the procession

— Wednesday was a day to honor Officer Lehner and his service