Frozen, Tootsie, To Kill a Mockingbird to have national tour launch at Shea's Buffalo

Three shows are part of the M&T Bank Broadway Series and are expected to have an economic impact of more than $25 million. 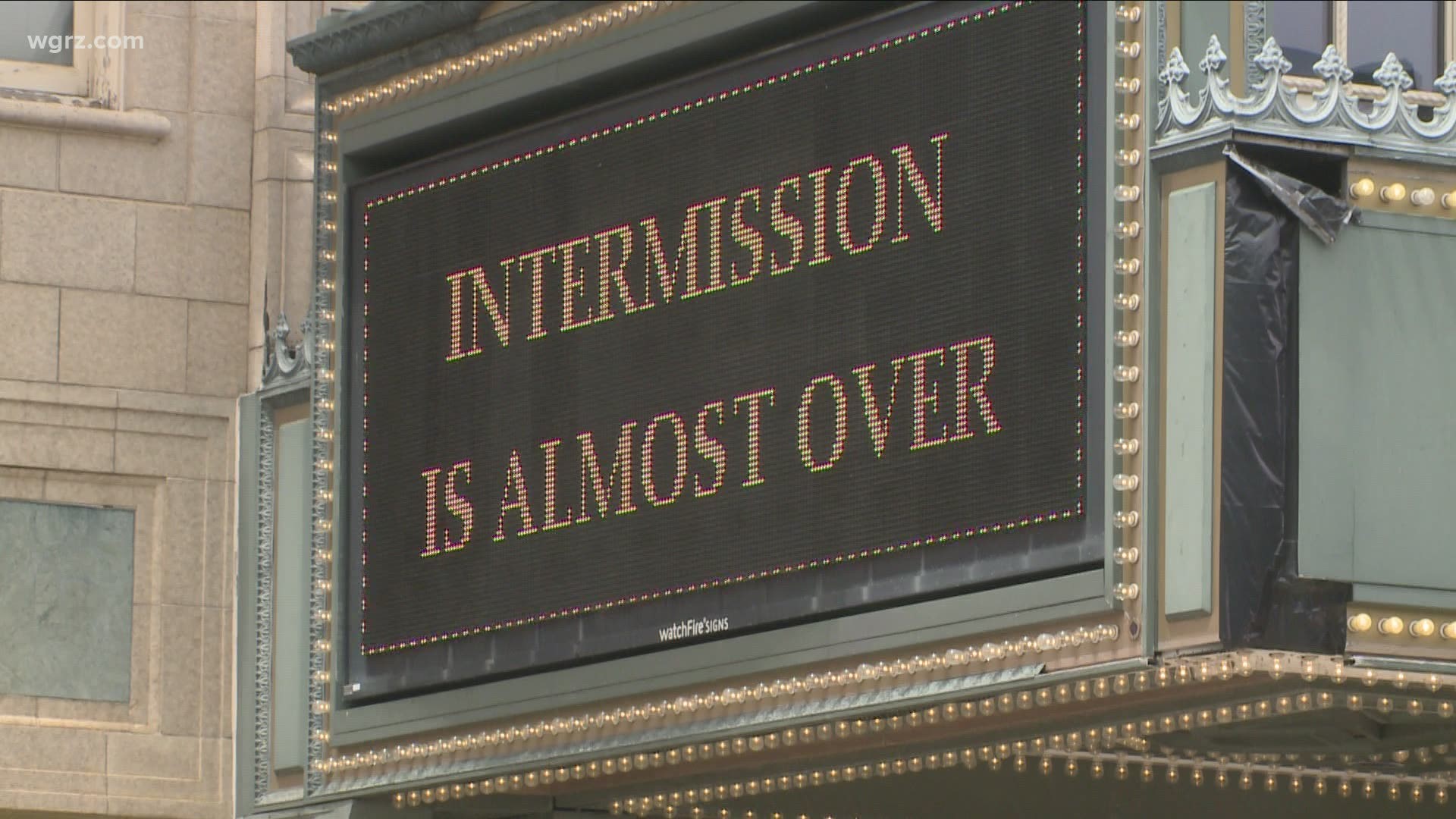 BUFFALO, N.Y. — Broadway is making a triumphant return to the Queen City with the announcement Monday that three shows will launch their national tours right here in Buffalo.

Shea's officials, as well as local and state leaders, were on hand to reveal that Disney's Frozen, Tootsie and To Kill a Mockingbird will arrive three to six weeks prior to the performance dates to conduct technical rehearsals and other pre-tour activities. The economic benefit from travel, hotels, restaurants, parking and other businesses patronized by both theatregoers and production staff is expected to be more than $25 million.

“Shea’s is thrilled to play host for these three remarkable shows. Finally, live theatre is back, and it couldn’t come soon enough,” said Michael G. Murphy, president of Shea’s Performing Arts Center. “Not only will these productions be spending money in our community, but they will also hire local workers and create hundreds of jobs.

"It has been a long road to get back, but the future is bright in Buffalo’s Theatre District. Arts and culture are vital for a thriving economy – which in turn builds better-connected communities while elevating the quality of life in our region.”

3 of the Broadway theater shows scheduled at Shea’s this season will launch their national tours from #Buffalo More about what that means tonight at 6 on @WGRZ TV 2 @SheasBFLO pic.twitter.com/kkzaycOsO4

The Shea's Buffalo Theatre kicks off the M&T Bank Broadway Series with the debut of Frozen in September. All CDC, state and county protocols in place at the time of reopening will be followed. Patrons will be informed of any requirements prior to the performances.

To provide a contactless and more eco-friendly way for both staff and those attending the theatre, Shea's announced it will be transitioning to mobile ticketing for all events, including those at Shea's 710 Theatre and Shea's Smith Theatre. This will also reduce the risk of lost, stolen or counterfeit tickets. 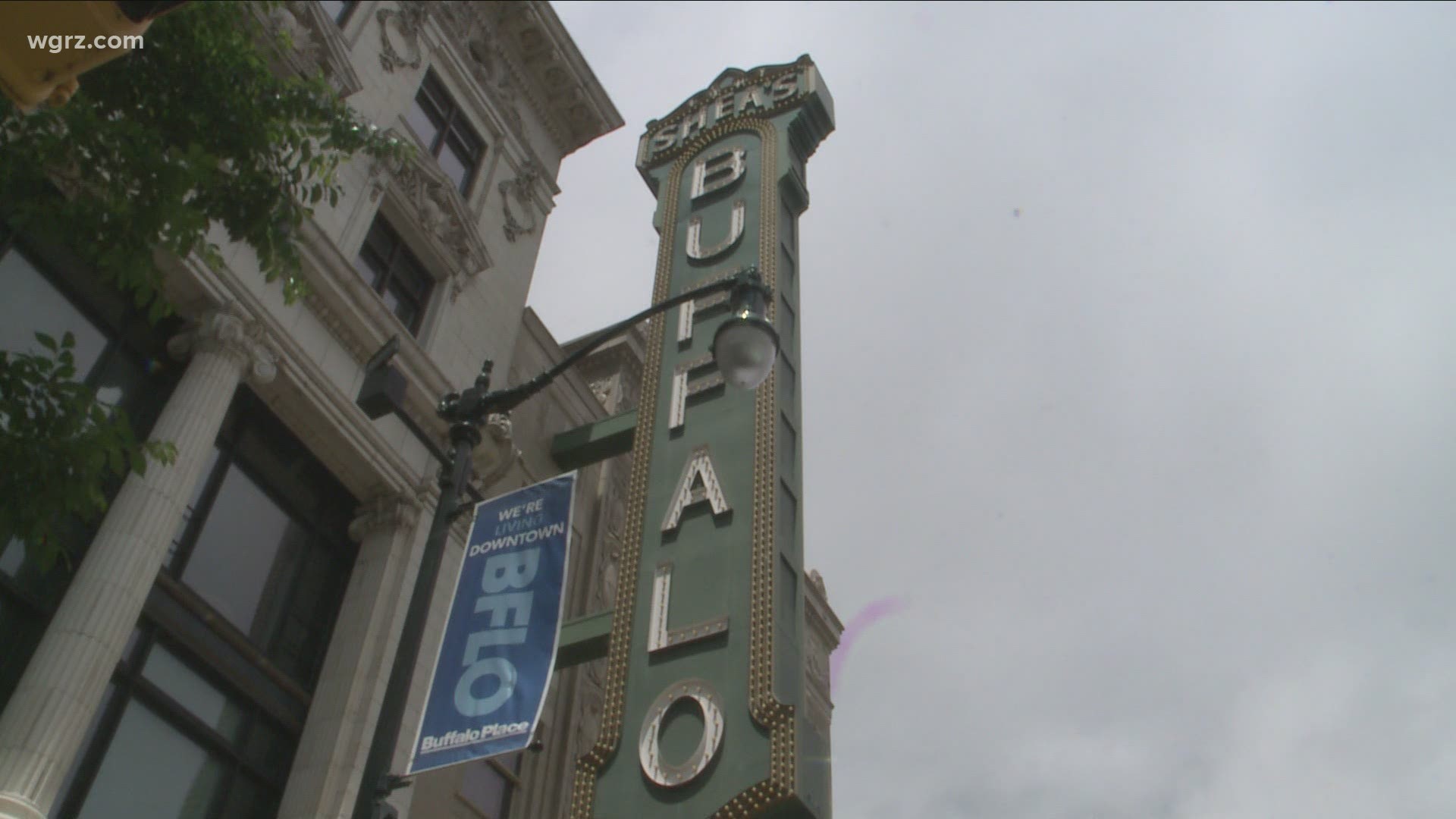 From the producer of The Lion King and Aladdin, Frozen, the Tony®-nominated Best Musical, is now on tour across North America, and the critics rave, “It’s simply magical!” (LA Daily News). Frozen features the songs you love from the original Oscar®-winning film, plus an expanded score with a dozen new numbers. An unforgettable theatrical experience filled with sensational special effects, stunning sets and costumes, and powerhouse performances, Frozen is everything you want in a musical: It’s moving. It’s spectacular. And above all, it’s pure Broadway joy.

Call it “musical comedy heaven” (Rolling Stone). Call it “the most uproarious new musical in years!” (The Hollywood Reporter). Call it Tootsie! This laugh-out-loud love letter to the theatre tells the story of Michael Dorsey, a talented but difficult actor who struggles to find work until one show-stopping act of desperation lands him the role of a lifetime. Featuring a hilarious Tony®-winning book by Robert Horn and an outrageously clever score by 2018 Tony-winner David Yazbek (The Band’s Visit, Dirty Rotten Scoundrels), this New York Times Critic’s Pick is “a joyful delight” (The Washington Post) that’s “so packed with punchlines, it should be called a jokebox musical!” (Bloomberg). “In these turbulent times, when the world seems out of balance, we need a place to let the good times roll,” raves Rolling Stone. “Tootsie is it!”

All rise for Academy Award-winner Aaron Sorkin’s adaptation of Harper Lee’s Pulitzer Prize-winning masterwork, starring Emmy Award Winner Richard Thomas as ‘Atticus Finch.’ The New York Times Critic’s Pick To Kill A Mockingbird is “the most successful American play in Broadway history (60 Minutes). New York Magazine calls it “a real phenomenon. Majestic and incandescent, it’s filled with breath and nuance and soul.” With direction by Tony Award-winner Bartlett Sher, To Kill A Mockingbird — “the greatest novel of all time” (Chicago Tribune) — has quickly become “one of the greatest plays in history” (NPR).