Fredonia hands out over 40,000 bottles of water as village works to resolve water issues

The mayor says the village began fixing some things over at the water treatment plant, including replacing the water filter beds, on Monday. 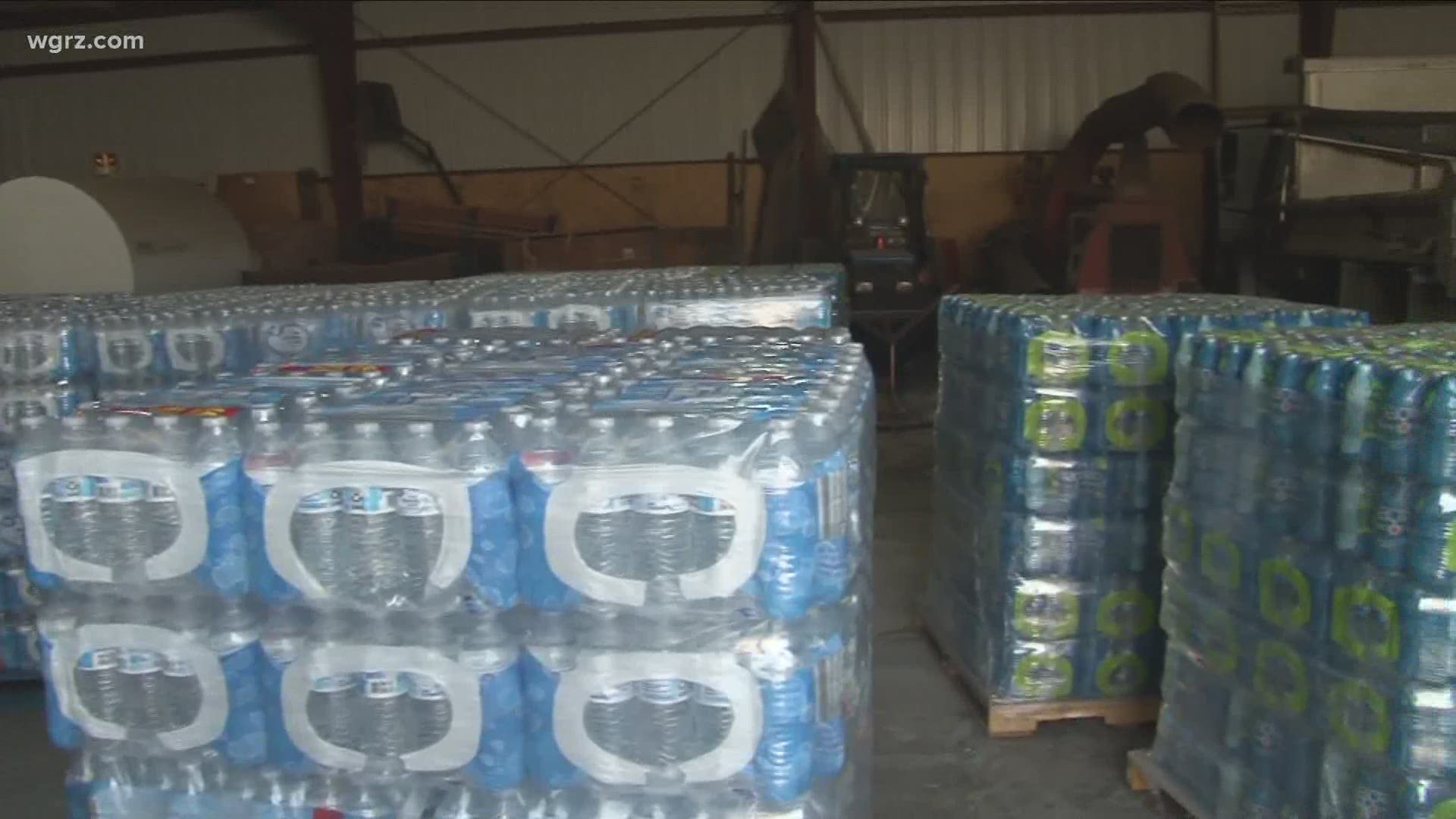 FREDONIA, N.Y. — So many students are adapting to a new academic year. At SUNY Fredonia, it's not just their studies that they have to worry about, but now it's also having clean drinking water.

"It kind of just came out of nowhere with everything else going on," said SUNY Fredonia junior Tommy John. "So it was kind of like another layer of frustration. But the residence halls are being super nice."

He says his residence hall is handing out five bottles of water to each resident at his dorm.

"We can't brush our teeth with it so we have to use our bottles of water to brush our teeth and stuff," John said. "We just can't drink it. We have to boil it, which is not that bad. It's just time-consuming."

While he is able to boil his water, not every student can.

"Our main focus has been on the college campus students," said Fredonia Fire Chief Ryan Walker. "They have roughly 1,900 students there who do not have the means or the ability to boil water in their dorm rooms."

Walker says this is the first time the village has handed out bottles of water to people during a water boil advisory. All of it was donated by Walmart, Home Depot and the FEMA stockpile from the state.

On top of that, he says a tanker truck with 5,000 gallons of water will be on SUNY Fredonia's campus Wednesday afternoon.

Whether you're a student or not, the village still has 54,000 bottles of water on hand they are passing out.

That's after the water was deemed by the Chautauqua County Department of Health to be too cloudy and have "disease-causing organisms."

He said on Monday, the water filter beds started to get changed and there are also some changes being made at the water treatment plant.

Essek told 2 On Your Side last week that the issue should be resolved by Friday. Now he's saying that may not be the case based on what the health department says.