At a Monday afternoon news conference, Paul Snyder of the Chautauqua County Public Health Department said the water quality has not improved enough. 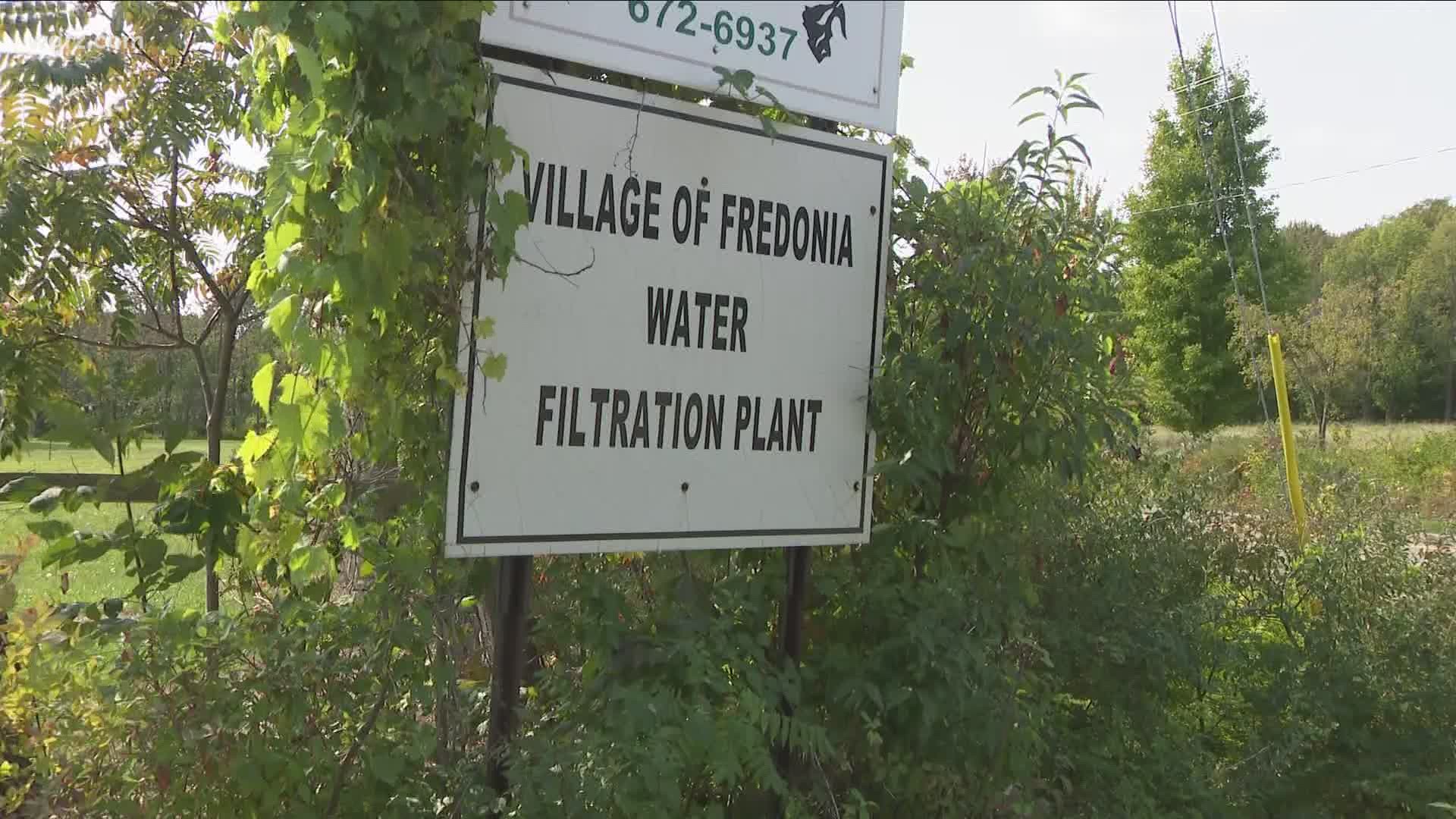 FREDONIA, N.Y. — The signs were good that the end was near for the boil water order issued to customers of the Village of Fredonia’s water system. Recent testing showed continuing improvement in water quality.

But at a Monday afternoon news conference, Paul Snyder of the Chautauqua County Public Health Department said water quality has not improved enough.

“The boil water order will stay in place until we see consistent numbers that are in compliance with state standards," Snyder said.

The Health Department issued the advisory on September 10. All customers of the village system are asked to boil water used for drinking and cooking.

***BREAKING***
Village of Fredonia Mayor Doug Essek and Chautauqua County Public Health Department announce water quality has improved but not enough to lift boil water order. The order has been in place since September 10th.@WGRZ pic.twitter.com/E9t6iusI2K

The issue is algae. An algae bloom emerged this summer in the village reservoir. A lack of rain and warm temperatures are blamed for helping the algae grow large enough to overwhelm the village water treatment plant.

The plant was scheduled to have its filtration beds re-built earlier this year. But the COVID-19 pandemic made materials harder to get.

In the last month, the village has scrambled to get three of the four filtration beds done. That’s enough to support the water demand. But, the turbidity (or cloudiness) level in the water has fallen just short of state standards.

In recent weeks, village government has arranged to help get clean water to customers. A water tanker sits on the campus of SUNY Fredonia, and a water distribution effort has put 6,000 cases of bottles water in the hands of customers.

Mayor Doug Essek says his office will be looking into continuing both efforts.

"We want to continue to provide our residents with clean drinking water to assist them in addition to boiling their water as well," Essek said.

When pressed by reporters, neither Essek or Snyder would suggest when customers might be able to stop boiling their drinking water other than to say they hope it will be soon.