Former women athletes sue Canisius College, allege they were harassed for being lesbians 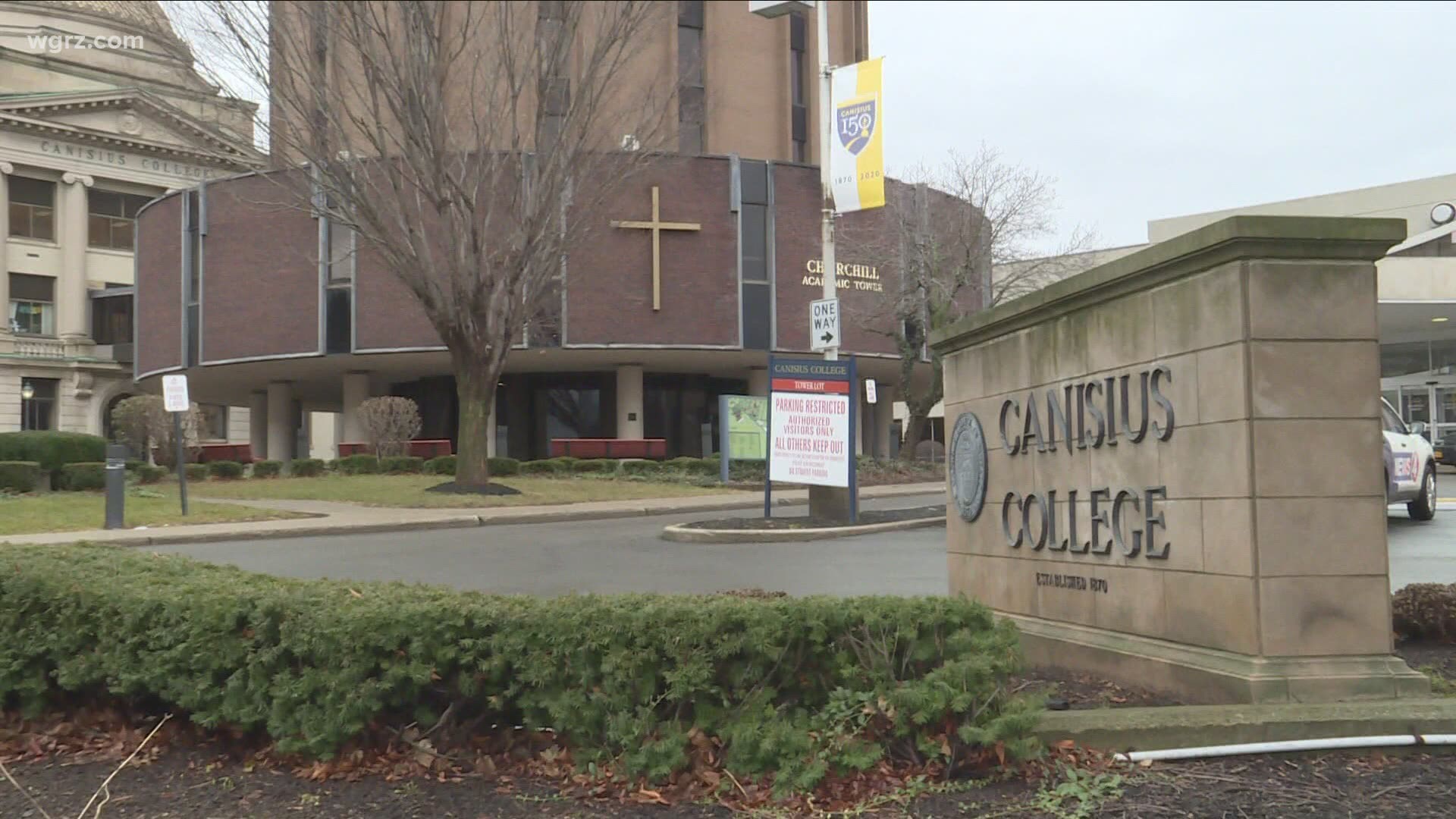 BUFFALO, N.Y. — Three former female members of the Canisius College track and cross-country teams have filed a federal lawsuit against the school, the head coach, the athletic director, and a former male student-athlete.

The plaintiffs are only identified as JD1, JD2, and JD3. In the lawsuit filed yesterday, they claim they were “irreparably harmed through the discriminatory, harassing, negligent and illegal actions of the defendants.”

The suit also alleges Nate Huckle, the head coach of the Canisius track and cross-country teams harassed and promoted a hostile environment against lesbians. In the filing, plaintiffs JD1 and JD2 state they are in a same-sex relationship and that Huckle disapproved of it.

Also alleged in the lawsuit, is that the track and cross-country teams fostered an environment that condoned sexual abuse against female athletes. Specifically, that male athletes on the teams would provide marijuana and alcohol to underage female athletes to take advantage of them once they were intoxicated.

The suit further alleges that in August of 2016 a male member of the track team sexually assaulted JD2 in his on-campus dorm room after an off-campus party.

When 2 On Your Side reached out for comment, the college provided a statement which addressed the sexual assault allegation: “The key conduct concerns complained of in this lawsuit, when first brought to the college’s attention as part of internal complaints lodged back in 2018, were promptly and thoroughly investigated and adjudicated under applicable college policies.”