According to the AG's report Howard Zemsky told Lindsay Boylan he would try to speak to the governor about remarks he viewed as 'uncomfortable' and 'inappropriate.' 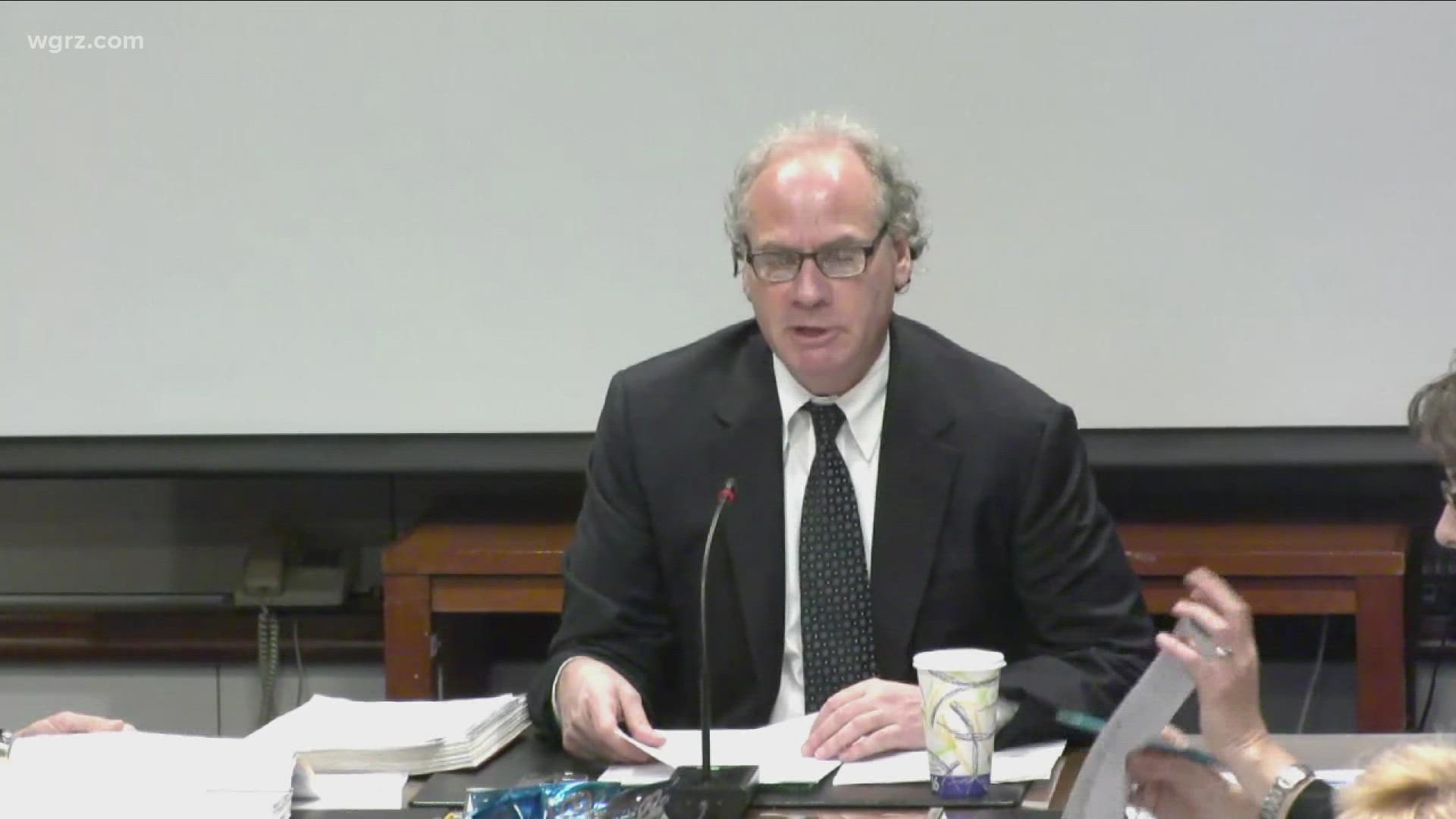 BUFFALO, N.Y. — An investigation into claims of sexual harassment against Gov. Andrew Cuomo by the office of the New York State Attorney General, which concluded that Cuomo engaged in a pattern of such behavior, has left the three-term governor's future in office on shaky ground.

Among several women whose claims the AG's office found to be credible, one might say that Lindsay Boylan was the one who got the ball rolling.

Boylan was the first of the women to go public in her claims, starting with a series of tweets last December, including one which read in part

"Yes, Governor Cuomo sexually harassed me for years. Many saw it, and watched."

Two months later, in February of this year, Boylan posted an online essay through Medium, which began with the words, "Let's play strip poker."

Boylan claimed Cuomo made that remark to her on the governor's plane after an event in Western New York in October of 2017, and that it was one of many inappropriate remarks Cuomo made to her, along with unwelcomed touching and kissing.

At the time Boylan held a high-ranking position at Empire State Development Corporation, a state agency that steers many of the state's economic development efforts.

In her role, Boylan reported to the head of the agency, Howard Zemsky of Buffalo.

Zemsky was purported to be among those who sat in close proximity on the governor's plane when the "strip poker" remark was made.

In what the Attorney General's report characterizes as attempts by top aides to the governor to discredit Boylan after she went public (in part by leaking her personnel files to media outlets), they also drafted a statement where they asked others, who may have been present, to add their names to, and avow that such a conversation never happened.

Zemsky agreed to have his name attached to it.

But later, while speaking under oath to investigators, the report says

"Mr. Zemsky testified that he in fact did recall the governor making a comment about 'strip poker' on a plane and that the statement was directed at Ms. Boylan."

Zemsky also expressed his belief the remark by the governor was “a facetious comment in jest."

Governor Cuomo, during his testimony to investigators, not only denied making the remark, but according to the report, "The governor went on further to testify that he does not remember ever saying the words 'strip poker' in his life."

The report notes that even prior to this, Boylan had conveyed to Zemsky her increasing uneasiness about the Governor's behavior toward her, not only through remarks about her appearance but also unwanted touching.

"Over time, Ms. Boylan noticed that the governor seemed to be making comments about her regularly, including by commenting on her appearance and attractiveness, and would casually touch her on the lower back, waist, and legs," the report said.

The report state's further, "The Governor’s conduct and the attention he was giving Ms. Boylan was noticed by others, including her supervisor, Mr. Zemsky, who testified that he told Ms. Boylan that he thought the Governor had a 'crush' on her. In light of the Governor’s comments, which Mr. Zemsky thought were 'uncomfortable' and 'inappropriate,' Mr. Zemsky asked whether Ms. Boylan wanted him to 'get involved or try to make a change' in the Governor’s behavior. Ms. Boylan responded at the time that she was 'OK' and would 'handle it.' ”

In February of 2018, Boylan officially joined the Executive Chamber and became Deputy Secretary for Economic Development and Special Advisor to the Governor.

She told investigators that near the end of her time in the Executive Chamber, she was at the Executive Mansion in the main foyer area when the governor’s dog began to scratch her.

"Ms. Boylan testified that the Governor saw this and remarked, “Well, if I was the dog, I’d mount you too.”

Ms. Boylan said that in response: "I think I kind of would laugh awkwardly or something. I don’t even know. Things were so far gone past appropriate at that point, and there was no reaction to his deeply inappropriate things, and I didn’t want to create problems for myself, and I didn’t know what to do, so I would just try and not react."

The governor denied having made such a remark to Ms. Boylan, and said it was a “gross and vulgar statement” and he would not say that to “anyone under any circumstance,

2 On Your Side was unable to reach Zemsky for comment for this story. Meanwhile, Boylan has been credited by some of Cuomo's other accusers for giving them the courage to come forward, after she became the first.