For sale: $50 million worth of Tesla's unused solar manufacturing gear

No longer needed at Elon Musk's Buffalo factory, Empire State Development is now trying to find a buyer or use for the machinery. 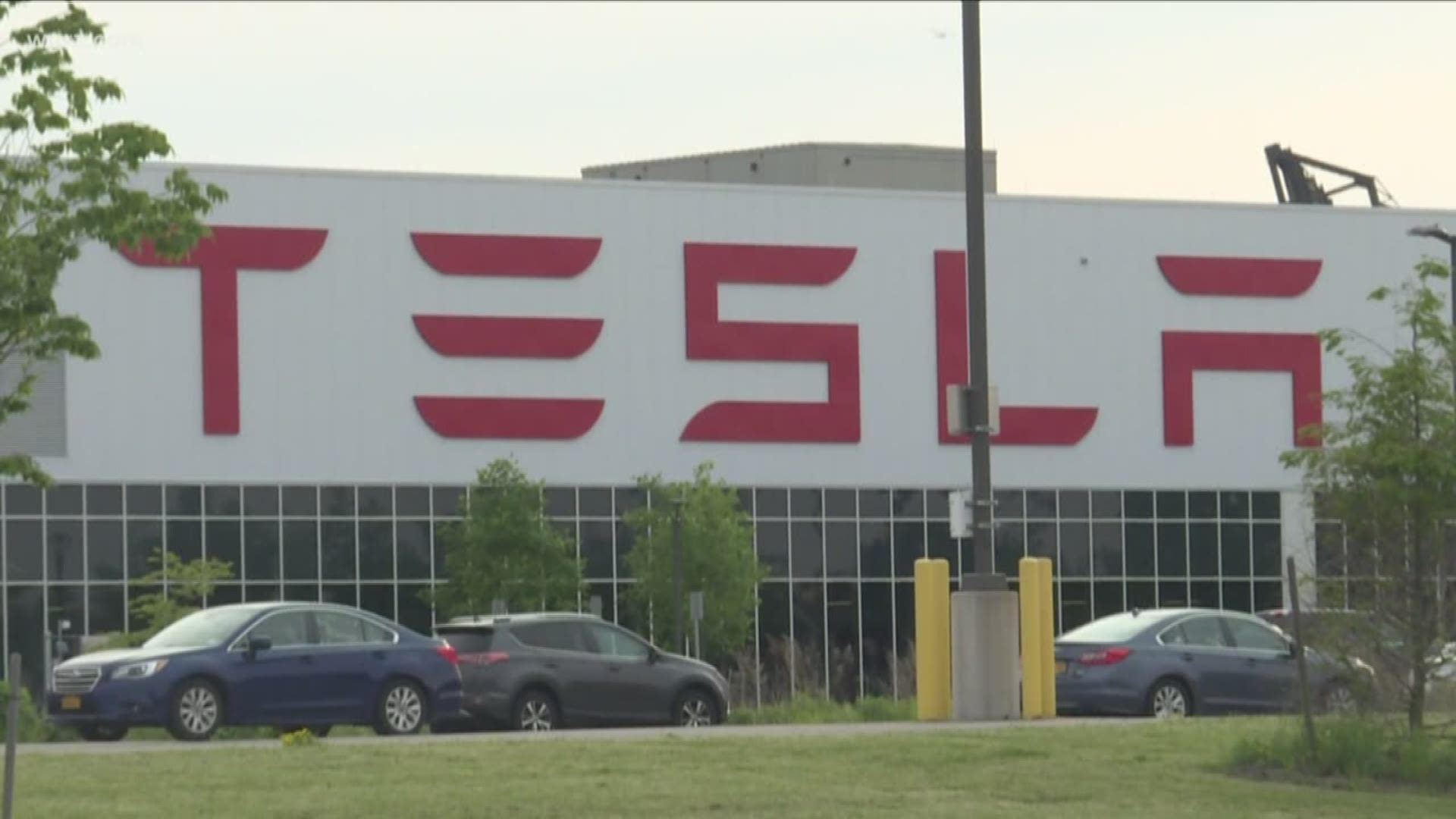 BUFFALO, N.Y. — You paid for it and now Empire State Development (ESD) is trying to figure out what to do with it.

The lead economic development agency for New York State government is trying to figure out what to do with $50 million of solar manufacturing equipment no longer needed at the Tesla plant in South Buffalo.

The deal that brought Tesla to Western New York required the state to pay for the building and equipping the huge solar manufacturing facility. Tesla pays just $1 a year in its lease.

The idled equipment is taking up tens of thousands of square feet in the Wheatfield Business Park. 2 On Your Side was first to report on the secretive movement of crates, pallets and machinery. Tuesday, ESD estimated the unused equipment cost roughly $50 million.

To put that number in context, state documents disclose the total spent on equipment for the Tesla factory is just short of $300 million. That means the idled equipment represents one of every $6 the state spent on this equipment.

Asked about the state-purchased, unused equipment Erie County Executive Mark Poloncarz was critical, particularly about the secrecy of the deal, “When it comes to hard earned taxpayer dollars that are being provided like the purchasing of equipment for Tesla or a tax break that may be given it has to be done in the public and that way everyone is assured it was done fairly and there was no hanky-panky behind the scenes.”

A spokesperson for ESD noted three different possibilities for the unused solar machinery: selling the equipment, using it to entice another solar company to come to New York or providing the gear for academic research.

RELATED: $50 million worth of Tesla equipment sits unused in a Wheatfield warehouse