The bridge over Young Street was struck only four times total in 2018. 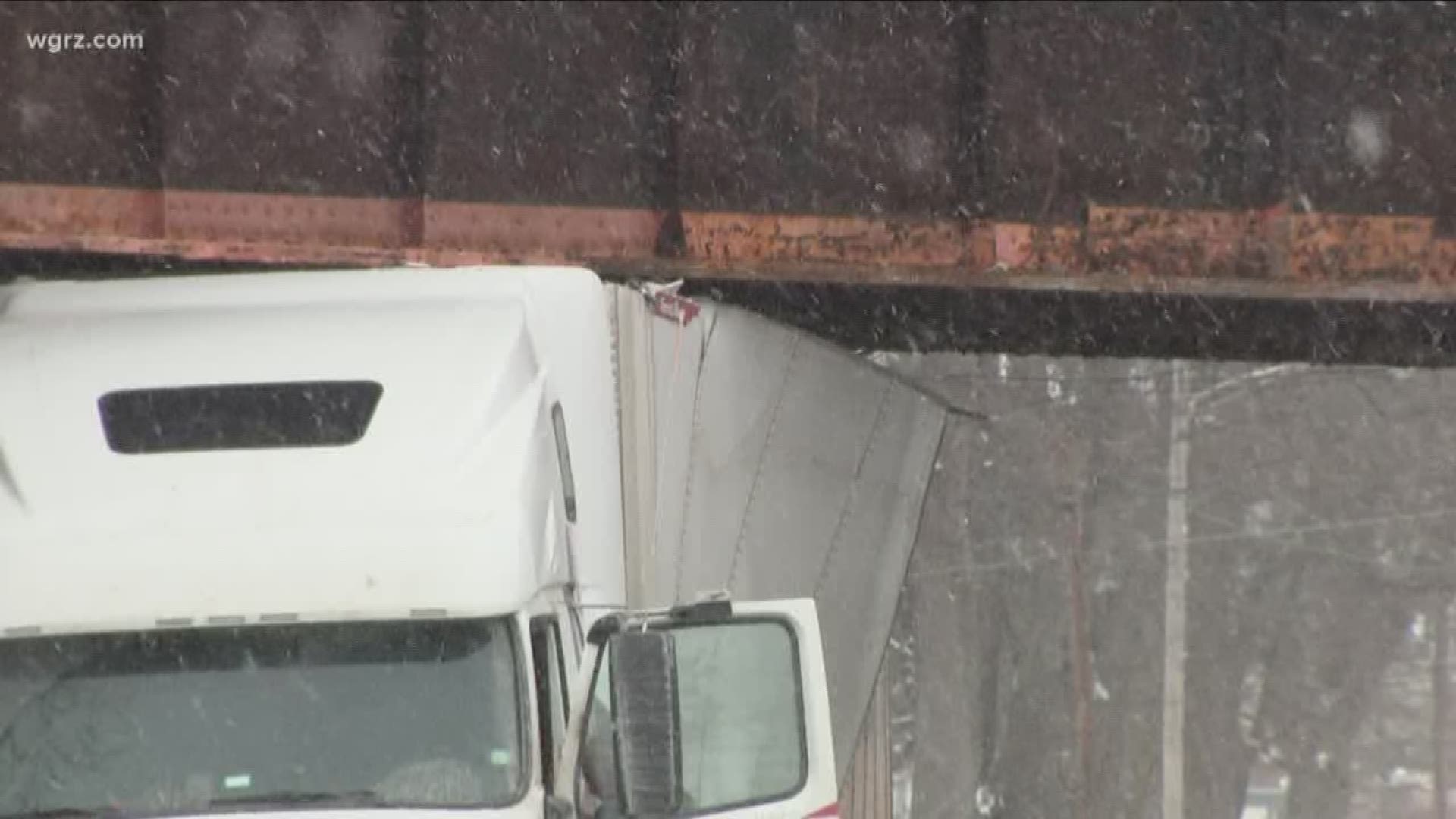 TONAWANDA, N.Y. — For the third time in 22 days, a tractor-trailer hit the bridge over Young Street in the City of Tonawanda.

The latest incident happened around 9 p.m. Monday, when a 25-year-old truck driver from Brampton, Ontario, hauling paper products hit the bridge. Initially the truck was stuck, but the driver was able to back up and drive away. 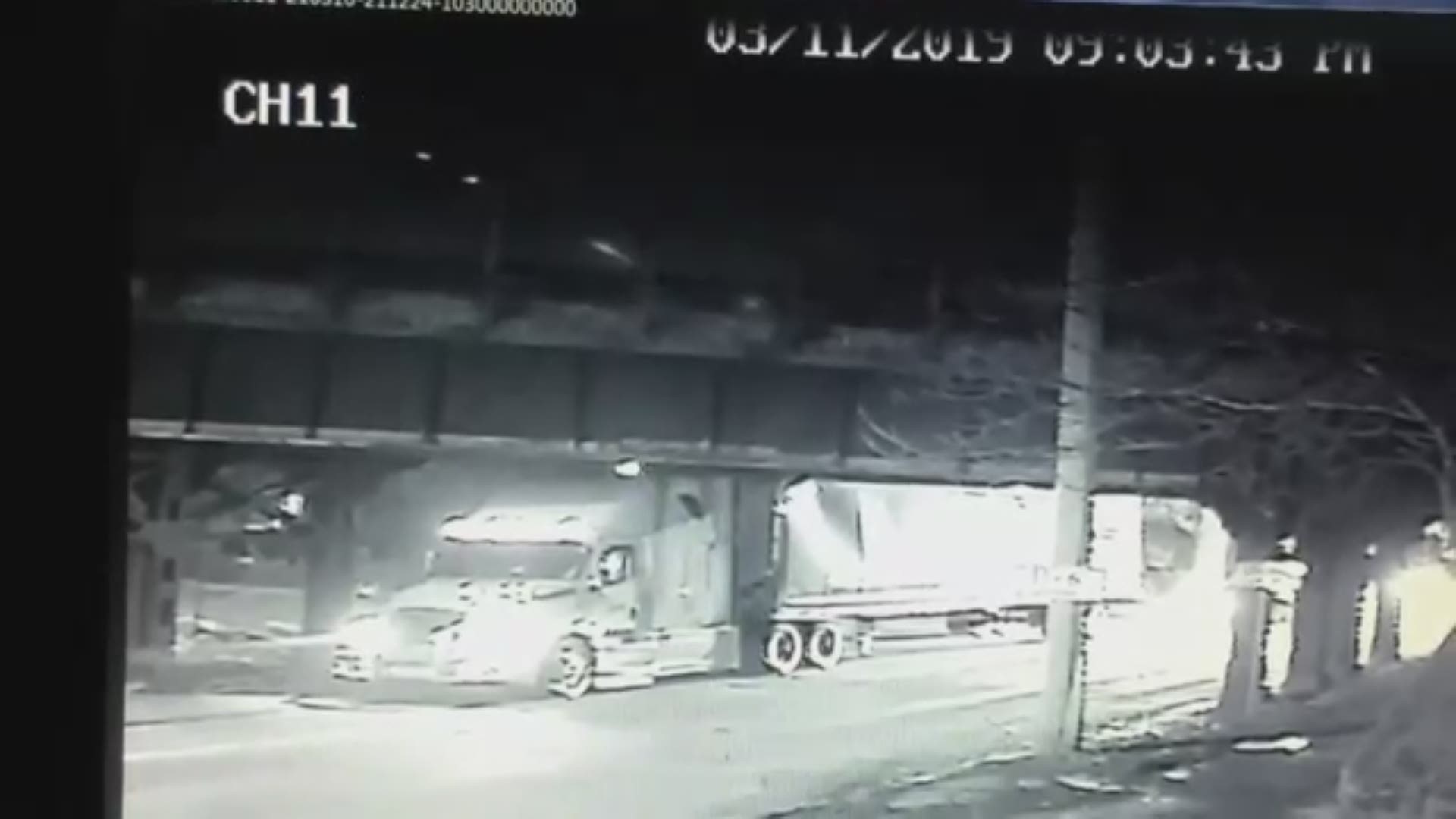 Police later caught up with the driver.

"Ironically, he told the officers at the scene, 'I forgot my commercial GPS at home," City of Tonawanda Police Captain Fredric Foels said. "He was relying on his cellphone."

Monday's incident marked the third time in 22 days that the Young Street bridge was hit by a tractor-trailer.

On February 18,  a Canadian driver got a traffic ticket after this truck loaded with Pringles hit the Young Street bridge.

Then on February 28, a 52-year-old Buffalo man was behind the wheel of the truck that hit the bridge.

The driver received three summonses: one each regarding the height and the weight of the truck, and one for a disregard of the traffic signs warning of the clearance.

Truck loaded with Pringles smashes into bridge in Tonawanda