Arthur Bovino is in WNY on a book tour for "Buffalo Everything!" which features Buffalo cuisine. 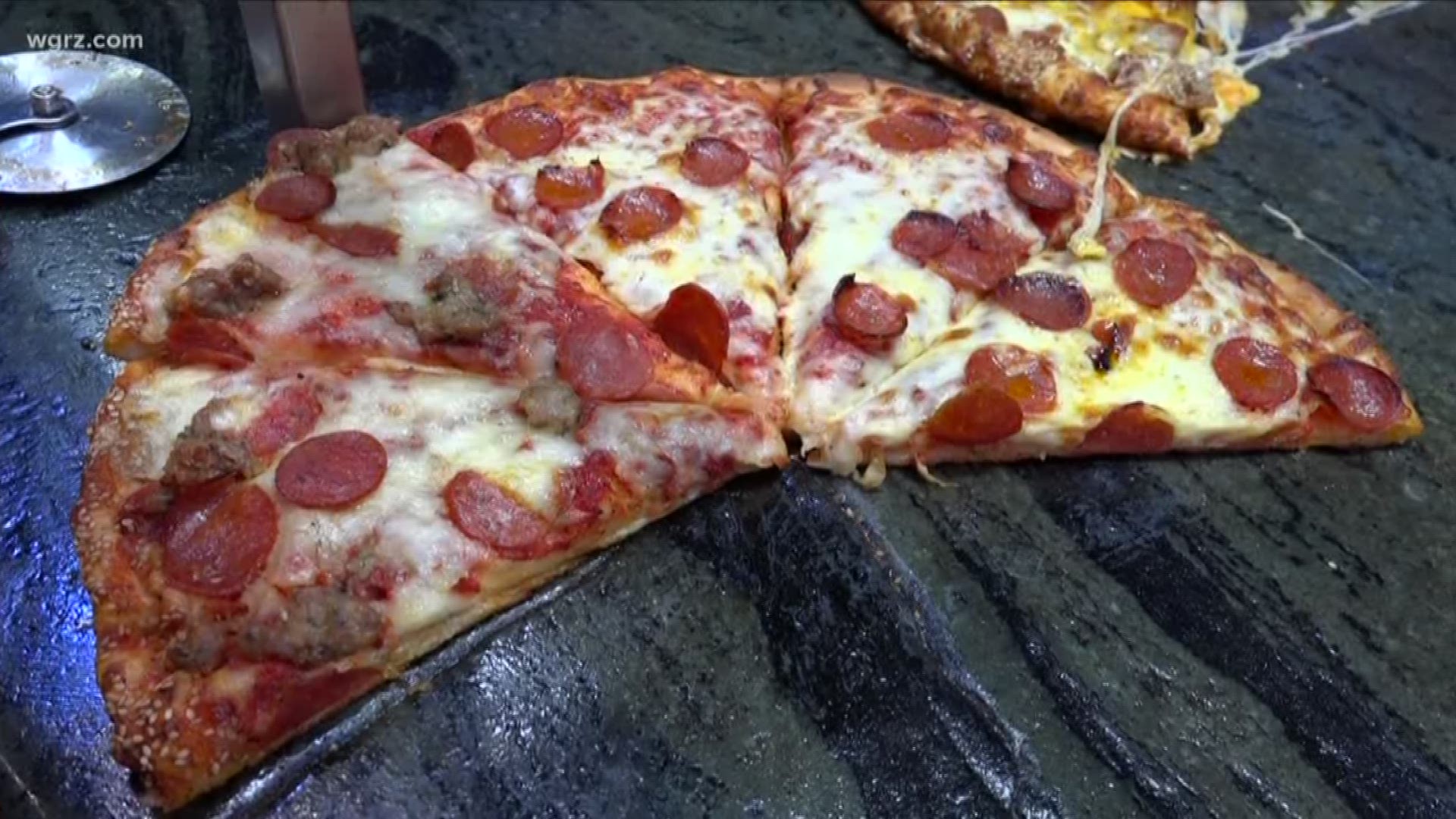 BUFFALO, N.Y. – We are celebrating Western New York with something cheesy, greasy and just plain delicious. Of course, we're talking about pizza.

"Buffalo has its own style, and I think it could be the next big style," says author Arthur Bovino.

Arthur Bovino is on a book tour for Buffalo Everything! which highlights Buffalo's food scene. If his name sounds familiar, it's because he's the guy behind the Daily Beast article professing his love for our pizza.

"There are all these iconic dishes, and then they become toppings. You'll throw on, like, stinger sandwich toppings onto the pizza, you'll throw on the banana peppers, you'll have a beef on weck pizza," he says.

But the classic, says Bovino, is the pepperoni pizza.

"Crazy amounts of pepperoni, and you get cup and char with is a baseline here in Buffalo," says Bovino.

"Explain how you judge cup and char," said 2 On Your Side’s Kelly Dudzik.

"So, it has to really pool up, it has to curl up along the edges and unless it really gets like semi-almost burnt black line around the edge and the pool of grease in the center, you're not doing it right,” says Bovino.

"How do you feel about dabbing?" asked Dudzik.

"I'm not, listen if you're dabbing, of if you're lifting the slice for the grease to come off, everything else is going to fall off, too," says Bovino.

Bovino came to La Nova about five months ago for a slice. He's a food writer who also went to culinary school and trained in the French technique, but for him pizza is where it’s at.

"Pizza has always been a passion of mine. So, pizza is kind of the way I got into Buffalo because I had been hearing about the pizza scene up here, and I had been writing this list of the 101 best pizzerias in American for years," he says.

So, he visited Buffalo for the pizza and came back several times for pizza and everything else.

"So, I wasn't aware of all of this stuff, and certainly I did not know how friendly that people were going to be when I came here to visit, I can't tell you how many times I walked into a bar and without making a big to-do I left with somebody buying me drinks and making new friends, which was something that as a New Yorker who is a little jaded maybe, and skeptical, was, melted my heart," says Bovino.

You can meet Bovino Tuesday night at the Nine-Eleven Tavern where he will be signing his book.