It's all being funded by a GoFundMe page, which was started by a local woman. 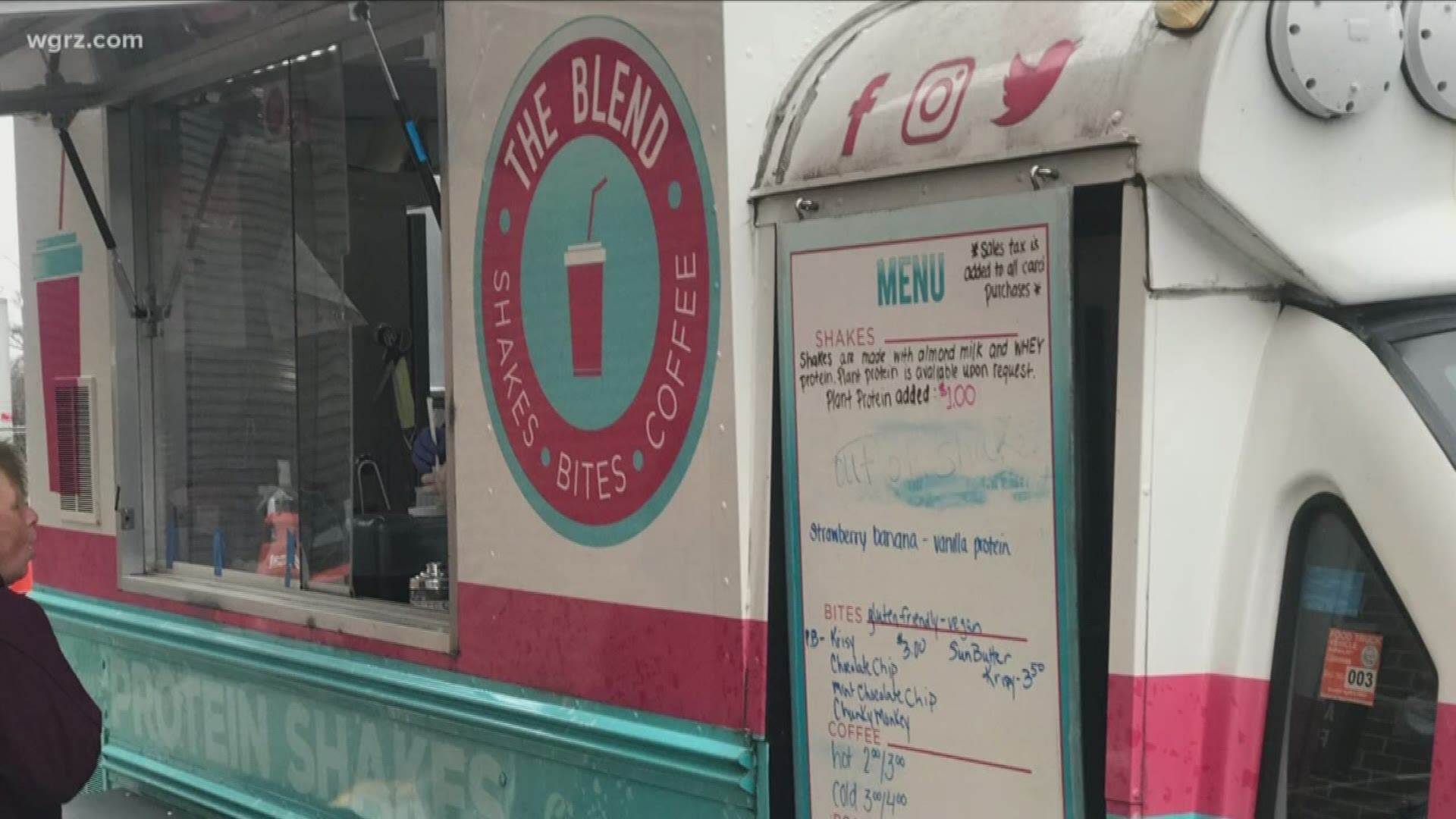 WILLIAMSVILLE, N.Y. — Food trucks are of course known for their food, convenience and hospitality. Even during some tough times for them, they're managing to take care of others.

"If we can help them out and just be that family they need right now, this is what it's all about," said Jonathan Rowan, co-owner of the Cheesy Chick.

That's just part of what inspired the Cheesy Chick to serve free meals to healthcare workers at the Millard-Fillmore Suburban hospital.

"They are working 12-13 hour shifts in who knows what conditions with that stress and so a good meal really goes a long way," said Jenna Goldsmith.

The idea came from her. Having worked in a hospital, and now in a medical spa, Goldsmith says she needed to find a way to help her brothers and sisters on the frontlines.

"I wasn't able to sew masks or to do certain things like that so I had the idea to while I was washing my hair one day in the shower. I thought we need to feed these healthcare workers," Goldsmith said.

That's when she reached out to Cheesy Chick and started a GoFundMe to pay for the meals. It has raised more than $5,000 of its $10,000 goal so far.

Last week they dropped off more than 300 meals to healthcare workers at Buffalo General and Roswell.

"The funny thing is that half of them know, half of them don't know. they're even more blown away when they say wait, 'it's free?' of course, take whatever you want," Rowan said.

Now other restaurants are joining in, including the Buffalo Blend and Wonder Coffeehouse.

"These are my family members and for them to personally message me and say thanks so much, that grilled cheese or that mac and cheese was amazing is what it's all about," Goldsmith said.

It's also meant to send an important message to the selfless men and women protecting those neighbors we all love.

"We care about them, the community cares and their efforts are not going unknown," Rowan said.

RELATED: Western New York can now feed those on the frontline of the COVID-19 pandemic