The holiday themed four-pack is available to buy at several locations throughout Western New York. 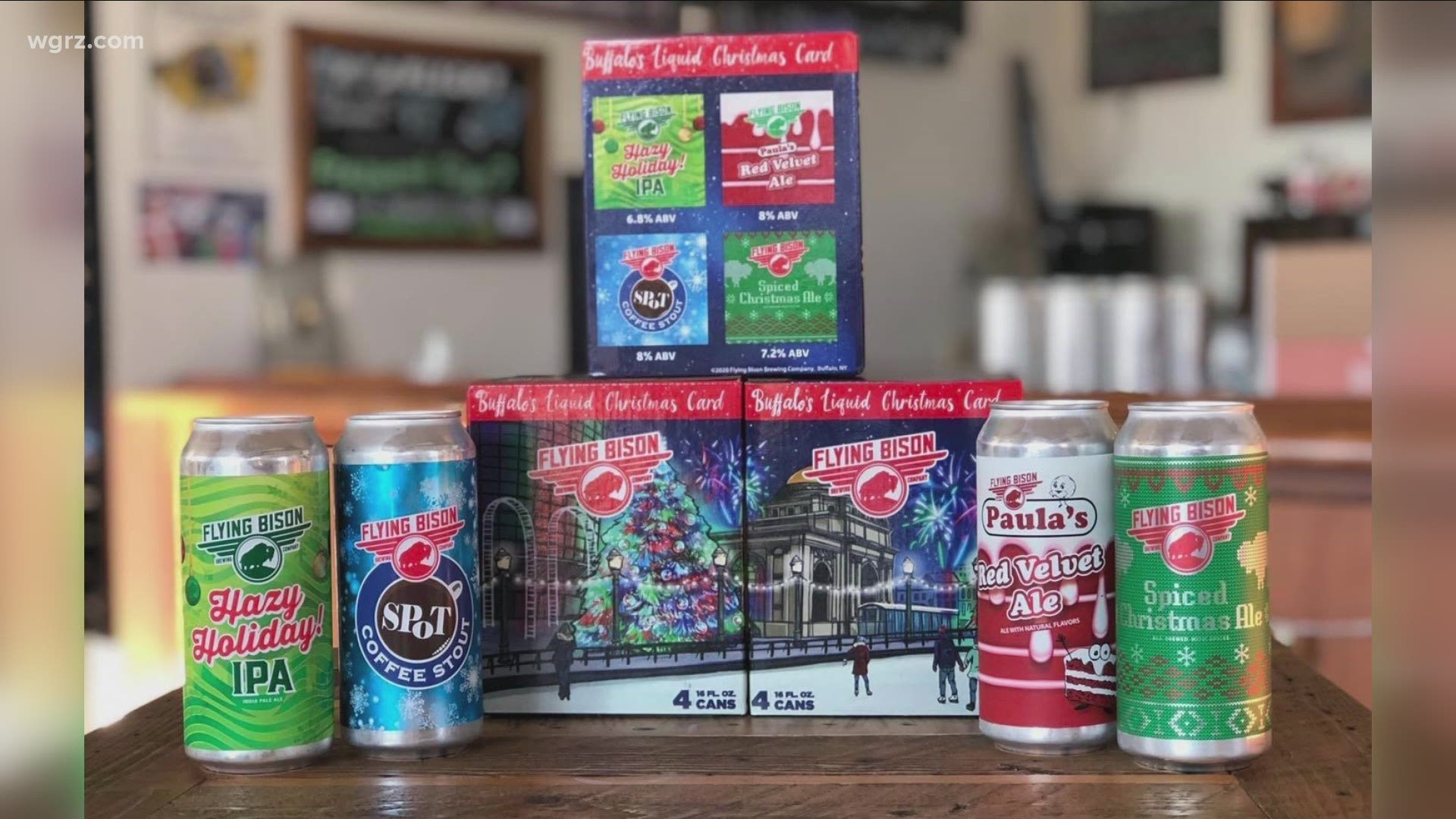 BUFFALO, N.Y. — You can skip the traditional Christmas card this year and give your loved ones a liquid card instead!

It's a four-pack of beer featuring some of Buffalo's favorites in a can.

"The hard working brewers at Flying Bison wanted to give Buffalo something to end the year on a cheerful note," said Tim Herzog, founder and General Manager of Flying Bison Brewing Company.